Almost Famous, no not a phrase you would use to describe me, it’s actually an underground Burger joint in the centre of Leeds 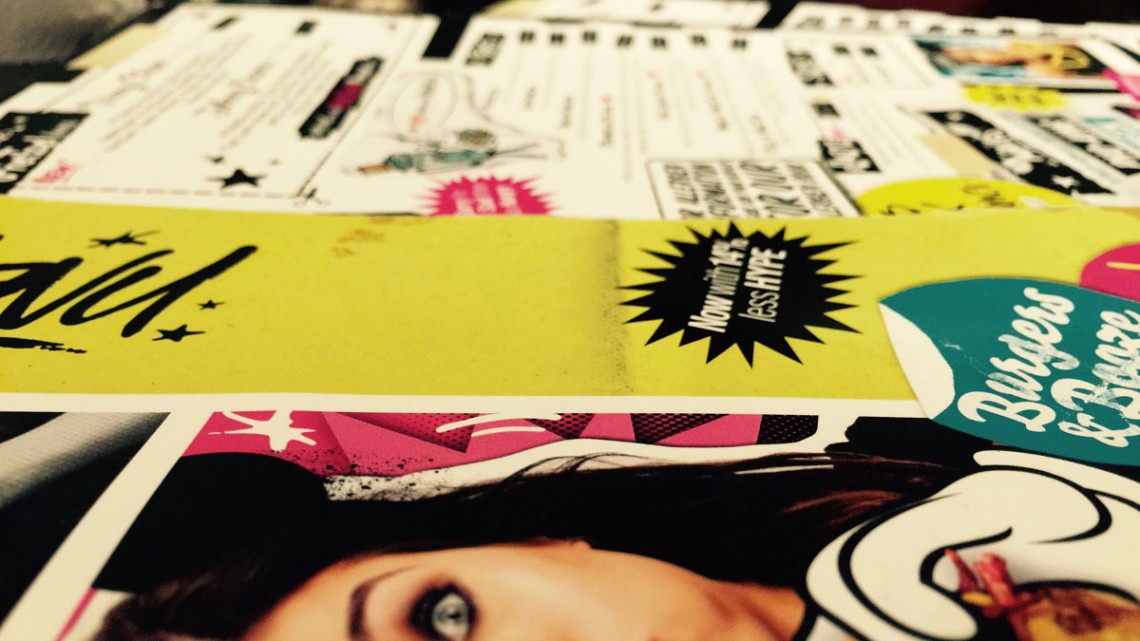 Almost Famous: no not a phrase you would use to describe me!

It’s date night apparently. Not sure what date night actually means but for some reason my wife loves to call at least one weekend a month a date night.

To be honest I’m happy with it. Generally I pull every date night I go on these days, not a ratio I was used to when I was younger, that’s for sure.

On this particular date night (19th September 2015) I decided to take the ‘date night’ phenomena to the extreme. I’m going to do exactly what I would have done some 20 or so years ago on a ‘date night’. Burger. 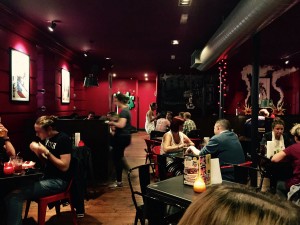 Almost Famous (no not a phrase you would use to describe me) is an underground burger joint in the centre of Leeds, which originally hit the headlines in the Manchester area for taking burgers to a whole new level. That fame has led to an expansion and now they’ve landed in Yorkshire and, more precisely, Leeds.

Surprisingly my wife seems almost as excited about this as me. Yeah, it’s nice to eat in some of the fancy places we get to visit but sometimes all you want is a burger, and seeing as though our New Year’s resolution was not to visit the golden arches* for one full year, I’m in need of one!

*Golden arches is a posh term for McDonalds. I used to go a lot because the coffee was convenient and, let’s be honest, you can’t just order a coffee can you? Anyway, 10 months in and I’ve still not been. Yippee!

Having entered Almost Famous we’re led down a flight of stairs into a rather industrial underground-themed restaurant in central Leeds, with exposed air conditioning units and graffiti painted walls. It’s extremely fitting and fills me with confidence for the meal ahead.

I seem to recall announcing my love of chicken wings recently, and that’s exactly what we opted for to kick off our ‘date night’; a basket packed full wings smothered in their Redneck sauce.

Without doubt the best wings I have ever eaten, I swear I could eat a bath tub full of these. The sauce is to die for, so much so that I’ve begged for the recipe but apparently it’s a closely guarded secret. They are served with a blue cheese dip on the side but that’s not really needed. The Redneck is giving me every pleasure I need. 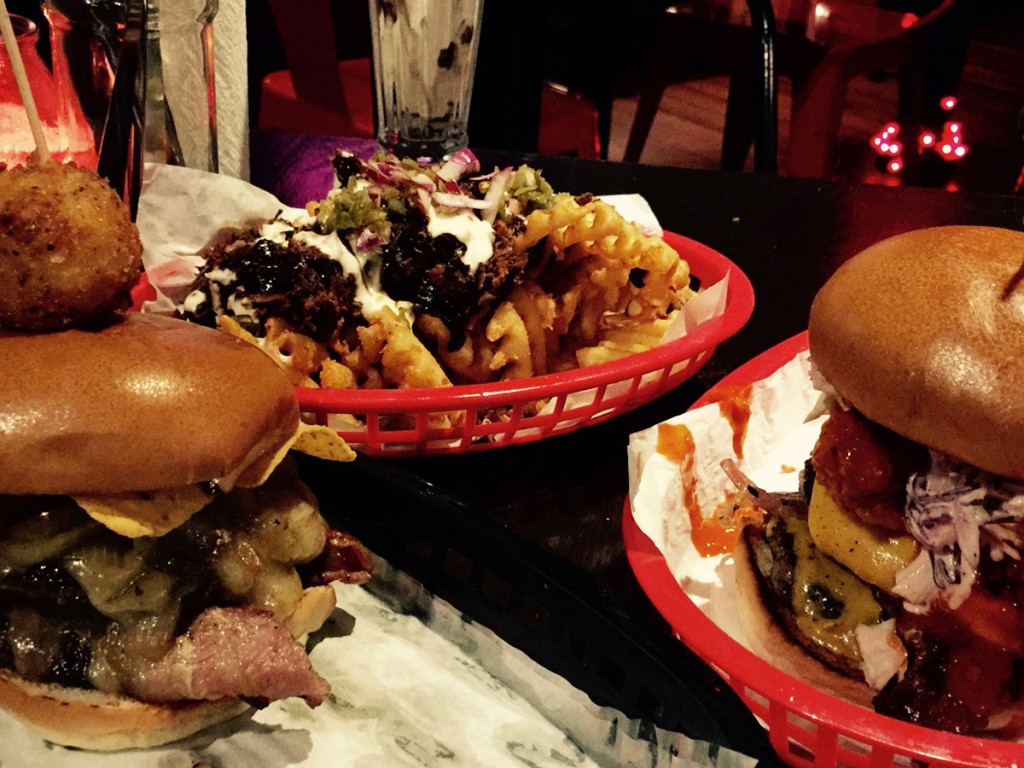 On to the burgers. I opt Buffalo Beach Club, a burger stacked high containing cheese, streaky bacon, crispy buffalo fried chicken, slaw, pickles, their suicide sauce and blue cheese dressing. Messy yes, but worth it because this burger is insane. Absolutely everything you would want – brioche buns, extremely well made patty and toppings to make this one of the best burgers ever! 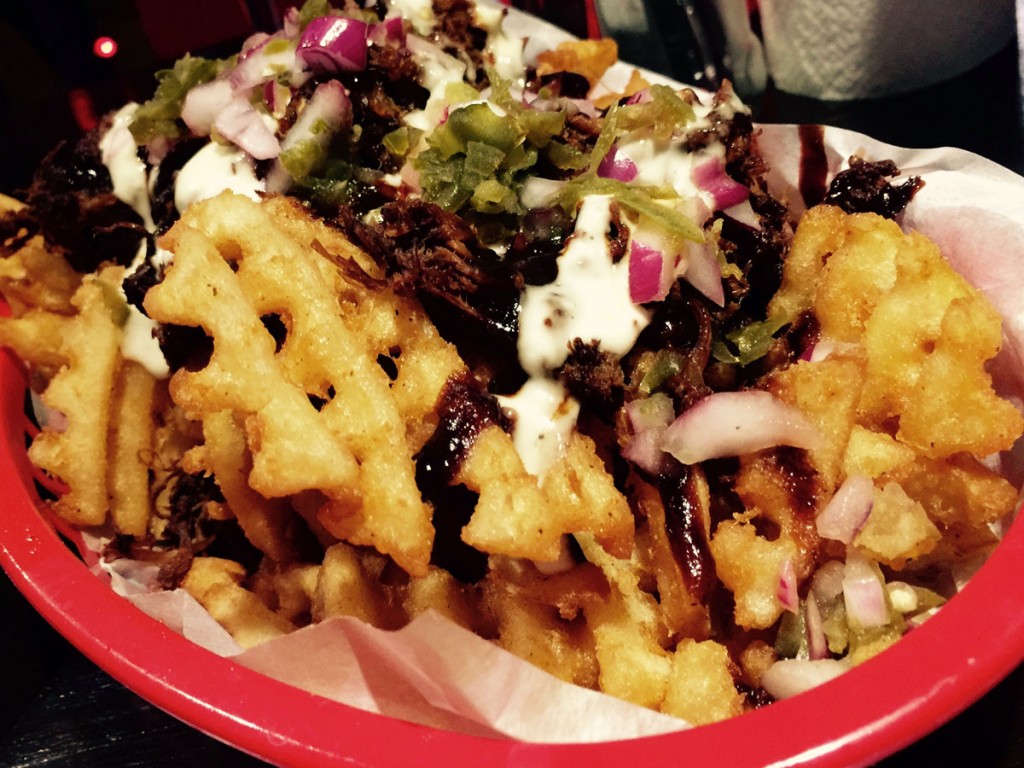 For my wife it’s the Johnny Mac, which includes applewood and cheddar cheese, streaky bacon, trailer trash onions, cool Doritos, million island sauce and winning ketchup. Equal appreciation is coming from the other side of the table, including praise at the inclusion of cool Doritos which apparently works perfectly. 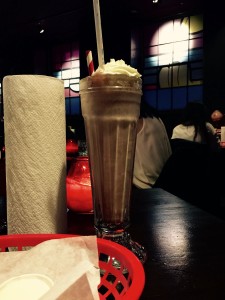 To accompany the meal I opt for a milkshake with vodka in it. The taste of alcohol is non-existent which I’m happy with because the delights of the chocolate are amazing. I should have stopped there but instead we opt for dessert and to be honest it’s not great but in fairness I don’t think Almost Famous want to be known for there desserts. It’s the burgers that they put all their efforts into (and the wings) and they are absolutely famous in my eyes. A must visit! 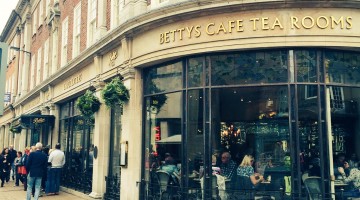