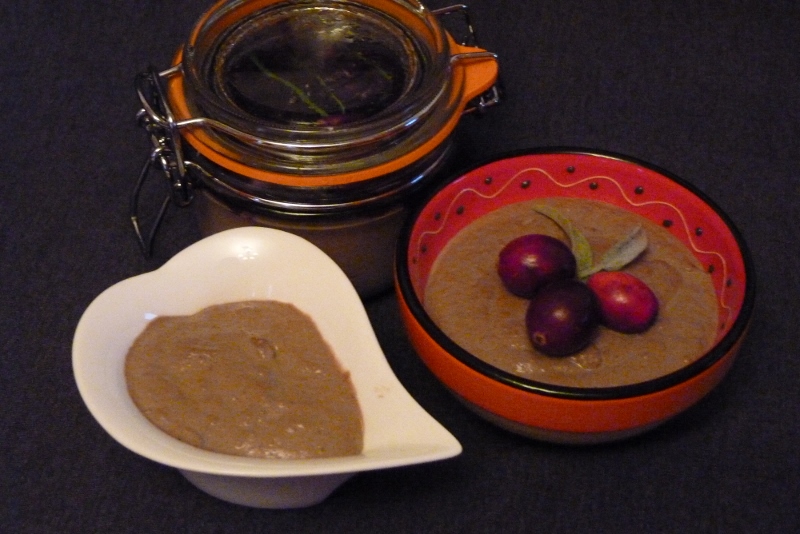 We welcome passionate amateur foodie Sky Bendelow to the Yorkshire Pudd family for a guest post on how to make homemade chicken liver pâté. A firm favourite as a Christmas starter, can the self-taught cook and mother-of-two from Wakefield succeed in coaxing you into making your own delicacy for your family?

Many compulsory culinary purchases are made as part of the Christmas preparations, and I have to confess one of my favourites used to be pâté, preferably residing in an earthenware pot, but in the end it was usually a cheap plastic alternative.

My taste buds recall this simple but delicious delight, being ordered as the starter to a meal of many courses. You know you made the best choice on the menu when you have to ask for more toast and butter to extract every mouthful of pleasure. No matter where I eat they never provide enough bread, but it may be that I am just greedy in these matters.

I don’t know if there has been a real decline in the quality of this supposedly flavourful spread over the years or if I have just become a savoury snob, but time and time again my shop-bought pâté turns out to be a disappointment and I seem to be eating what could only be described as a bland anaemic paste.

I will be the first to admit that there is a difference between the mass produced pulp of livers and some kind of lubricating fat and that of a handmade portion from an expensive deli or a local farm shop.  So, I am thinking the key to the pâté magic may well be its freshness.

I used to think life was too short to make pâté. I was mistaken. It’s almost as quick to make from scratch as it is to get out of the fridge and disrobe a shop-bought packet.

Of course once you’ve succeeded in whipping up this delight you may be inclined to tinker, and now more often than not I usually come up with a new variation, but isn’t that what cooking is all about?

Not all experiments are promised to end in deliciousness but I think it’s fair to say, with quality ingredients and a small amount of time, it is hard to make a bad pâté. Who knows, be brave you may find you never have to eat an inferior portion again!

(I won’t give amounts. I don’t know how much you want to make or what you would consider a portion. For myself I would use slightly less butter than livers, and quite a lot of garlic.)

NB – According to A Girl Called Jack foodie blog, using 50g of butter to 250g chicken livers is a good indicator

Method
Melt the butter in a pan. Add the crushed garlic.
Toss in the livers and cook for about four minutes so they are still slightly pink on the inside.
Cook them until they are completely brown all the way through if you must but your pâté will not be as luscious.
Add salt and pepper to taste.
Allow to cool slightly then pour into a jug and blast with a stick blender until sufficiently smooth.
If you are feeling artistic pop it in ramekins and top with melted butter, if not leave it in the jug. This will taste even better after 24 hours, if you can wait that long.
Other tasty additions tend to get added depending on what is lingering in the fridge (cream, bacon, herbs and mushrooms).

Why not try…
Any recipe that involves the buying of alcohol is usually one of the first to be cooked in my kitchen. Even more so in the run up to the festive season. Try adding port, sherry, brandy or wines, which are my choices, because I tend to buy them anyway.

Sky Bendelow is fabulous at 40 and has set up her own food blog thesideplate.com. She is mum to Chloe, 7, and Josh, 9, an escape artist hamster and chickens. She lives in Flockton, Wakefield, and loves to cook in her small and messy kitchen.

Previous post Christmas recipes for kids: New app reveals what to make with your little ones 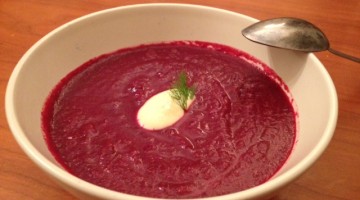