Wondering how those little delights of Yorkshire Puddings came about? Read our history about how they became a staple of our Sunday dinners. 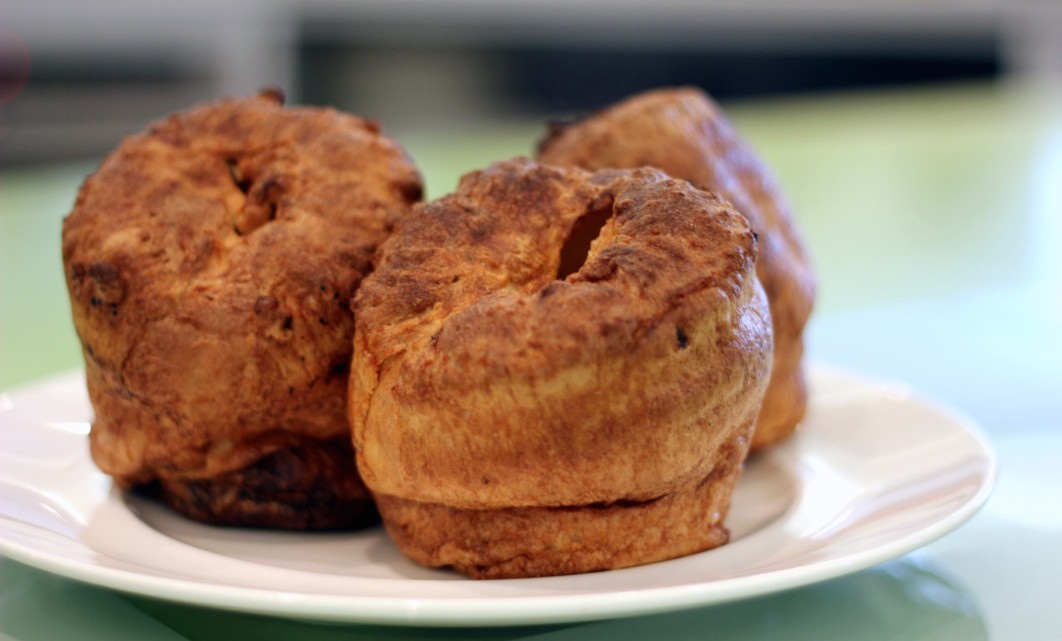 Now what would a Yorkshire Pudding blog be without a little bit of history for these tasty little morsels?  The story begins hundreds of years ago, so in true fairytale fashion, we begin with Once Upon a Time…

In 1737, the first recipe for ‘dripping pudding’ was published in The Whole Duty of a Woman. This was a guide for the fairer sex with rules, directions, and observations for a lady’s conduct and behaviour. The topic of a lady’s love life was included with tips for married, single, and even divorced women! Where can we get our hands on a copy?

The book was surely a huge success, right?  The important thing here though is that recipe for ‘dripping pudding’. It was fairly simple – make a good batter as for pancakes, put in a hot toss-pan over the fire, add a bit of butter to fry the bottom a little, then put the pan (instead of a dripping pan) under a shoulder of mutton, shake it frequently and it will be light and savoury. When the mutton is done, turn it in a dish and serve hot.

In 1747, Hannah Glasse shook up the recipe with her own version in The Art of Cookery Made Plain and Simple. Forget Nigella, Glasse was the original domestic goddess! Glasse re-invented and re-named the dripping pudding, which had been cooked in England for centuries, although the puddings were much flatter than the puffy versions known today.

Then in 2008, the Royal Society of Chemistry got involved when it declared that ‘A Yorkshire pudding isn’t a Yorkshire pudding if it is less than four inches tall’. This came about when Ian Layness, an Englishman living in the Rockies, experienced a series of Yorkshire pudding ‘flops’ in the high country despite huge successes in the low country. It is no myth – the rise is just not the same at certain altitudes!  Pretty crazy when you can quite obviously cook perfect pudds atop the Pennines (see proof in Chris’s very own below!) 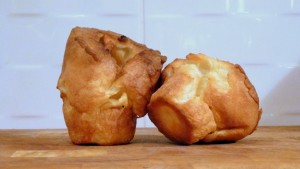 Because the rich gravy from the roast meat drippings was used up with the first course, the main meat and vegetable course was often served with a parsley or white sauce. This was a cheap way to fill diners, thus stretching the use of more expensive ingredients since the Yorkshire Pudding was served first.  Should you wish to tighten those purse strings, this is one way to do it.  If you’re anything like us though, you like to load your plate with all the trimmings – Yorkshires included, so forget the other two courses!  If, after all of that, you are ready for dessert, do like we do in some areas of Yorkshire and fill the pudding with jam, or as a ‘pudding’ in the true sense, try jam and ice cream.

As a final note, Chemical scientist and author John Emsley, of Yorkshire, believes that the ability to make good pudds is “in the blood and instinct of people born and raised [in Yorkshire]”. In the next post, Chris is sharing his award winning recipe so don’t be disheartened.  Even if you don’t hail from Yorkshire, you still have half a chance at making a four-inch Yorkie Pudd!  Let us know how you get on! 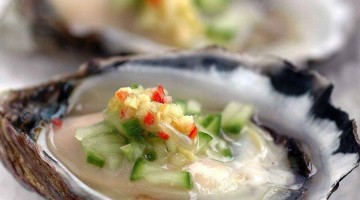