Kitchen gadgets: The good, the bad, the weird and the downright awesome

We bring you our verdict on four John Lewis kitchen gadgets, what they sent us was certainly the good, the bad, the weird and the downright awesome 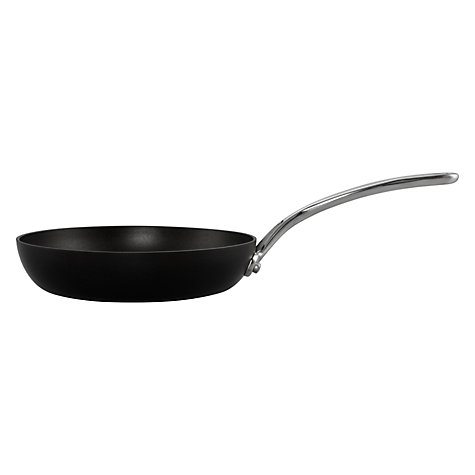 We bring you our verdict on four John Lewis kitchen gadgets

It’s no secret that from time to time we get contacted by people who want to send us foodie things to review. Sometimes we say no, sometimes we say yes and get very excited, and sometimes we wait in anticipation for what might be in the box.

So when John Lewis came knocking at the door with their kitchen gadgets, I’ll be honest, there was no real consideration to be made. The answer was yes, here’s my address, hit me with it. 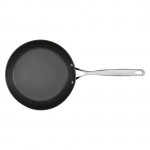 I’ve been after a decent pan for a while, ideally one that was comfortable to use and could also be put in the oven without fear of melting rubber or plastic dribbling all over my oven. So, is the Simply Perfect by Raymond Blanc Hard Anodised Skillet Pan available at John Lewis 24 priced at £40.00 the answer? Absolutely. It’s a fantastic non-stick pan that’s light, but not because it’s flimsy. Far from it. This pan has delivered on every occasion and is oven and dishwasher safe – perfect for cooking everything from a fried egg to a pair of 10oz steaks. 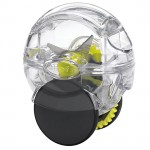 Garlic – love to cook with it, hate to chop it. The Chef’n Garlic Zoom device at £9 promises to end the annoyances with this handy gadget, but in my opinion it brings with it a whole new set of challenges. It’s designed so a clove of garlic can easily be inserted into its shell and has wheels in which you roll the device to chop the garlic. It does it well but then comes getting the garlic out. Fiddly is an understatement and washing the thing isn’t much better. It’s not for me. Back to the chopping board on this one! 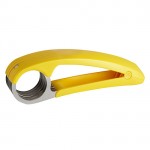 A banana chopper. Yes, you heard me right. Somebody has actually produced a device that’s only purpose is to chop a banana. But what at first seems is a total waste of time actually could have its uses, so I’m told. Apparently young children trudge through bananas at an incredible speed, a fact I’m about to know more about over the next 12 months I’m sure, and actually imagine making something like a banoffee pie, this nifty little device would certainly give you a unified approach, so I actually like this! 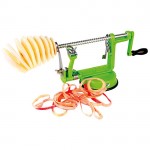 An apple peeler, corer and slicer all in one. I’ve seen these on the TV and have nearly bought one so many times – and now I have one and I love it! Not only has this made me eat a lot more apples but it’s doubled up as a great showpiece for when friends come round (I’m a food gadget geek). Anyway, there is not much more I can say about it other than buy one right now, they are awesome! 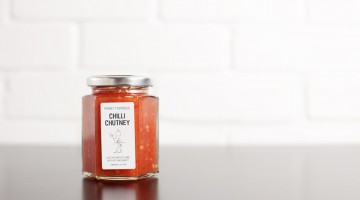