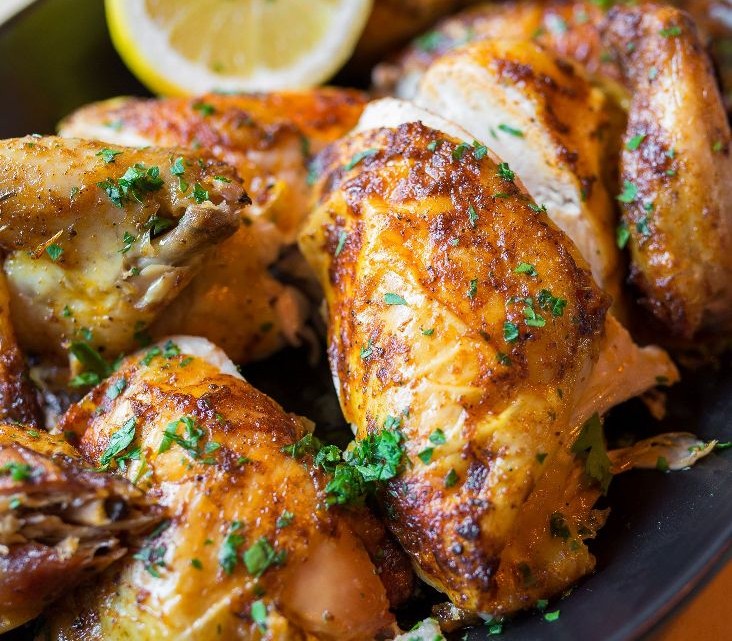 Our Claire has been out and about in Leeds tasting the delights on offer at a new independent rotisserie, Bird and Beast, where chicken is its speciality. See what she thought in this restaurant review.

I have to admit, I am a chicken lover and at our house we eat it in every which way. This does mean, however, that I have to force myself away from chicken dishes at restaurants, because although it’s my default choice, I know I should be more adventurous and eat something I can’t really cook myself.

So imagine my delight when the chance to get along to Bird and Beast came along? A place where chicken isn’t only actually totally adventurous, it’s the order of the day.

Set up by Jonathan Parkinson and Stephen Hawkins they also brought in exceptional Yorkshire chef Simon Shaw (who just happens to be main man at one of my favourite restaurants – the critically-acclaimed El Gato Negro – which also happens to be down the road from where I live), they wanted to create something special out of something so simple – the humble chicken.

And create something special they did. This place only opened in June and, believe me, it’s a find. The free range chicken is lovingly prepared before it is served and is sourced from a Yorkshire Wolds-based Skyes House Farm, where each bird enjoys a carefree and happy life. It is then coated with Simon’s specially-created rub, then marinated again for a second time, then steamed to lock in moisture and flavour, then it’s finished to perfection on the custom-made spit over cherry wood chips and charcoal, which is in full glorious view of diners. But it’s not just about the chicken…

The menu is pretty simple, and we had the choice of a full chicken, half a chicken or quarter of a chicken, and then the side dishes. We went for a full chicken between the two of us, plus chargrilled sweet potato wedges, fries and a salad of mozzarella, chargrilled peach, pine nuts, red onion and rocket. Then there’s the elaborate table of sauces – the hot chilli, peri peri and barbecue were our favourites.

Between two of us this was a hearty meal, and the salads and other sides were mouthwatering and exceptional too. The chicken was honestly out of this world – succulent and full of flavour, moist and delicious. You won’t get bored of this simple menu on returning either, because it’s changed every six weeks or so to keep things interesting and fresh.

We finished off with a creme brulee with a twist – it was really a crema Catalana as it was made with orange zest – and it was outstanding. Being greedy guts, we also tried out the chocolate fudge brownie sundae with vanilla ice cream. Sound good? It really was. And it really finished us off.

This is called bird AND beast, remember? That refers to its Sunday lunch menu, which serves up 28-day aged rib of beef and roast belly pork right now, and of course Yorkshire Puddings and trimmings. (This could change with the menu swap).

The whole feel of the place is just like its food – unpretentious, laid back but oozing flavour. The trio of friends have got it just right, with a friendly yet cool vibe and loft-style decor, tons of open space with an authentic and upmarket edge, while keeping prices sensible. It is a welcome addition to the Leeds dining scene and I have no doubt that it will be among the city’s best eateries within months.

A thanks should go out to the staff, who were very friendly and accommodating to us and achieved in maintaining a relaxed atmosphere.

The chicken, I am happy to report, is quite the opposite of boring, and the complete other end of the spectrum to a well-known chain that also claims chicken as its speciality. And even as a stoic chicken fan, I never knew it could taste quite this good. 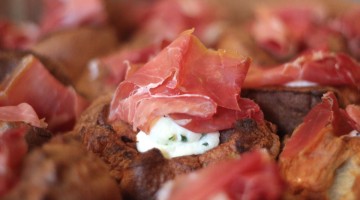 A week in the life of a northern food blogger