as I drive the section on motorway that links the M62 with the A1 I suddenly realise a sense of assistance in the steering, not the power steering we’ve become accustom to, no this is something all together different. 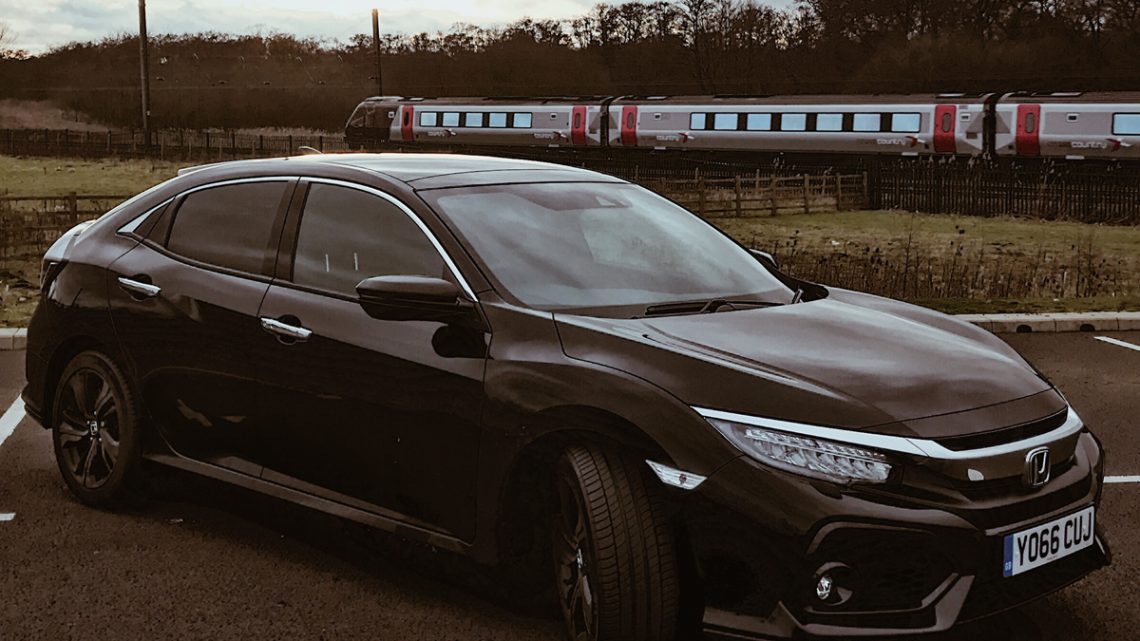 With 21 years worth of driving experience in an astonishing 13 different cars I’ve owned during that period, it’s fair to say I’m a car enthusiast, so when Vantage Motor Group called me up to ask if I wanted to experience the brand new Honda Civic, I absolutely jumped at the chance.

Launched at the 2016 Geneva Motor Show, the Civic went on sale in the UK in February it’s anticipated that we’ll see the first cars on the road mid March.

With that in mind, I don’t mind admitting that I feel rather privileged to be among one of the first people to really put the car through its paces. 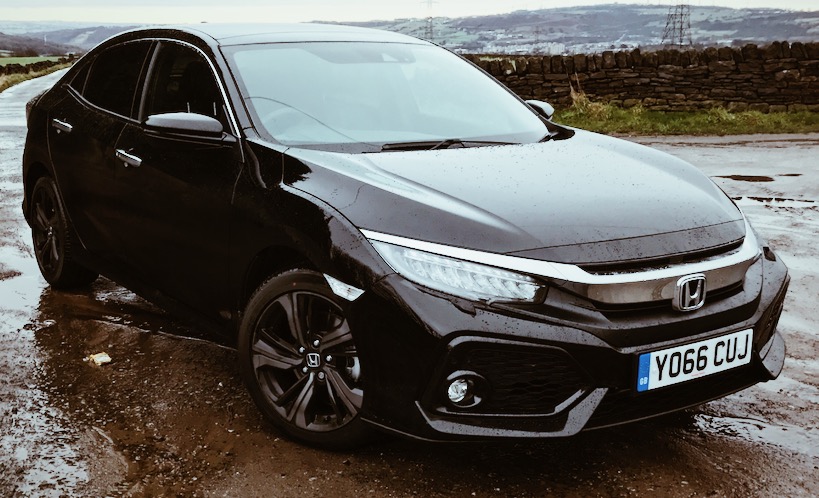 Billed by the manufacturers as been sleek and sporty, I certainly can’t argue with that, it has a coupe feel to it in terms of it’s looks and feels incredibly low to the ground but has, in my case, a much needed 5 doors with plenty of leg room for both front and rear passengers, albeit getting in and out of the Civic may present a problem for people with lower amounts of flexibility in their posture.

Other than the aforementioned looks of the vehicle, without doubt the most impressive features of the new Civic, especially for a tech geek like me, lay inside the vehicle. 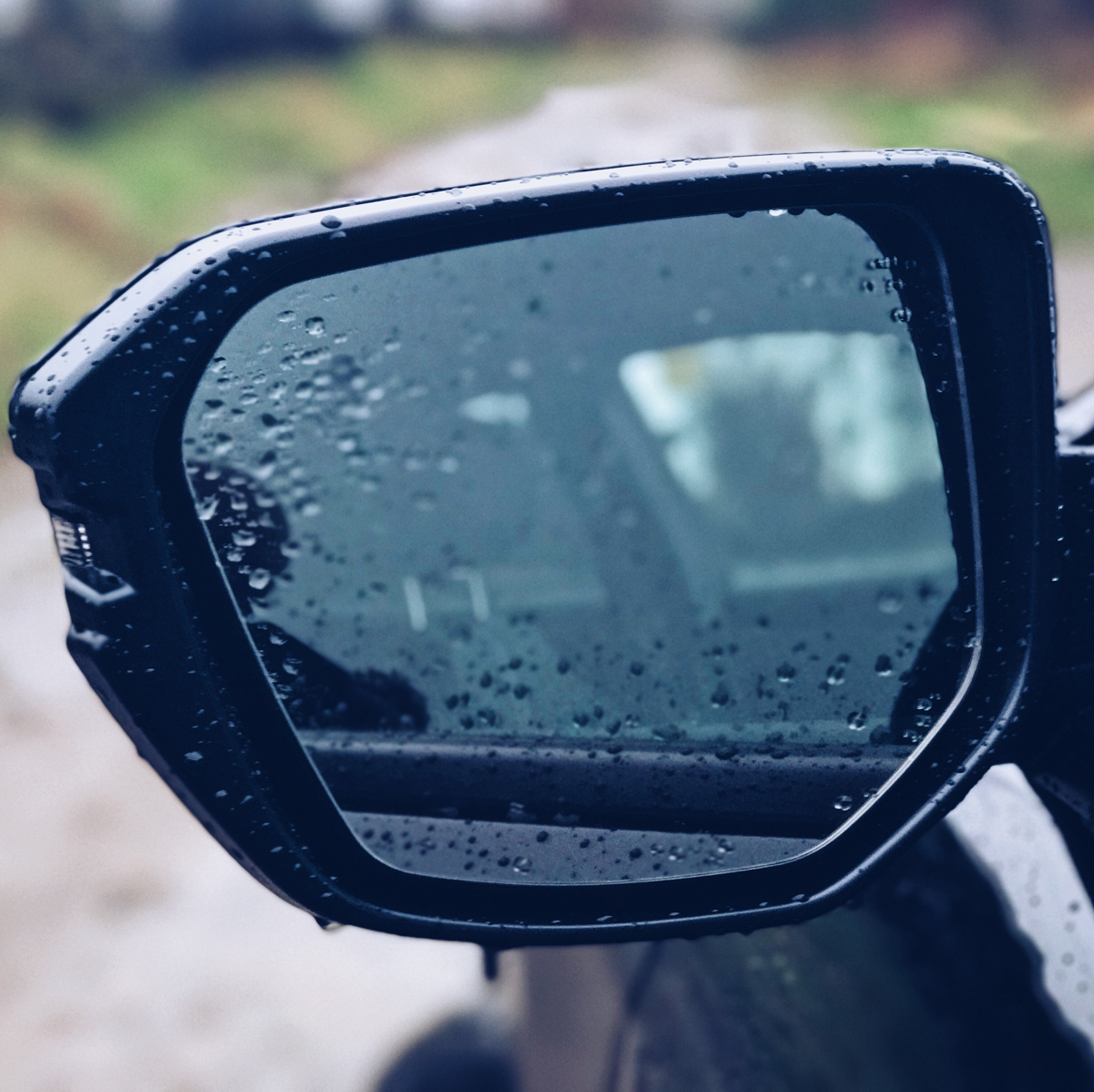 The Civic is possibly the closest I’ve ever come to autonomous driving, I’ve for a long time been a fan of cruise control but adaptive cruise control takes things to a whole new level, it diminishes any frustrations you may have had in turning cruise control on and off constantly, due to the fact that the car senses vehicles in front and slows and speeds accordingly, similar in fashion to a F-19 achieving missile lock on an enemy aircraft I suppose.

And it’s not just the cars in front the Civic is monitoring, it gives you warnings of vehicles in your blind spot & even alerts you it feels you may have dozed off.

But here’s the really awesome bit, as I drive the section on motorway that links the M62 with the A1 I suddenly realise a sense of assistance in the steering, not the power steering we’ve become accustom to, no this is something all together different. 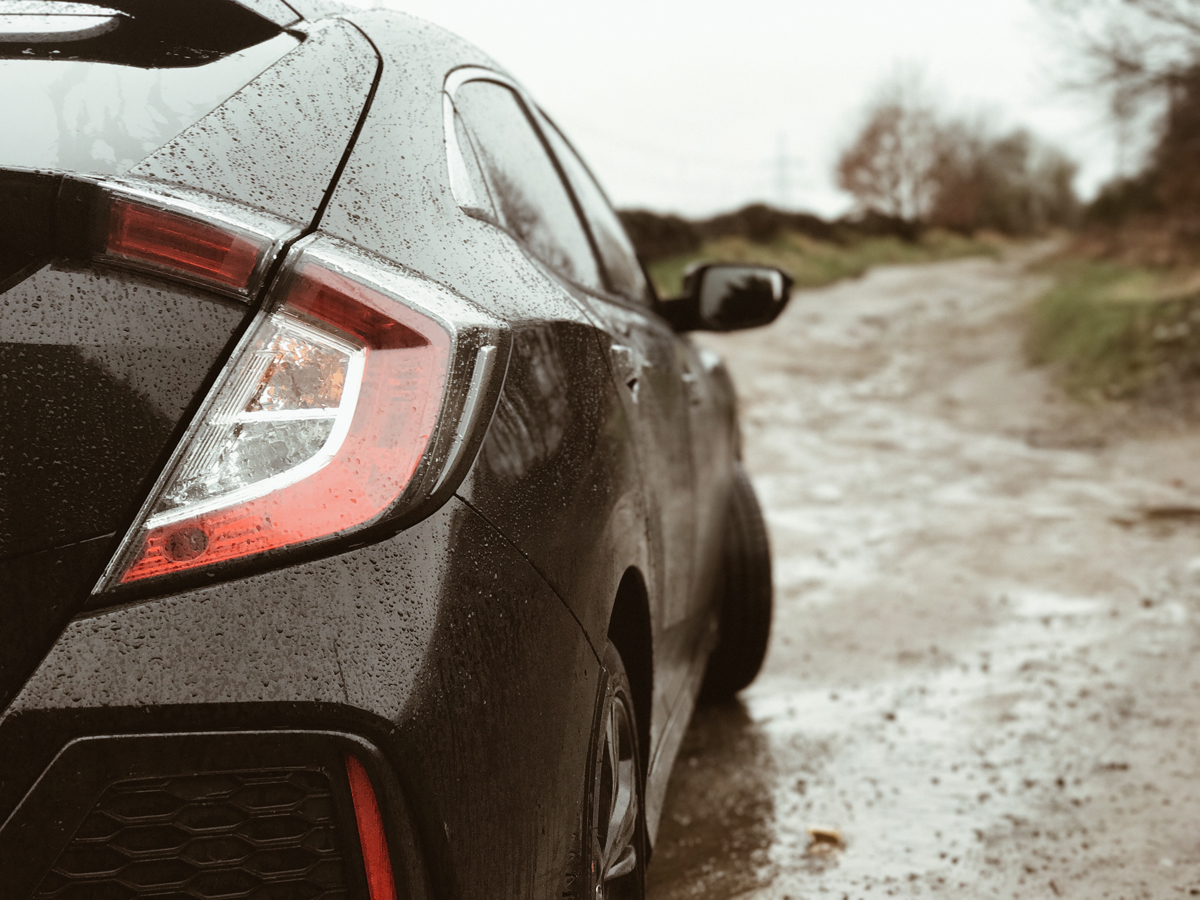 It’s almost like the car it steering itself, wait a minute, it is!! The Civic is actually assessing the white lines in the road and making small adjustments to ensure I’m driving right in the center of them, in my amazement I momentarily loosen my grip on the steering wheel, and quickly grab the attention on my wife, oh my word this thing is actually driving itself.

What’s also impressive is the car is clever enough to know that I’ve loosened my grip and alerts me to the fact, demanding I take control, wow.

This is the beginning, the route to the day in which I’ll be able to sit in a car and catch up on Emmerdale on my iPad whilst the car takes me home, it’s so close I can almost see it! 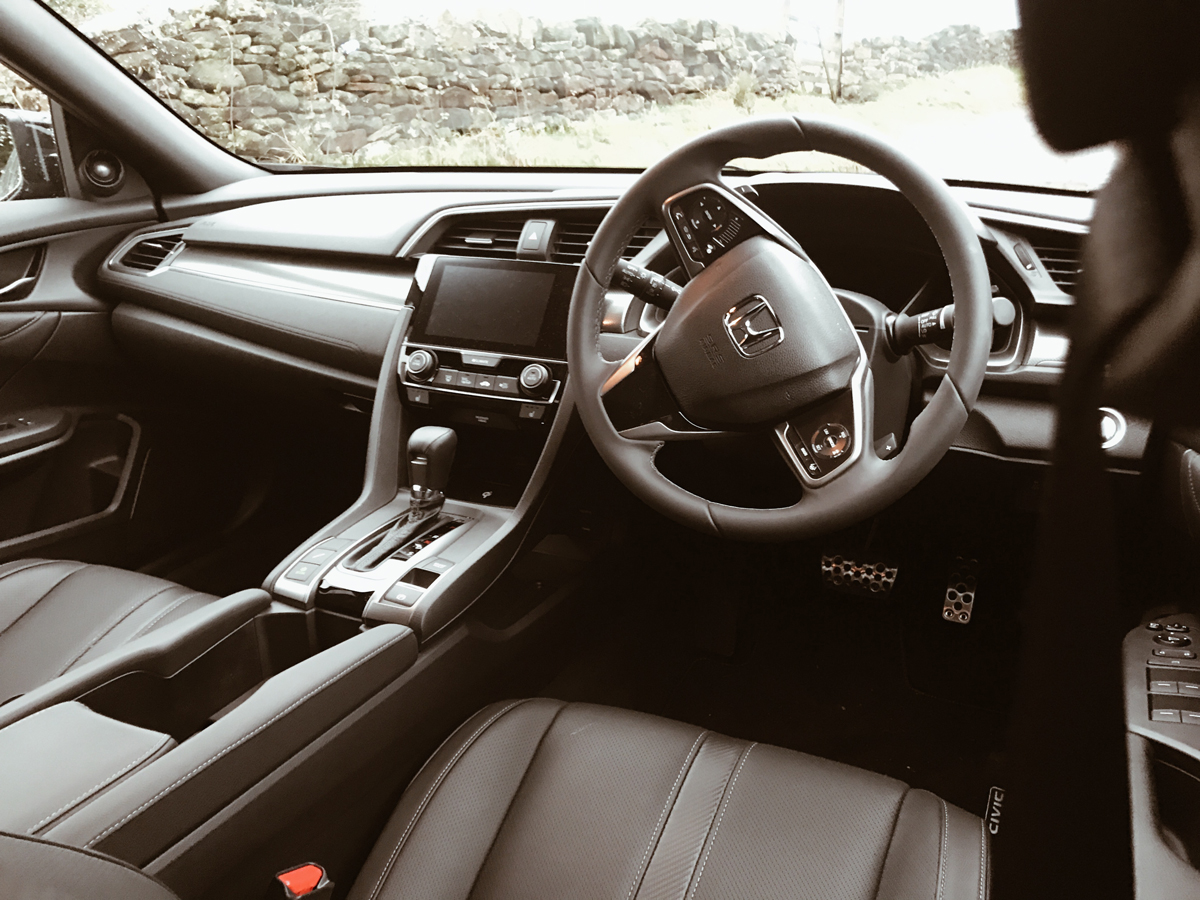 It’s often said that in a bid to achieve a sporty style you loose comfort and I have to admit that there is an hint of this in the Civic, even without the damper stiffener activated the car does deliver every bump the UK road’s have to offer.

On the flip side, find an open road, put the automatic gearbox into sport mode, stiffen the dampers, put the pedal to the metal and I dare you not to totally enjoy the performance that this beast of a car can deliver. 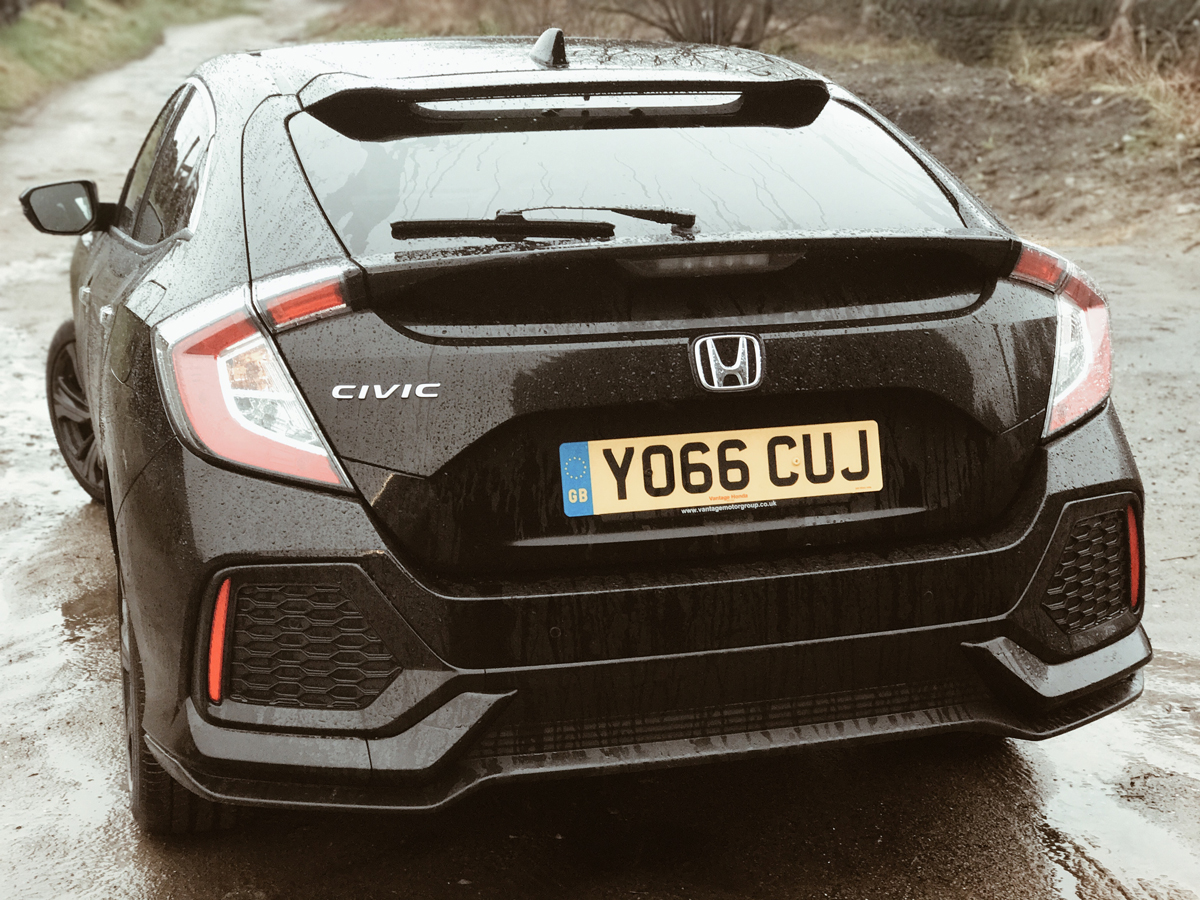 In summary the Civic is a great car, the masculine beefy looks will appeal to younger petrol head technologically advanced generation I’m sure, especially when Honda release details of a type-r version.

Many thanks to the guys at Vantage Honda Barnsley (Part of the Vantage Motor Group) for making my weekend with the Honda Civic so fabulous, their care and attention to detail was outstanding and thanks to their expert knowledge of the vehicle I was able to try out every new feature of this stunning car.

The Honda Civic is now available for test drive and Vantage Honda in both Bradford and Barnsley. 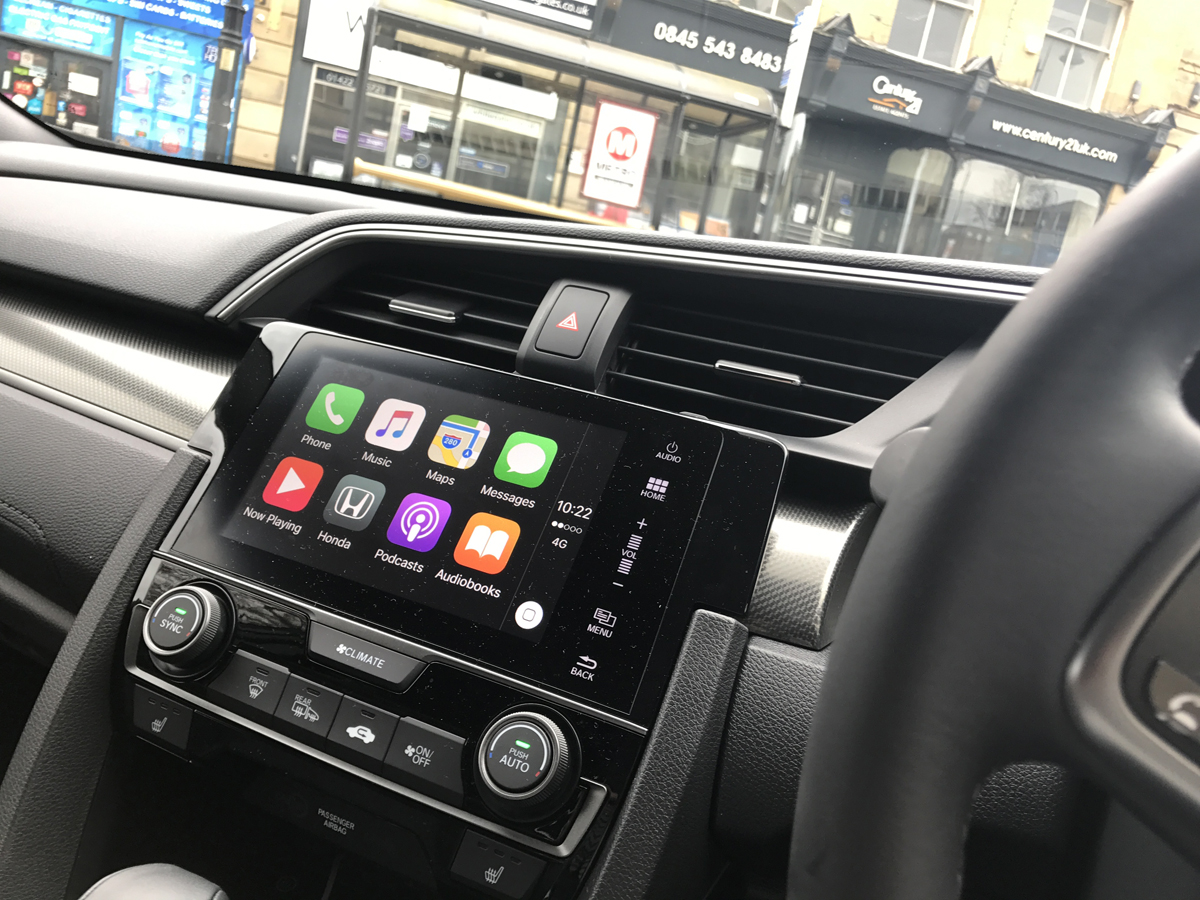 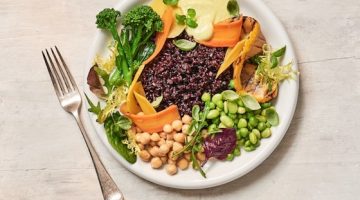