Alexander’s to showcase what it is capable of on NYE 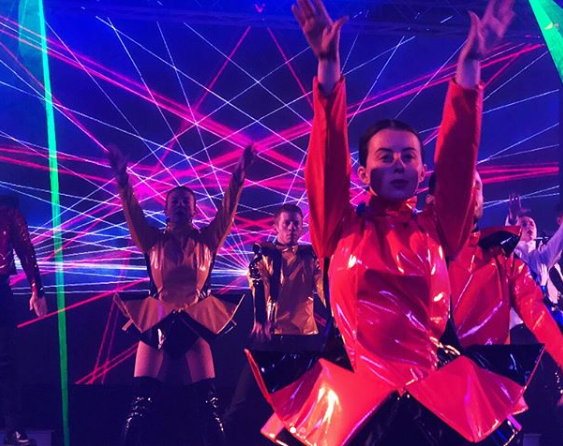 a strong margin in favour of an Alexander’s  80s’ style party.

In an unusual move Skipton’s Alexander’s Bar and Kitchen asked the 4750 followers of its Facebook page to choose the theme for its New Year’s Eve event. Over 200 people responded to the poll, creating a strong margin in favour of an 80s’ style party.

The ‘Back to the Future’ themed night, which pipped a 1920s Gatsby inspired speakeasy to the post, will draw on Alexander’s parent company – Skipton based Peel Entertainment’s – vast talent and entertainment resource, to create a truly unique experience.

Susannah Daley, owner of Alexander’s and Peel Entertainment said: “The New Year’s Eve party is a great opportunity for Alexander’s to showcase what it is capable of entertainment wise. There will be plenty of retro styling along with a five course 80s’ inpired meal from our executive chef, Struan Macintyre, including classic favourites like Mushroom Supreme Vol au Vent and Maraschino Cherry Baked Alaska. We can also confrim that a Mr T lookalike will be in attendance, plus we are hoping to reveal the identity of our ‘superstar’ 80s’ DJ very shortly!

“Guests can choose from one of two packages depending on whether or not they want to dine and everyone is encouraged to wear fancy dress. The fireworks at midnight will be the only exception to the theme, being most unequivocally high-tech!”

Other events in the Alexander’s festive calendar include a Boxing Day ‘all day breakfasty brunch’ to give the chef a break… and a ‘Hair of Hog’ New Year’s Day Hog Roast. 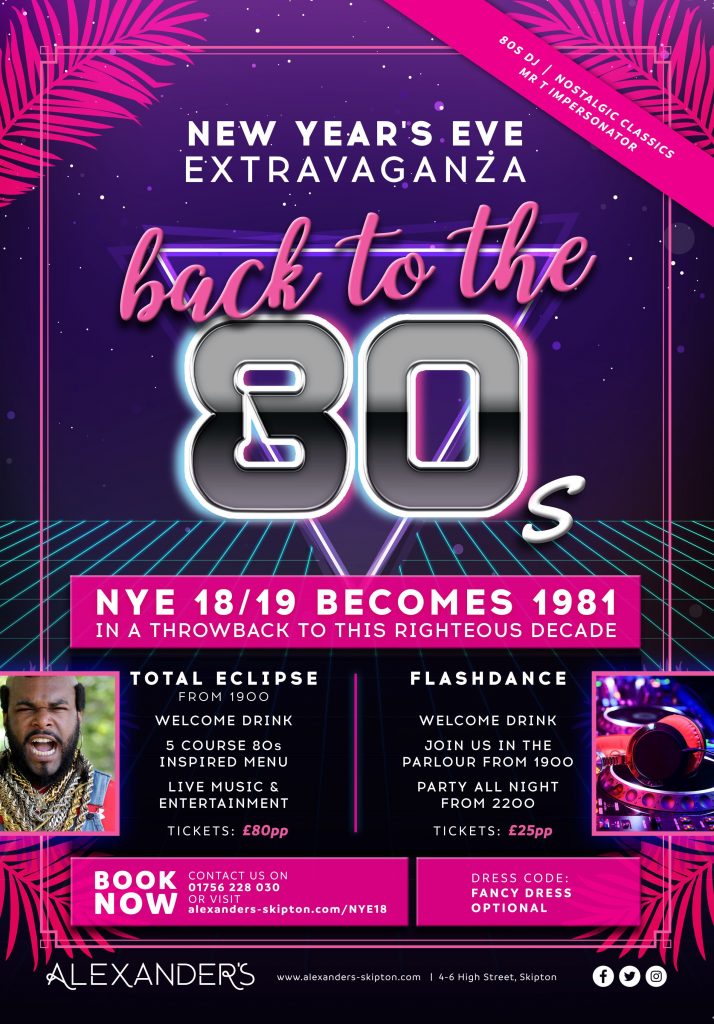 Previous post Why Diet and Lifestyle Changes are Important for Fertility 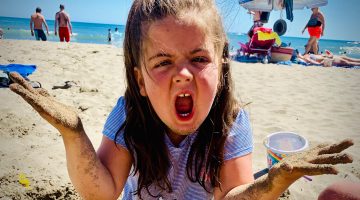 Beat the Post-Holiday Blues: How to Start Planning for Next Year’s Holiday