Our day filming with BBC’s Countryfile!

Our Chris filmed with BBC's Countryfile this week making his award-winning Yorkshire Puddings. Tune in to the episode on April 27th. 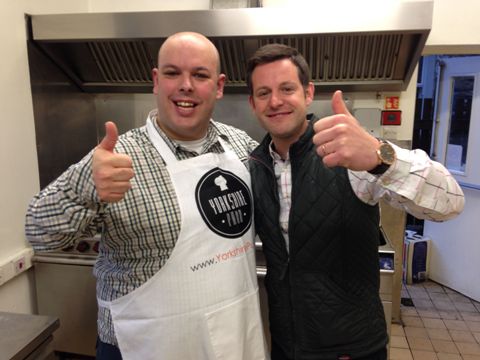 Our Chris filmed with BBC’s Countryfile this week making his award-winning Yorkshire Puddings.Tune in to the episode on April 27th.

It’s been a very exciting week at Yorkshire Pudd HQ. With only a few days notice, researchers at the BBC Countryfile TV show contacted us to see if our Chris would join them on their day’s filming in Wensleydale on Friday for their upcoming episode on April 27th.

The BBC Countryfile team were in Yorkshire to visit many of the contenders for the ‘Top 75 Yorkshire Icons’ which was ultimately won by – you guessed it – the Yorkshire Pudding, after 11,000 people voted in the 25th anniversary issue of The Dalesman Magazine.

Happy to oblige, Chris took his lovely family (including 6-week-old Jessica!) along to Hawes in North Yorkshire to show Matt Baker and the team his stuff.

But it wasn’t the traditional Yorkshire Pudding they wanted us to cook for them. It was something just a little bit different, the Mars Bar Yorkshire Pudding recipe which the researchers had found on our site, and the recipe that Matt Baker was keen to try.

You’ll have to watch Countryfile on April 27th 2014 at 7pm to see the results of our afternoon of filming, but in the meantime if you want to try the recipe yourself you’ll find it by Clicking Here! 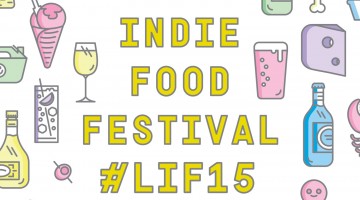