The best steak in Yorkshire?

Staff that have the ability to engage service levels you simply don’t see enough these days. 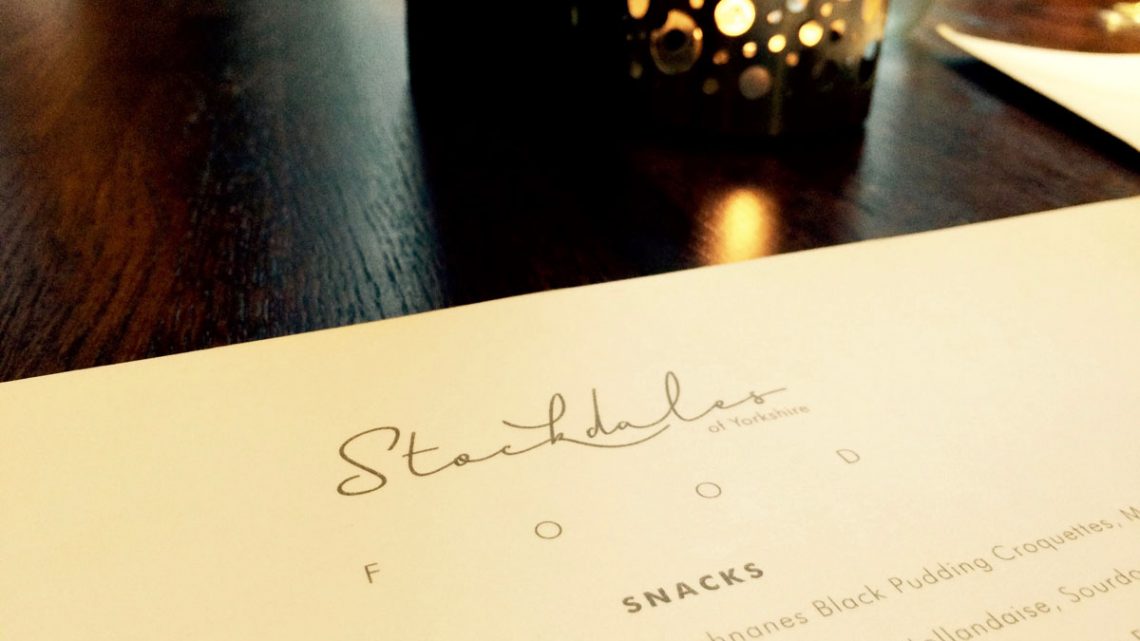 Ribeye, a cut of meat that distributes its flavour across the steak

I’ve been back! You’ll remember that, last year, I gave the highest praise possible by declaring the Stockdales steak was the best I’d ever had. Since then, there’s been a few developments. First, I’ve visited Goodmans, which is located in the city of London, and second, I’ve had some amazingly cooked beef at Cameron House on the banks of Loch Lomond in bonnie Scotland.

So the question is, does Stockdales still rank as my favourite steak? Absolutely! 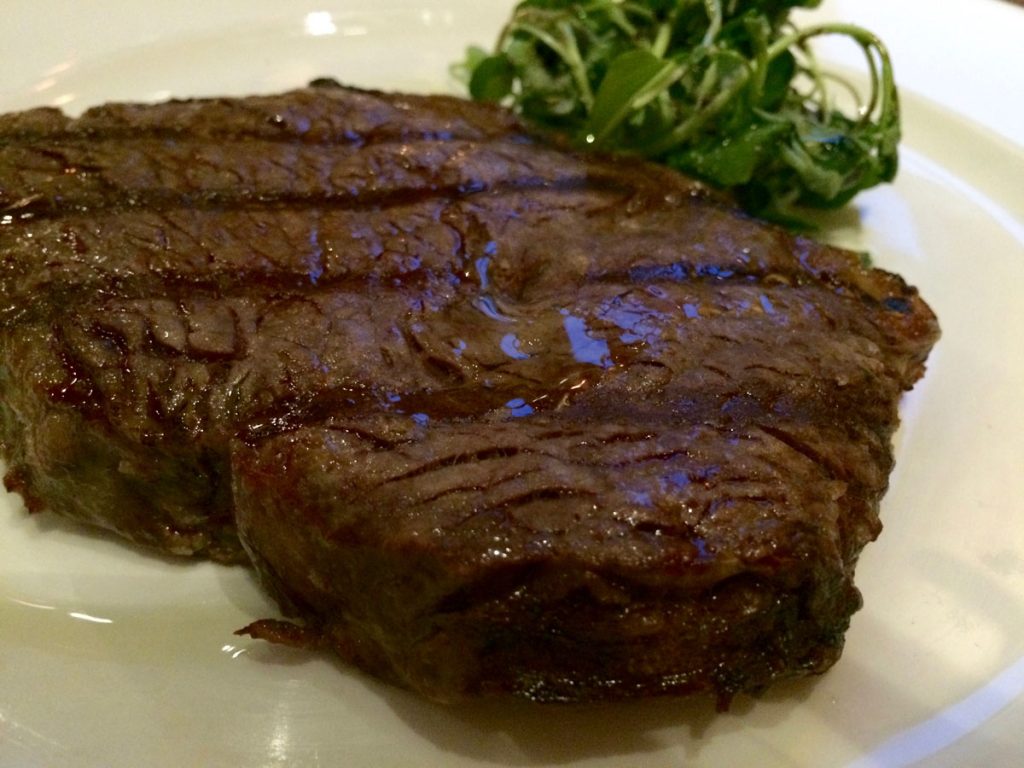 But I want to add something that will beef up this claim (excuse the pun) by talking a little about the experience, rather than just the steak.

Yes, the decor gives a real air of elegance, but it’s also important to acknowledge the service. 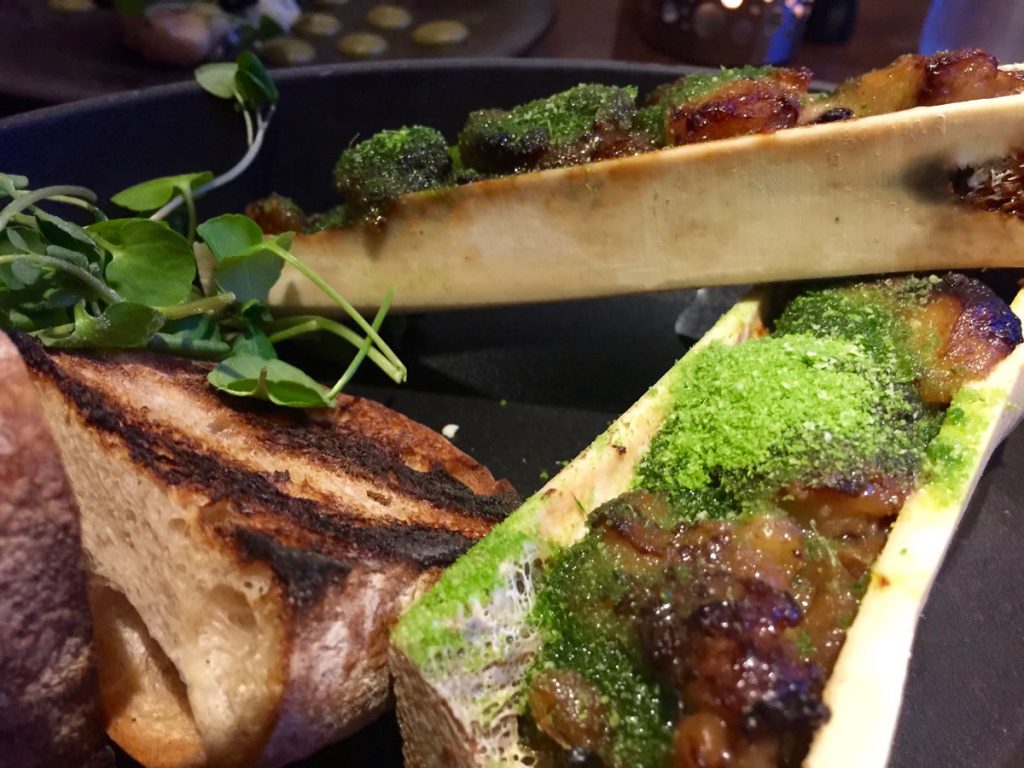 Waiters and waitresses know exactly the perfect wine to recommend, based on my preferences. They have a knowledge that allows them to recommend and share their favourite dishes from the menu and describe them. More importantly, the staff has the ability to engage service levels you simply don’t see enough these days.

This is in stark contrast to a restaurant I visited in Leeds, recently, in which the overzealous waitress was almost unbearable, albeit I blame myself to an extent. I’m a typical Yorkshireman, so my ability to create conversation is both my strength and my weakness. 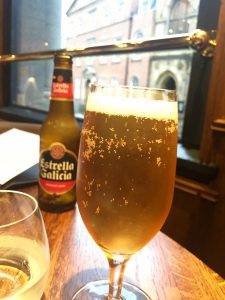 There is a word of warning about Stockdales. They have one of those menus, where it’s almost impossible to choose, the type in which there are 3 starters and 4 mains you simply can’t decide between.

I opted for a starter that was something I knew I’d love, but something you rarely see on a menu, grilled bone marrow with bacon jam, slow roasted onions, and parsley crumb.

It’s one of those dishes I wouldn’t even dream of attempting at home. I mean, bacon jam, where would you ever start? But that’s good; that’s what dinning should be about, eating food that a professional creates to a level you can sit back, admire, and dream of having the skills to create such a masterpiece yourself. The flavours are wonderful, layer after layer of flavor, combining to create one of those wow moments.

After choosing a starter that was a little ‘off the beaten track’, choosing a Wagyu Ribeye steak for main was far easier, let me explain my choice.

Fat creates flavor; personally, I’m not a fan of the 80’s style Dianne Sauce or Peppercorn sauce. I just want meat. So fillet steak incredibly lean is off the menu for me straight away. As for sirloin, well, all the fat is at one end, and I want a balance, which leads me to Ribeye, a cut of meat that distributes its flavour across the steak in a marble affect, which for me, creates the perfect piece of meat. Add to that the wagyu status, and we’re on a whole new level of taste. 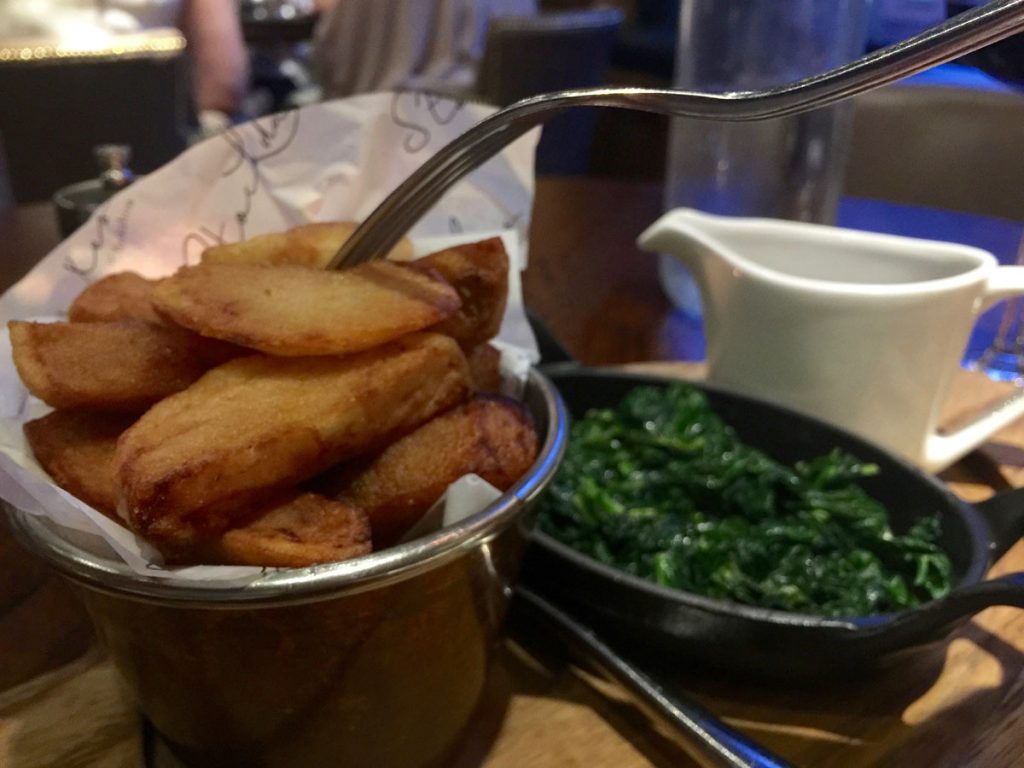 The choice of sides is almost as important as the steak, triple cooked beef dripping chips, with creamed spinach and house gravy (for dipping your chips), in my eyes, is the law. Whatever you do, don’t leave without trying the gravy! Ohh my days!

As things stand, I’m in food heaven. I have the perfect bottle of red, a starter to die for, and the best steak I’ve eaten, and then comes the dessert. 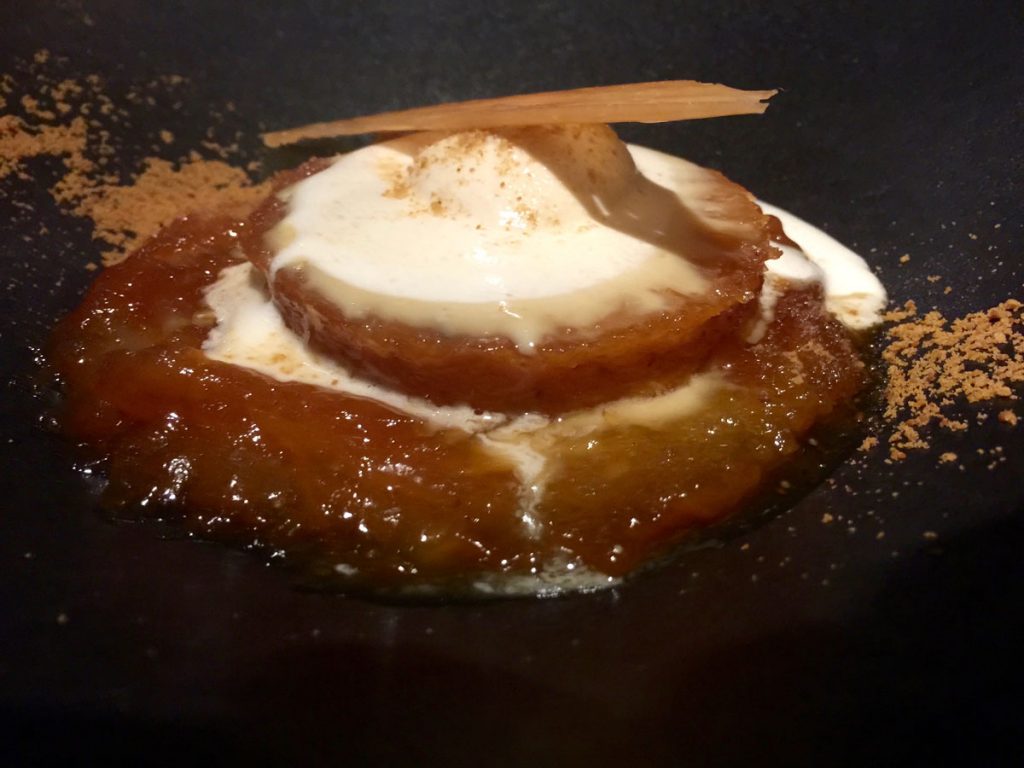 The waitress wonders where I’ve been all my life, because I’ve never eaten or seen on a menu pineapple tarte tatin, but boy, the wait has been worth it. I’m a massive Pineapple fan. I think it may stem from a trip to Jamaica, 16 years ago, in which I consumed Pineapple morning, afternoon, and night. Luscious pineapple in rich dark caramel with puff pastry and a dap of ice cream on the side, what is there not to like?

If you haven’t yet visited Stockdales, then I urge you to ditch any other ideas you may have of visiting anywhere else until you’ve been here. Make it a priority, because this place is good, and I mean very good.

Next post The King of Cookery Courses at Ashburton 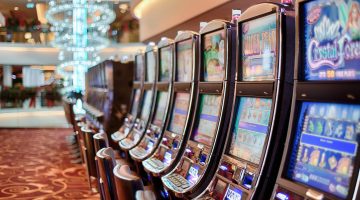 What is the average payout rate in online slots?