Never underestimate the skill involved in cooking fish perfectly. Mark Parkinson, who leads the brigade of chefs cooking for us at Catch in West Vale, Halifax, has mastered it perfectly. 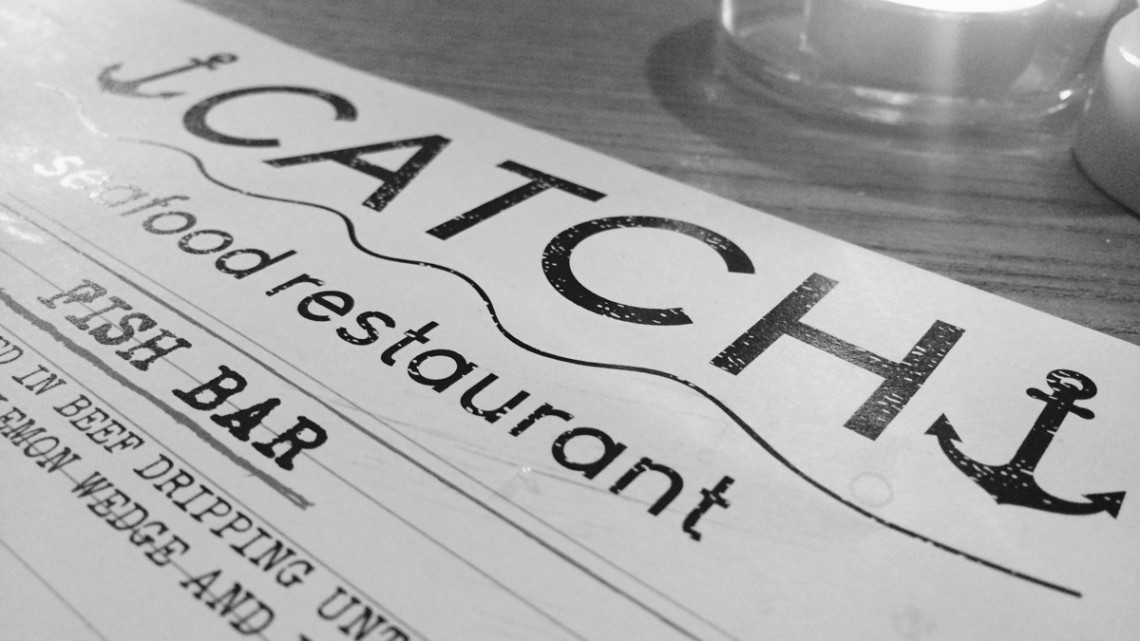 Halifax; not a place you’d normally associate with seafood. It lies 44 miles, as the crow flies, from the nearest coast (which, for those that are interested, is the Ribble Estuary Natural Nature reserve), so why would anybody open a restaurant in a town that has no link to the ocean? 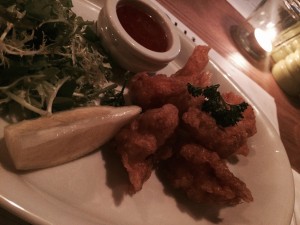 The answer? For Lee Roberts (the main man behind Catch) it’s a way of life, himself being born into the fish business.

Lee was born in the north east and, clearly having seen the light, has settled in Yorkshire. He has already put his name to a number of successful pub and restaurant businesses in the Calderdale area, one of which – The Fleece Inn – having been named the Welcome to Yorkshire Pub of the Year in recent weeks.

Lee explains that while he was growing up, the phone would ring at 4am and he’d hear his father discussing market prices for fish. This was the norm for him. Even his grandma stood behind one of the largest commissioned fish friers serving fish and chips to people who would queue for what seemed like miles. Lee is now harking back to his old family tradition of seafood with this new venture. 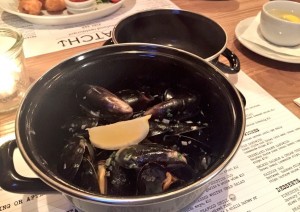 And so the scene was set for a grand opening of Catch Seafood Restaurant on the 14th August 2015, Lee and his team have worked tirelessly for months to turn a corner of Victoria Mills in West Vale, near Halifax, into a trendy eatery in which the modern-yet-traditional feel to the décor fits perfectly with the theme of the restaurant, which is able to seat 70 diners.

There’s been a real buzz in the area for months now about the opening of Catch, I’m guessing because Calderdale hasn’t seen anything like it before, but what’s the food like?

I started with the mussels served in a traditional mussel pot and drenched in white wine garlic parsley and cream – it was a dish of plump fresh mussels that, once devoured, left a sauce in which a chunk of bread was the only way to mop it all up. Divine.

For my dining partner, the temptation of tempura king prawns was all too much, served with a sweet chilli dip. I had to try one and discovered incredibly juicy king prawns with a batter that complemented perfectly. 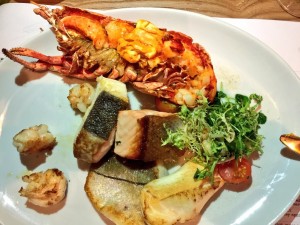 For main, my mind was made up. If you’re going to come to a seafood restaurant and write a review, you need try an array of fish.

The seafood grill allows for this perfectly and, after being convinced by the waiter that I needed half grilled lobster too, I’m presented with a mix of the freshest of fish, some of which I’m told was less than 10 hours old, brought in that very morning to the fishing port in Whitby.

Served with a garlic and chilli butter, the main can only be described as incredible. Never underestimate the skill involved in cooking fish perfectly. There’s a real art to it. Not one I’ve ever mastered but certainly one which Mark Parkinson, who leads the brigade of chefs cooking for us at Catch, has certainly mastered. 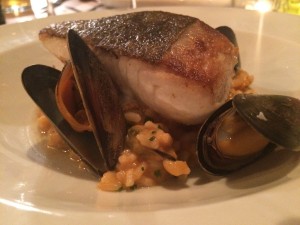 For my dining partner there’s a difficult decision ahead – lobster and scallop spaghetti or the halibut steak. The waiter helped us out here too, carefully negotiating on my partner’s behalf. (Half of my half-grilled lobster, which enabled her to try the halibut – very clever.)

Similar words of appreciation were made for the halibut, which was served on a shellfish risotto with mussels and clams. Obviously, after the surrender of lobster I was entitled to a taste; beautiful, a dish that perfectly demonstrated the wonders of the British sea.

No desserts to report back this time I’m afraid. We were simply satisfied with our catch of seafood that had blessed our evening, although the Yorkshire curd tart was tempting. 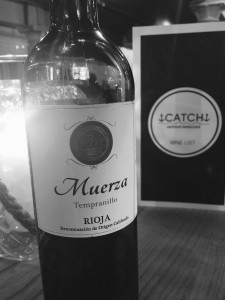 I have a feeling that in the early days getting a table at Catch is going to be a fish fight, as the buzz surrounding Catch seems infectious, and I’m delighted to spread my appreciation.

Catch Takeaway is also available, serving everything from squid and shoestring fries through to king size haddock and chips

Catch Seafood is located on the ground floor of the iconic Victoria Mills in West Vale, Calderdale, three miles from Halifax town centre, six miles from Huddersfield, and two miles from junction 24 of the M62.

Catch has ample parking, which is accessible from Rochdale Road. There is level access to the building from the car park area. www.CatchSeafood.co.uk

Why not have a read of our Claire’s review of Catch Seafood for Olive Magazine> click here for her verdict for the glossy monthly food publication. 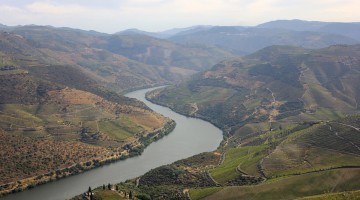 When we visited Porto: The Douro Valley – Portugal