Some parts of Cheshire are considered among the most affluent parts of the UK. Naturally, I had high expectations as to what Cheshire may have in store for us. 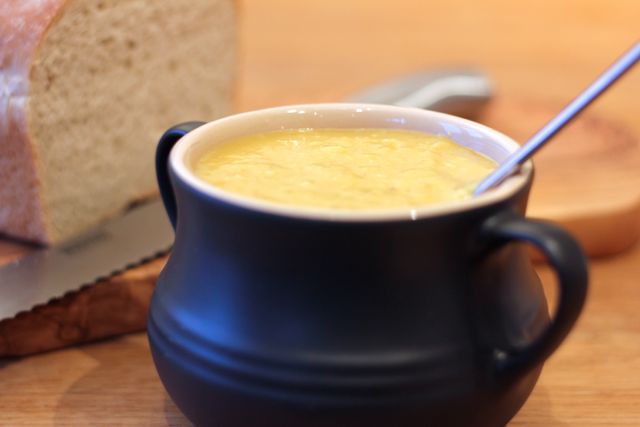 Our third recipe in the ‘Around the Counties in 47 Blog Posts’ has us moving on to the county of Cheshire.

Some parts of Cheshire are considered among the most affluent parts of the UK. Naturally, I had high expectations as to what Cheshire may have in store for us.

In previous recipes for the ‘Around the Counties in 47 Blog Posts’ series we’ve been spoiled for choice in terms of regional cuisine, but with Cheshire it boiled down to just two. We had to choose either Chester Cakes or Cheshire Soup.

Considering the lovely indulgence of the Manchester Tart in our last post, I thought this time we’d go for the savoury dish, the Cheshire Soup.

Cheshire Soup is essentially a vegetable soup with a lot of cheese added. I immediately considered the potential cost of making this dish. What we’ve seen so far in the counties journey is that generally speaking, dishes were created and named regional classics because of the affordability and availability of ingredients.

You may be thinking, as I was, that nowadays cheese isn’t cheap, but that’s probably because you’re basing this on supermarket prices. But back when the Cheshire Soup dish was created, cheese wasn’t an off-the-shelf product. It was most likely something you would make yourself.

That said, in the late 1800s Cheshire cheese experts were producing almost 12,000 tons of the stuff annually. Now there are only two remaining Cheshire cheese producers that are actually based in Cheshire.

Of course, for our recipe to be authentic our cheese has to be produced in Cheshire. We opted for cheese from Chorlton Cheshire Cheese, a family run business based in the heart of the Cheshire countryside in Chorlton, Cheshire.

Guy, owner and cheese maker at Chorlton Cheese, has over a decade of experience as a Cheshire cheese maker. He has won many awards as part of a very small team consisting of himself and Paul Holland, head cheese maker for Windsor’s for over 35 years.

After realising his dream and love for Cheshire cheese, Guy set out to make his own raw milk Cheshire from the family farm in Malpas. With help and experience from Paul, Guy perfected this Cheshire cheese, said by cheese graders to have some of the best qualities in Cheshire cheese they have ever tasted.

His cheese has ‘everlasting lemony notes’ and ‘a crumble in that melts in the mouth perfectly’.

Before we detail our recipe, let me talk a little about one of the ingredients in this dish – oats.

Initially, I had a real issue with the thought of adding oats. After a little research, which included tweeting a few chef experts, my issues were dissolved, as were the oats when I added them to the dish. Flour is also commonly used as a thickening agent in things like gravy and stews, and therefore let us not forget that flour is made by grinding cereal grains, which is exactly what oats are – cereal grains.

For this recipe, I opted to use oatmeal which I purchased in Sainsbury’s. Again don’t be put off by using oats. Instead, sit back and watch the magic happen as they thicken the soup beautifully.

Serve warm with crusty bread and enjoy this fabulous dish from Cheshire County! 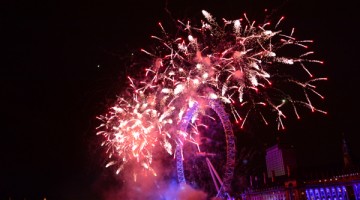