As well as offering a very fair price to producers, Fodder also offer health screenings and checkups for farmers and those associated with the industry, it’s a great story of a business giving back to the community. 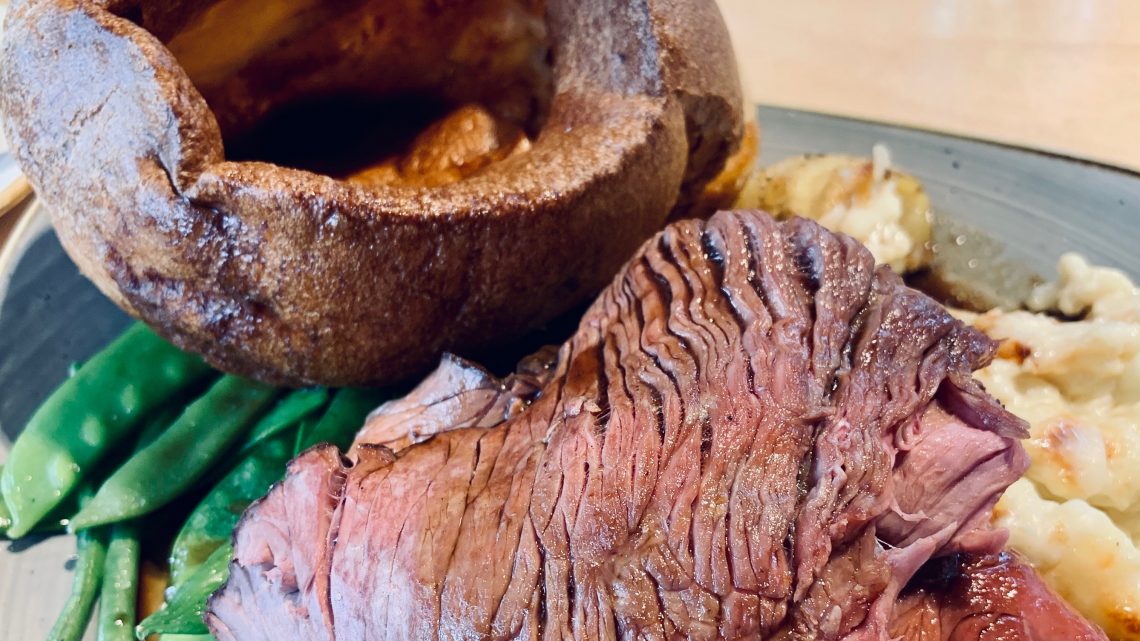 It’s all about the Fodder Demi-Glace

What’s your take on Sunday Lunch? Generally, and rather unbelievably, it’s not something I often opt for on a menu, simply because the majority of the time I think I can do better myself, we all know my seal approval of an eatery is largely based on weather a chef as produced something that I know I just couldn’t produce myself, that’s the point of visiting a restaurant surely?

So when Fodder got in touch to firstly challenge me to a ‘Yorkshire Puddoff’ and secondly try their Yorkshire Sunday Lunch it felt like the perfect opportunity to give somebody the chance to prove my theory wrong.

Fodder is located within the Great Yorkshire Showground, a stones throw away for the ever impressive Yorkshire town of Harrogate.

Created as not just a farm shop but also an eatery which they refer to as a Café and whilst I see their point with the Café branding, it does seems rather harsh given the quality of the food they produce. 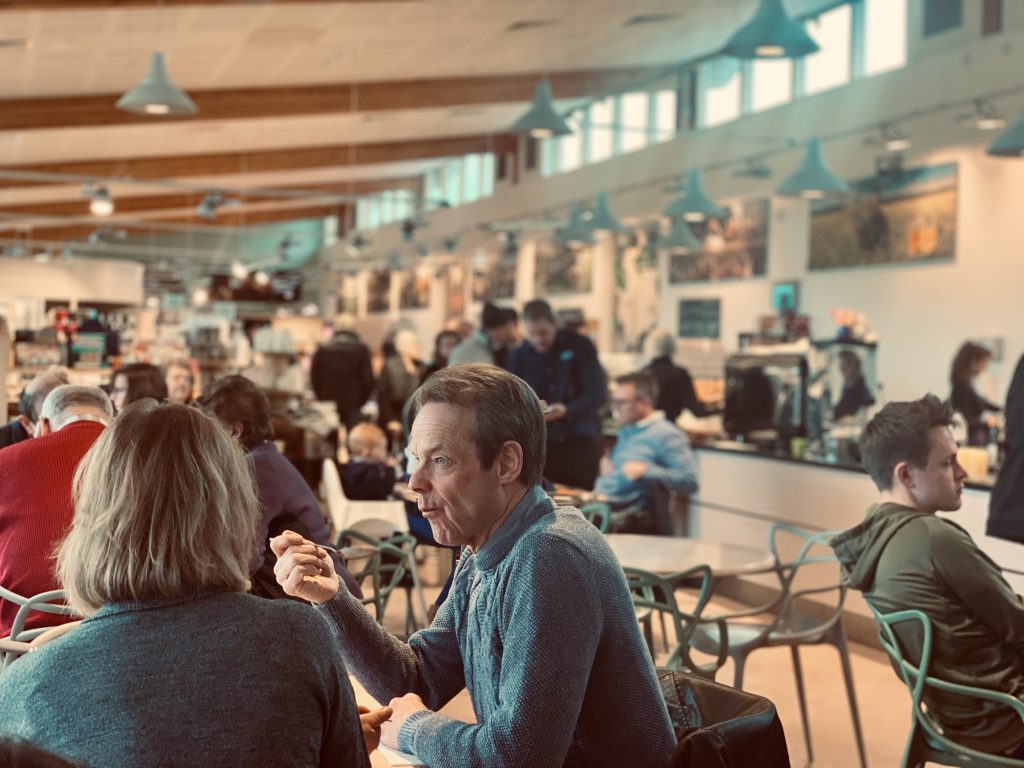 Both the shop and the café have been created without profit at the forefront of their minds, instead it opperates as almost a co-operative to the farming industry in Yorkshire, a huge proportion of everything they sell, create and cook comes from the surrounding rolling hills of Yorkshire, except that is for the usual suspects like Oranges, Lemons etc. which don’t lend themselves very well to the Yorkshire climate.

As well as offering a very fair price to producers, Fodder also offer health screenings and checkups for farmers and those associated with the industry, it’s a great story of a business giving back to the community.

The chef at the helm at Fodder is non other that Mehdi Boukemach an incredibly talented chef who clearly as a real passion for food, and particularly his Sunday Roast, it feels almost like he wants to teach us Yorkshire folk a thing or two.

I’ve spoken before about establishments and chefs that make their sauces and gravy via the demi-glace method, it’s extremely rare due largely to the time it takes to refine what I refer to as liquid gold, there are 2 places that stick to mind The Devonshire Arms at Bolton Abbey and a luxury holiday village I once visited on the south cost of Spain, both of which at the time of visiting had French trained chefs at their elm.

Mehdi is not only French trained but it’s in the blood too, a proud Frenchman who likens the beauty of Yorkshire to the finer parts of his own homeland, so it’s no surprise that he also uses the demi-glace method.

To put it into context, he starts the gravy for a Sunday on the Monday prior to the great day, for days on end liquid is reduced and reduced to create just enough gravy for Sundays service and as chef tells me once it’s gone it’s gone, they’re ain’t no bisto here! 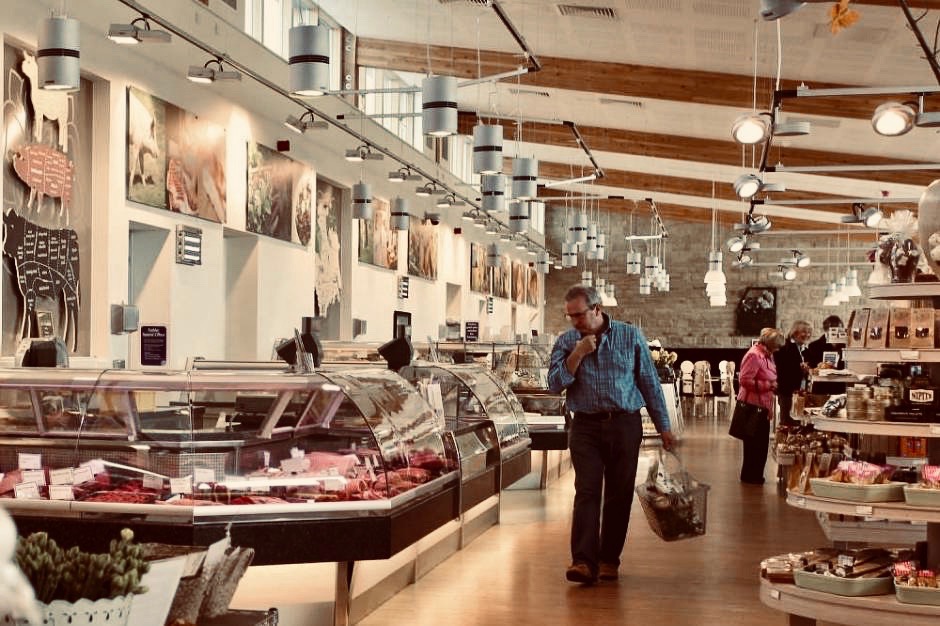 As for the rest of the plate of food well that’s pretty awesome too, he cooks beef rare, should people ask for it well done he’ll do it but will cry as the beast hits the salamander, the accompaniments of carrot and suede mash, roast potatoes and the most amazing cauliflower cheese I’ve ever had makes this a pretty special plate of food.

Clearly we do need to talk Yorkshire Puddings, Mehdi’s are huuuuuge, and he does something I’ve never seen before, he starts them in cold rapeseed oil, the opportunity to show him how it’s done it too much and so despite chef’s confidence that he’ll beat me we go head to head in a puddoff.

The words “wow yeah they are pretty awesome” will for a long time ring with pleasure in my ears,

And so if you haven’t realised already I’m pretty impressed with Fodder, in fact I’m that impressed that I have to declare Fodder the best place I have ever eaten a Sunday Dinner, it truly is epic and at £10.50 it’s awesome value too.

This Sunday lunch is so good I’d make a special drive to Harrogate from West Yorkshire to have it again, put this place in your diary, you need to visit them, outstanding!! 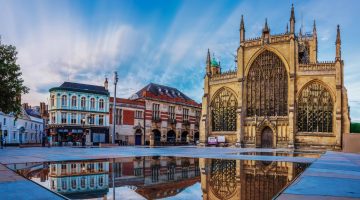