The best food and drink to come out of Yorkshire

Yorkshire is home to many great things, and food and drink is just one area in which Yorkshire has gifted the world 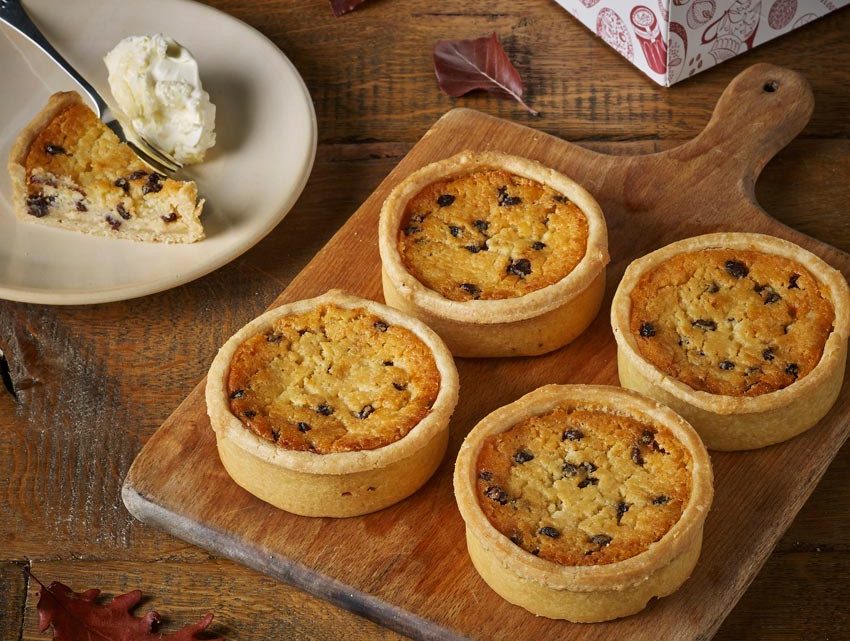 many of these goodies are not only enjoyed in Yorkshire but all over the world.

Yorkshire is home to many great things, and food and drink is just one area in which Yorkshire has gifted the world. We’ve teamed up with holidaycottages.co.uk to give you the best food and drink that has come out of Yorkshire. There’s plenty here to make any Yorkshireman proud – many of these goodies are not only enjoyed in Yorkshire but all over the world.

The favourite cheese of Wallace and Gromit, Wensleydale cheese originates from Wensleydale in North Yorkshire, with the earliest believed to have been made by French monks who settled in the area in the 12th century. Today, the cheese is handcrafted in Yorkshire at the Wensleydale Creamery, but is also made throughout the UK.

Crumbly yet moist, Wensleydale is also often flavoured with fruit such as cranberries, and in Yorkshire is even an accompaniment to apple pie and fruit cake. 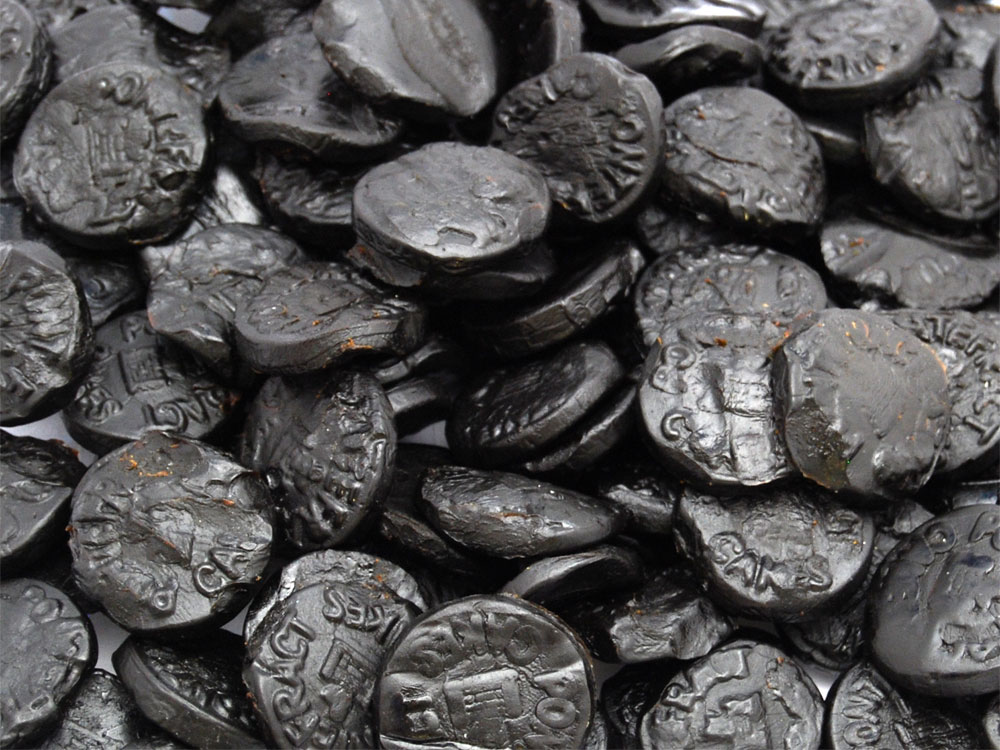 Also known as a Pomfret cake, Pontefract cakes are small round tablet sweets with a liquorice flavour. It started out as a popular medicine in the 18th century, before George Dunhill added sugar to them in 1760 to create the confectionery we know today. Pontefract cakes are often stamped with an emblem of Pontefract Castle, which was a mark of quality back when they were used as medicine. They are still made in Pontefract today by Haribo and sold across the UK. 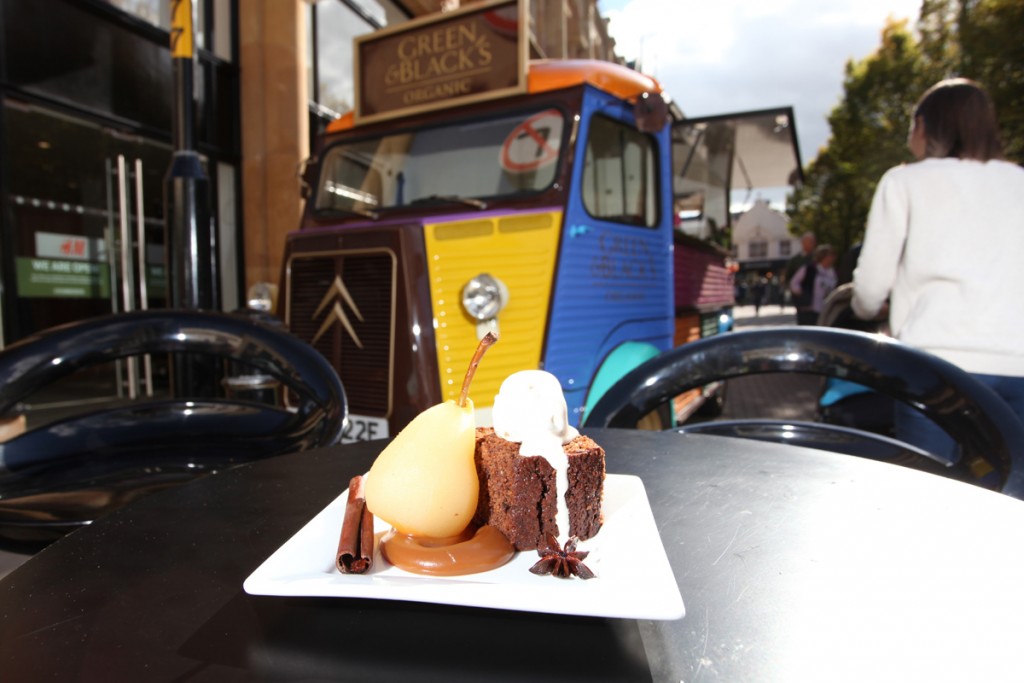 This delicious cake, made with oats, ginger and black treacle, is a real food of the people. It was originally made from just oats and cooked on a griddle, as both treacle and ovens had yet to spread to the working classes. Eventually, molasses became a more popular commodity, leading to the black treacle which is a staple ingredient today.

Yorkshire parkin is traditionally baked until it’s hard, and then covered and left for a few days until it achieves its lovely soft texture.

Try our twist on the Yorkshire parkin, with added Green and Black’s chocolate and salted caramel sauce: Our Yorkshire Parkin Recipe 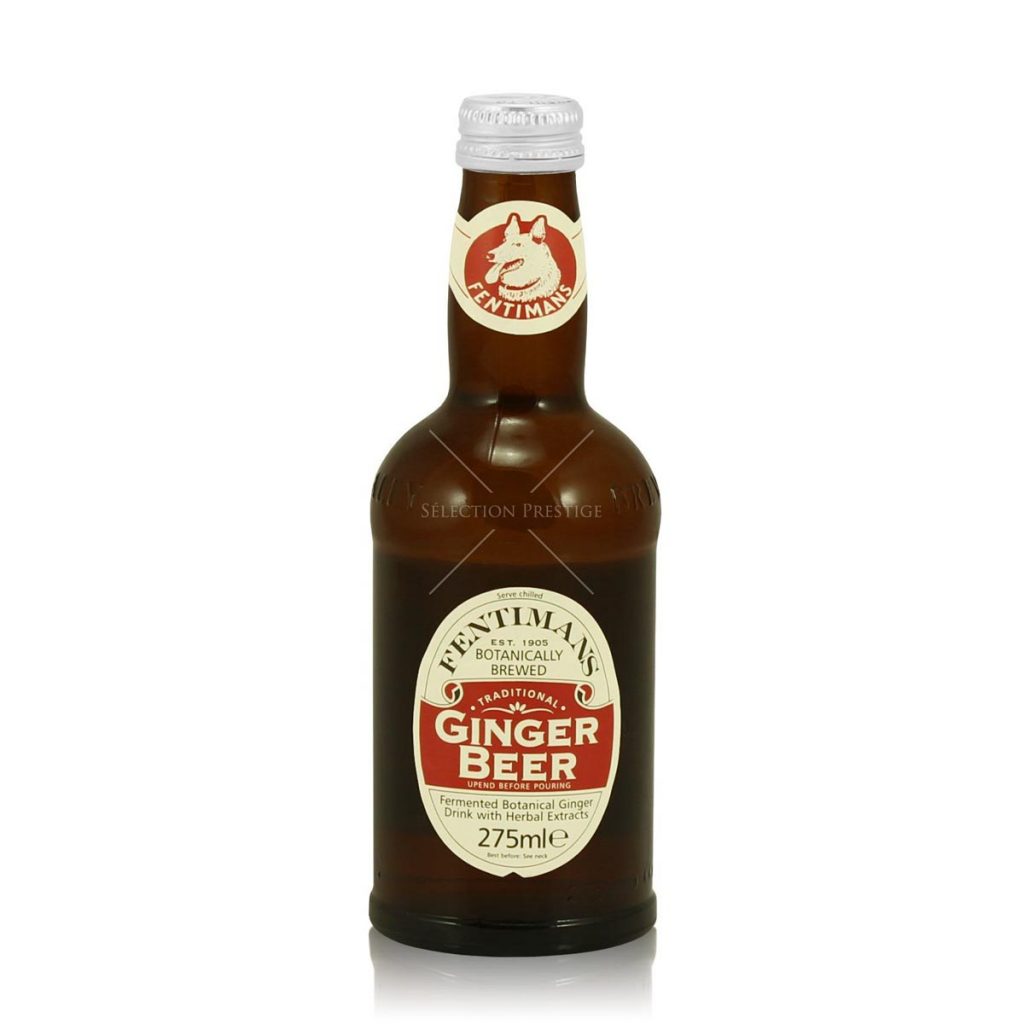 First brewed in Yorkshire in the mid-18th century, ginger beer was born out of the sugar trade with the Caribbean and the spice trades with the East. Made from fermented ginger, yeast and sugar, ginger beer remains a popular alcoholic drink today, and is also an ingredient in cocktails such as the Dark ‘N’ Stormy. Ginger beer is also popular as a soft drink, where it has been carbonated rather than fermented. 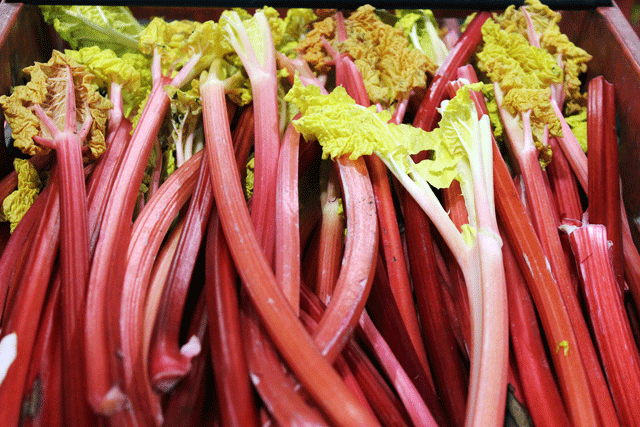 Unique to Yorkshire, forced rhubarb is grown in the dark and harvested by candlelight – this gives the rhubarb its striking pink colour, rather than letting photosynthesis turn the stalks green. Rhubarb plants thrive in cold weather, making Yorkshire the perfect place to grow it.

Forced rhubarb is mostly grown in an area known as the Rhubarb Triangle, between Wakefield, Morley and Rothwell. Every February, Yorkshire holds a Rhubarb Festival, where you can take a tour of the forcing sheds and hear the rhubarb creak as it grows in the dark.

Our recipe for rhubarb, vanilla and almond pie is a great way to try rhubarb: http://www.yorkshirepudd.co.uk/rhubarb-vanilla-and-almond-pie/ 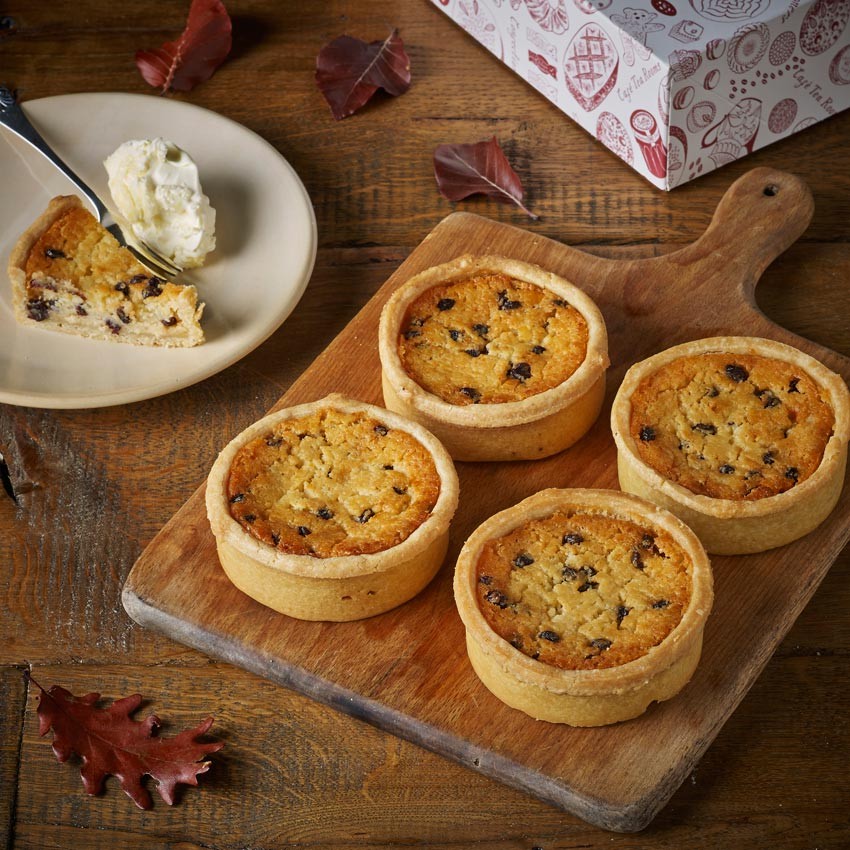 By and large, the Yorkshire curd tart remains a local delicacy, but it’s one that’s definitely worth trying if you’re in the region. Traditionally made from curds left over from the cheesemaking process, nowadays the recipe normally involves making your own curds. These make the tart a kind of baked cheesecake, flavoured with raisins, allspice and rosewater. You can find the Yorkshire curd tart at independent bakeries and cafes across Yorkshire.

Fat rascals are one of Yorkshire’s best-kept secrets – trademarked by Bettys, they are only sold at the company’s six tearooms across Yorkshire, meaning you have to be in Yorkshire to try the real deal.

They resemble scones or rock cakes, and are flavoured with orange or lemon zest, currants, cinnamon and nutmeg. Fat rascals are often decorated with a face made from glacé cherries and blanched almonds.

As they’re rarely sold outside of Yorkshire, why not try making your own? You’ll find a selection of great fat rascal recipes here: Yorkshire Fat Rascals 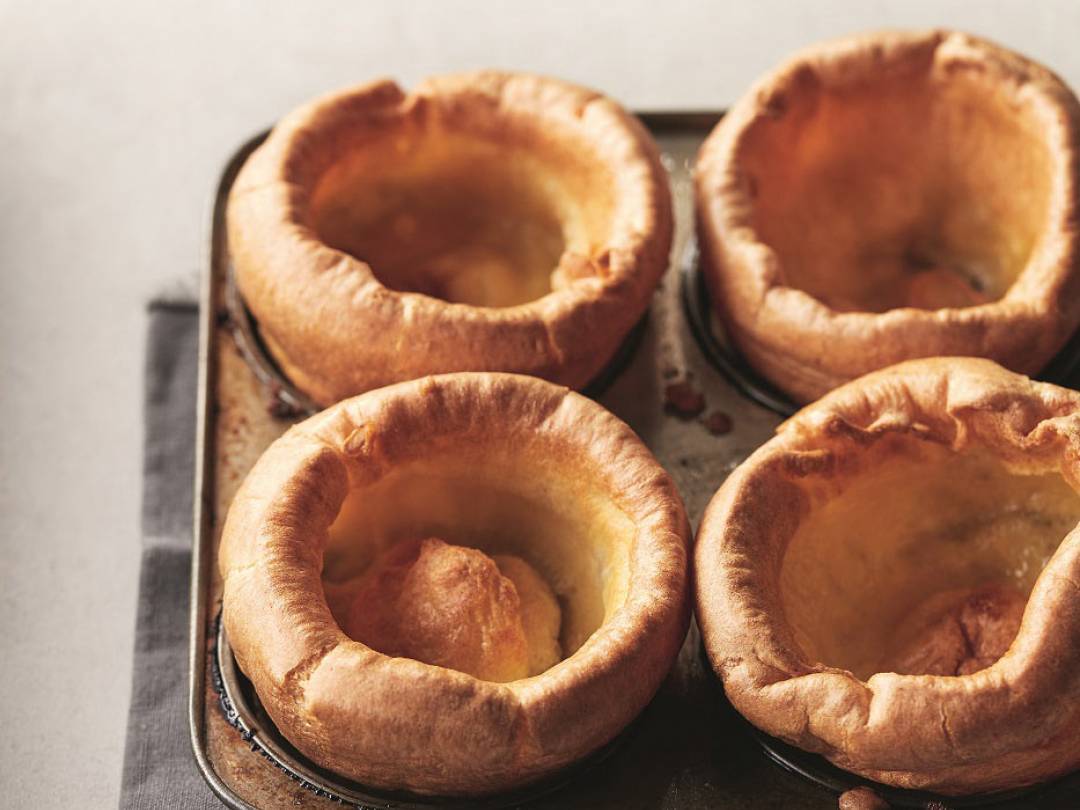 Last, but definitely not least, the Yorkshire pudding is the perfect accompaniment to roast beef. It’s something which has become popular across the nation – and it’s hard to imagine a roast dinner without it!

A simple batter is made from flour, eggs, milk and salt before being baked in the oven where the magic happens, and the batter rises into the tasty puddings we know and love – the ultimate comfort food!

In recent years, Yorkshire has really established itself as a foodie destination, and with a food heritage as great as this, it should be on every foodie’s list as a place to visit. Holidaycottages.co.uk have over 100 fantastic holiday cottages in Yorkshire, meaning it’s easy to discover the delights of Yorkshire and sample the real deal for yourself. 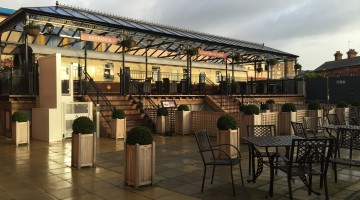