Hotpot calls for a slow cook to ensure a tender lamb to go along with the pickled cabbage, sweetened carrots, and of course a pint of bitter. Betty would be proud. 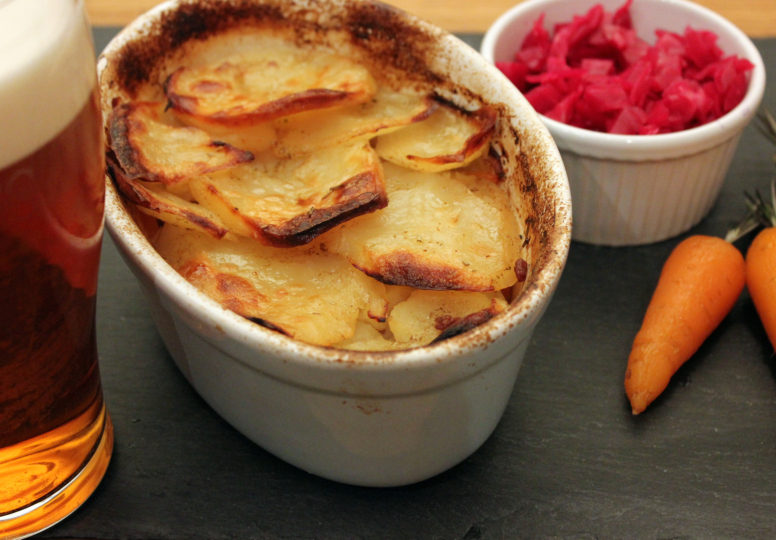 Around the Counties in 47 Blog Posts – 1/47 Lancashire

With some confusion across the other side of the pennies as to which town is in Lancashire and which is in Great Manchester, it’s hardly surprising that there also seems to be confusion as to what constitutes a traditional Lancashire Hotpot. After days of research, it has grown clear that lamb, onions, and potato are the common ingredients, allowing of course for the recipes that include variations such as mutton, lamb kidneys, mushrooms, carrots, and even oysters.

Thankfully, I have a connection to Lancashire. Well, Wigan which used to be Lancashire but is now firmly in Greater Manchester. My darling wife was born and bred on that side of the Pennines and grew up around fantastic cooks in her mother and grandmother. In fact, her grandmother was the cook and house keeper at a large manor house in the Parbold area of the county. She cooked in the days of traditional British cuisine with Mrs Beeton’s book on Household Management never far away.

Before I delve into the Lancashire Hotpot recipe, I would be nothing short of negligent if I failed to mention the TV Serial Drama that made this dish as famous as it is today. Coronation Street’s Betty Driver kept the dish alive for years. A frozen variety even hit the shelves in grocery stores, although retailer Tesco in 2008 called the Lancashire Hotpot the most endangered recipe in British Cuisine! I can hear the chuckles of fellow Yorkshire folk!

That brings me beautifully to my dear recipe, which calls for a slow cook to ensure a tender lamb to go along with the pickled cabbage, sweetened carrots, and of course a pint of bitter. Betty would be proud.

Heat the drippings or butter in a frying pan and lightly brown the lamb.

In your individual casserole dishes or 1 large dish, layer the lamb, carrot, and onion. Season each layer with salt and pepper. Cover with the sliced potatoes. Evenly pour in the stock. Brush the potatoes with a little of the dripping or butter.
Cover with foil and bake for 90 minutes. Then remove the foil and allow it to cook for another 30 minutes to allow the potatoes to brown.

When you remove this from the oven, allow it to settle and cool for 10 minutes and serve! 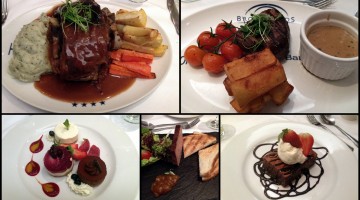 Restaurant review: Brooklands – the home of the Barnsley Chop