Free flowing countryside, easy access to Leeds and Bradford and a stone’s throw away from the original set of Yorkshire’s most famous soap. Where are we? An idyllic manor house, which resides a Marriot Hotel, named Hollins Hall of course! 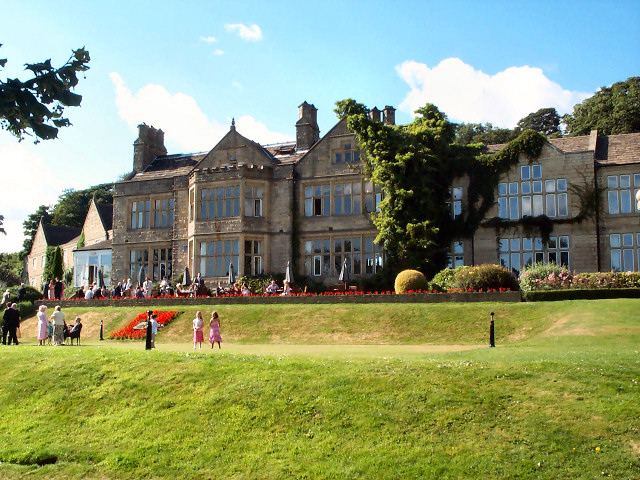 With some work, they can get there!

Free flowing countryside, easy access to Leeds and Bradford and a stone’s throw away from the original set of Yorkshire’s most famous soap. Where are we? An idyllic manor house, which resides a Marriot Hotel, named Hollins Hall of course!

Not only does this stunning building play host to an hotel but it’s also home to Heathcliff’s Restaurant, which recently joined forces with Hugh Fearnley-Whittingstall’s River Cottage to produce a stunning looking menu which claims to source 80% of their food within 60 miles of the restaurant.

After our recent review of Vinny & Vito at the Village Hotel, I was certainly enthused by another establishment that was aiming to change the way we think of hotel restaurant food. What was clear was the dinner they are trying to aim for is slightly different to those at Vinny & Vito. This place felt more intimate, the sort of place you’d have a romantic meal for two rather than an evening with friends.

A quick look at the wine menu and the ordering of a glass of Malbec got the evening off to a fine start. The choices of food matched the splendour of the wine list and I was getting more excited by the minute.

I opted for the chorizo meatballs to begin with served with cous cous and a courgette and tomato cassoulet.

Chorizo is not the first thing you associate with being sourced within 60 miles of Shipley but I can assure you it is. This was Yorkshire chorizo (we’ll turn our hands to anything), made at Swillington Organic Farm on the outskirts of Leeds, and I have to say it’s a delight!

My wife opted for the fishcakes, which were served with rocket, capers, red onion salad and lemon oil. The feedback was good!

On to the mains and for my wife it was braised beef and for me slow cooked lamb, two completely different dishes you would have thought. No, the lamb was also braised. Why didn’t they say that?

It’s not often that I’ll leave a scrap of food on my plate but tonight this was going to be different. Served with a non-descript jus and a thyme and chilli mash, this lamb, sadly, was just not good. It had gone past the tender stage and straight to the incredibly dry stage, and the lack of anything moist did nothing to helping it’s cause.

Much the same was to be said about my wife’s main, again very dry and a distinct lack of any gravy. I know what you’re thinking ‘Northern Blokes Love Gravy’, but it’s not just northern blokes. Take Michel Roux Jr. for instance, all he ever seems to tell contestants on the TV show Masterchef is “give me more sauce!”

There was some hope ahead, having left most of the main we had plenty of room for dessert. Wifey opted for panna cotta, I went for the chocolate and hazelnut fritters.

Was it going to be good, bad or ugly? Ugly I’m afraid. The panna cotta had split, usually caused by over boiling milk or cream, it creates a texture that you can only compare with cottage cheese, very grainy and not nice to eat. The fritters didn’t fare much better either, shaped like the inside of kinder egg, the luke warm chocolate coated in harsh hazelnut was not something I’d order again.

So would I return? Maybe when they sort things out I would, but for now, I’m afraid not. Would I recommend this restaurant? Nup, can’t say I would.

I have to be honest but I will also be fair. They’ve got great idea’s and a menu that reads very well. They just need to be able to execute it all for it to come together. With some work, they can get there.

Next post Christmas recipes for kids: New app reveals what to make with your little ones 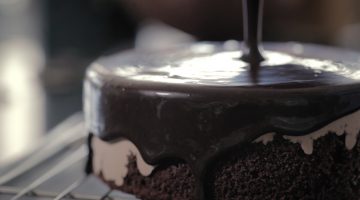