A week in the life of a northern food blogger

Do you ever wonder why blogs exist? What fun do people like me actually get from writing about something over and over and what of all that work? I can’t speak for everybody on some of those questions. What I can do is tell you about one amazing week as a northern blogger and hopefully you’ll see some of the perks. 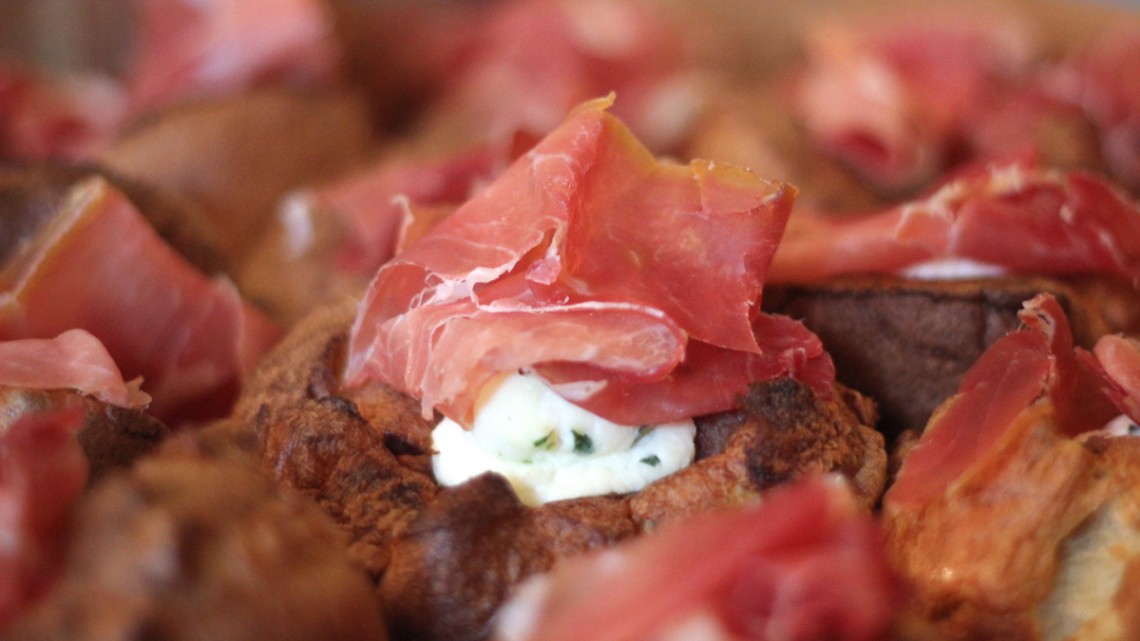 Do you ever wonder why blogs exist? What fun do people like me actually get from writing about something over and over and what of all that work?

I can’t speak for everybody on some of those questions. What I can do is tell you about one amazing week as a northern food blogger and hopefully you’ll see some of the perks.

Salvo’s Restaurant Leeds. Now you might recall this popular restaurant situated in Headingly from an episode of Gordon Ramsay’s F-Word. It’s run by a couple of Italian brothers, one of whom is loud* and entertaining, the other more restrained and obviously the business brains.

*Incidentally I feel I have the authority to describe somebody from Italy as loud, based on the fact that I too have some distant Italian heritage and I too might be described as loud… but entertaining.

Salvo’s had invited me and five other bloggers to sample some of the delights from their new menu, accompanied by a glass of red. Of course I tucked right in.

Sadly no amount of writing or describing will be enough to fully describe the wonders of their food. I’ll have to let the pictures do the talking. What I was intrigued to learn was where they source their produce. One word – Italy.

They feel the only way to bring the true Italian experience to Leeds is to arrange for Italian produce to be shipped to the UK. The very best tomatoes, mozzarella, melon, an endless list of ingredients, all making their way here from the Mediterranean.

Surprisingly, this shipment also contains artisan pasta. I suppose my romantic bubble had to burst at some point. You see, I just presumed that a restaurant with this level of detail to produce would make their own pasta, but as the brothers described, the work involved in handmade artisan pasta is immense, and one that would probably lead to prices being sky high. Instead they leave shaped pasta to the experts back in Italy and tackle making the more straightforward pasta (lasagne sheets, ravioli etc.) in the kitchens of their outstandingly beautiful restaurant. Get yourself there, you will not be disappointed.

Two days later and I find myself invited to an event at Sam’s Chop House in Leeds run by Old Amsterdam Cheese, for an evening sampling some outstanding cheeses. And here’s the best bit: the head sommelier is there to entertain and educate us on the fine art of pairing a great cheese with a great wine.

I know what you’re thinking, this sounds like an awesome night, and you’d be right! I only had one fear: would I like all these cheeses? The answer – of course! Old Amsterdam, Epoisses, Grogonzola Piccante and Västerbotten were the array of cheeses we sampled. Although each and every one was individual in their own right there are two that really stand out for me: the Västerbotten and the Old Amsterdam. Västerbotten is an amazing cross between a cheddar and parmesan which I’ll be hunting high and low to find a retailer of, and the Old Amsterdam is a versatile cheese that is aged for 18 months and simply needs to be in your fridge!! 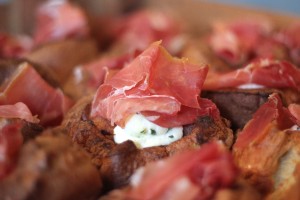 It’s hard to really describe my Thursday night, my only suggestion is that you enjoy it for yourself. Each month in the Lazy Lounge in Leeds, Chef Mario runs an Italian masterclass he calls the Gusto Italian Night. Surprisingly I was invited to supply Yorkshire Puddings to accompany his continental food. The unsuspecting crowd was treated to two tasty fusion concoctions, one with a ricotta cheese filling and Parma ham and the second a vegetable ratatouille which has to be tasted to be believed. You need to get yourself there and it’s only nine quid.

So that’s a taste of what it’s like to be a blogger. I can’t speak for everyone, but the perks come down to getting to experience more of what you already love and sharing it with the world. Who wouldn’t want to do that? 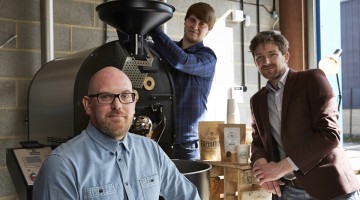