Polo 24 Hour Bar is situated in the financial district of the city of London, it's a trendy cafe style eatery serving the most amazing burgers and puss! (Not Yorkshire Pudd's) 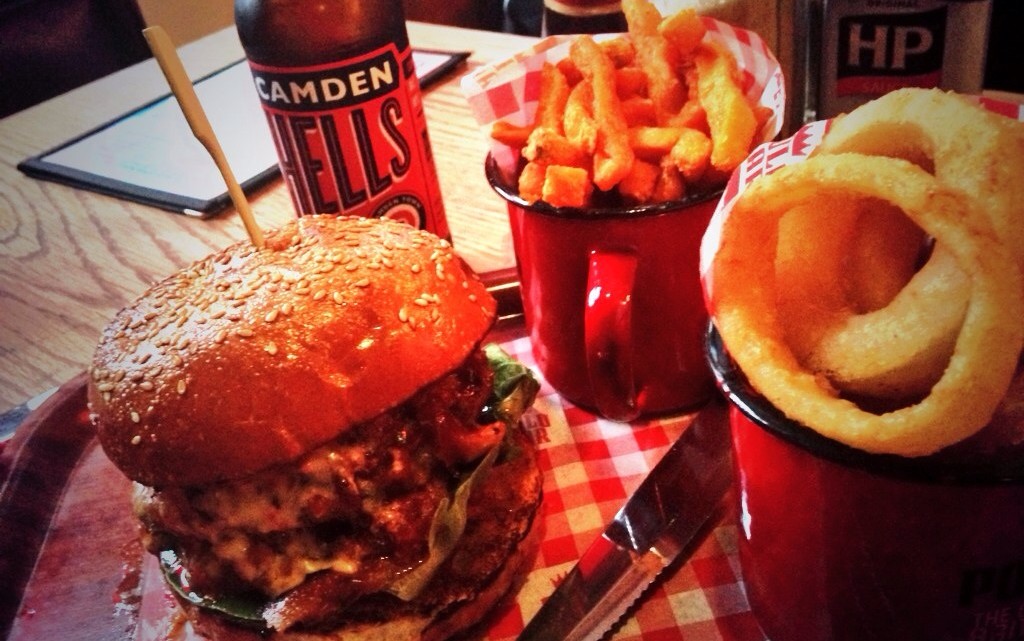 When Polo 24 Hour Bar invited our Chris along to give them a try, he jumped at the chance to visit this trendy British cafe.

For somewhere in the region of 5 years, I’ve frequently made the journey from God’s own county to Devonshire Square in London, situated a 5 minute walk away from Liverpool Street Station, the complex sits in the heart of the City and in the shadows of the now famous Gherkin Building.

Admittedly not once over the course of those 5 years had I spotted the tucked away Polo 24 Hour Bar, so a few weeks ago when they invited me to pop along and give it a try I jumped at the chance to try out somewhere new to me and, more importantly, somewhere I could potentially frequent more often.

It’s a Friday night, the financial organisations in the city are emptying of their pin striped suited employees and believe it or not Polo 24 Hour Bar is rather empty, buts that’s more to do with the fact that folk have rushed for after work drinks, rather than a venue that’s more famed for it’s food.

No doubt later in the evening it’ll be packed with revellers wanting to endulge in food that will soak up all the alcohol before they return home, but for now it’s my home for a couple of hours, to try out the food and burn a few hours before my late Grand Central train back to Yorkshire.

The bar is more of a trendy café, white tiles coat the walls downstairs and upstairs there’s more of a feel of a set from the movie Grease, but it’s not tacky, far from it. This place looks fab. 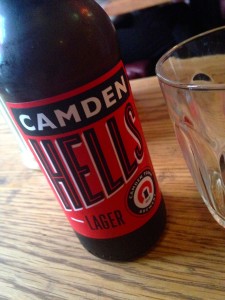 Not really a starters type of place, I dive straight in and head for the burgers, and a Chilli Cheese Burger tickles my fancy. At £7.50 it’s an absolute bargain, and to accompany I order sweet potato chips and onion rings. To drink it’s a London produced larger called Camden Hells.

So how would I rate it? Well that’s easy – outstanding. The bread bun is a perfect brioche roll with a beef patty that’s clearly been made on-site and a chilli filling that gives a slight ting to the lips. Sweet potato fries can be tough to get right and they’ve pulled it off, together with the best onion rings I’ve had in some time. It’s a great start!

Moving on to dessert and I’m talked into homemade chocolate brownie which is a bit different. It’s almost a combination of a brownie and a chocolate fondant, which is a delight, accompanied by a rich vanilla ice cream it’s the perfect end to a meal.

Open 24 hours a day, the Polo 24 Hour Bar is a trendy eatery cooking British classics to a high standard, they pride themselves on their homemade cooking and especially their sweet treats.

I suppose the key question is will I be back? The answer… I’m checking my diary now for my next visit to London! 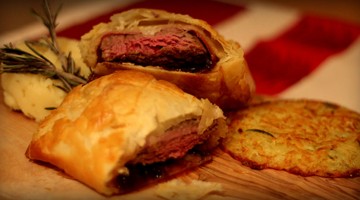