In our latest restaurant review Chris went to South Yorkshire to Smith and Baker in Sheffield. Read his verdict here (here's a clue: it was very very good) 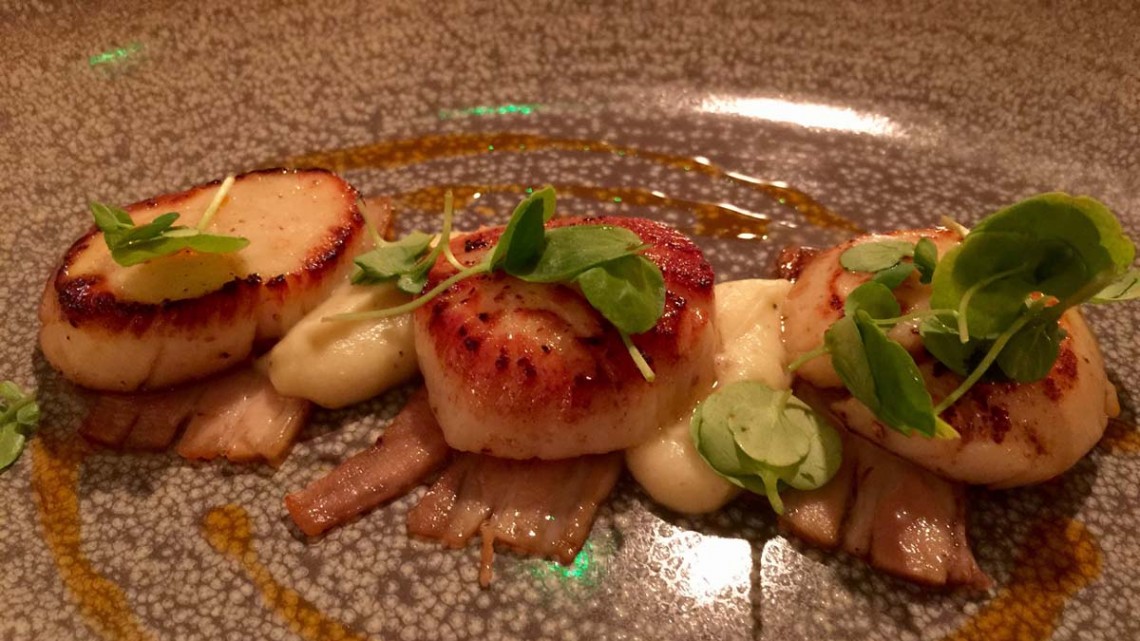 It’s the little things that make Smith and Baker special

It seems fitting that the gateway to Yorkshire, if you’re travelling from the south, has seen a recent emergence of culinary talent. Once famed more for the tools we used to eat with rather than food itself, Sheffield is staking a claim for Yorkshire culinary capital on the north. 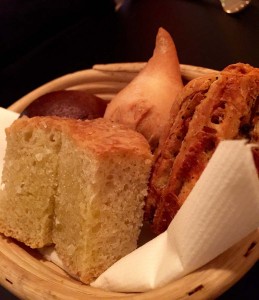 With that in mind, Smith and Baker is leading the way. Positioned on the busy A635 south west of the city, this trendy little eatery whacks you in the face the minute you enter with its boldly decorated walls and contemporary feel.

Smith and Baker seems a bit different to the majority of restaurants I’ve visited of late. Jack Baker explains to us that his interests are more in the quality of the produce rather than the locality of it, and he’s not afraid to admit that the calves liver is from overseas and that his seafood has clocked up some miles too. Jack also talks passionately about the skills he has within the business, butchery being one of them, which gives him the ability to cut out the middle man and serve bigger portions. A man after my own heart.

So how should we digest him bucking the trend? To be honest I’m with Jack on this one. Locality should be the rule but quality certainly should not be compromised, and I applaud Jack’s honesty. 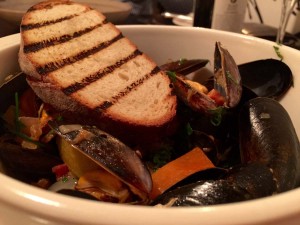 Anyway I digress. Let’s talk about what we had to eat at Smith and Baker. I started with seared scallops (from The Minch), honey glazed pork belly with celeriac puree and pancetta. Sounds great doesn’t it? Tasted rather special too. I’ll be honest, I’ve never had scallops and pork belly on the same plate but it works really well. The pork is incredibly flavoured and the sweetness from the honey just comes through before your palate is awash with the immense flavour of scallop and delicate celeriac puree.

My dining partner opted for the special; mussels, chorizo, peppers and cream sauce. What’s not to like there? We both mopped up the sauce with the some amazing bread. You have to don’t you? 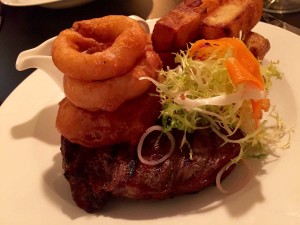 For main I opted for the ribeye. I’d caught glimpse of one when I first entered the restaurant and from that moment there was only one main I was going to choose. Sourced from Owen Taylor, this award-winning piece of beef was simply stunning, served with onion rings, peppercorn sauce and big chunky jenga chips, and was everything I’d wished for.

For my dining partner the lure of calvers liver was where she was heading, served with a garlic pomme puree, home cured pancetta, confit root vegetables, onion marmalade and a red wine sauce. There was similar praise coming from across the table to what I had muttered.

There was no way we could have a dessert each so took the decision to share amazing soft nougat dessert, which again was outstanding and finished the meal off perfectly. 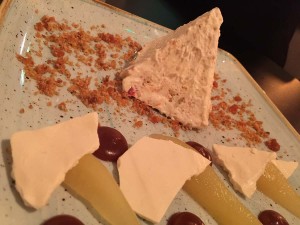 I have to confess that Smith and Baker is without doubt the best restaurant I’ve visited this year. Yes, the food is great but it’s the little things that make Smith and Baker special: the décor, the homemade petit fours, the ambiance, service and friendliness of every one of the team members. A really fantastic restaurant and somewhere I’ll be visiting again very soon!

Next post The Liquorist adds to Greek Street chic 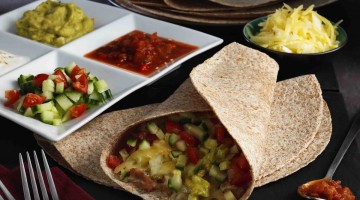