For much of it’s life El Gato Negro lived in the tranquil Pennine village of Ripponden, a village I knew well having lived their and wed their, but not somewhere in which I’d never experienced El Gato Negro 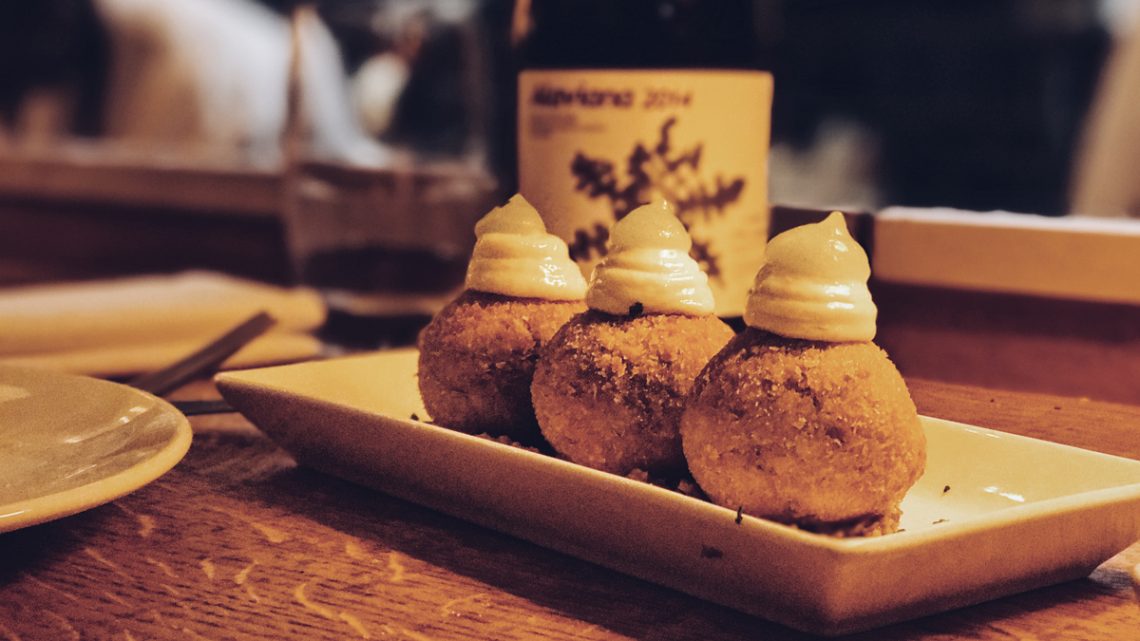 The bright lights of Manchester so even more folk can revel in its awesomeness.

Be sad ladies and gentleman be very sad, 12 months ago we lost a true Yorkshire great, but it’s only now that I realized what was right under my nose.

I’m talking about a black cat, or more specifically a Spanish Black Cat whom from now on we must refer to as El Gato Negro.

For much of it’s life El Gato Negro lived in the tranquil Pennine village of Ripponden, a village I knew well having lived there and wed there, but not somewhere in which I’d never experienced El Gato Negro.

Even my foodie hero Gordon Ramsey declared his love for this Spanish black cat, but still I just did not find the time to cross its path.

But fear not, things just changed, I’ve found El Gato Negro living the life in central Manchester and boy am I glad I did. 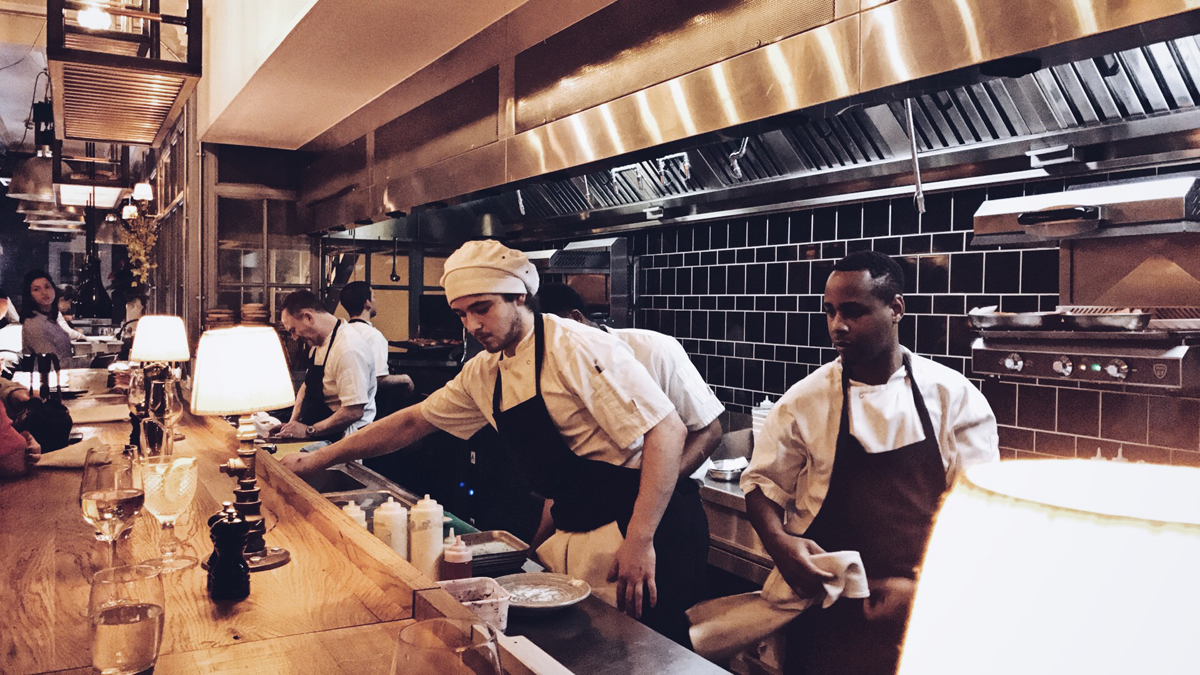 Formally a Yorkshire restaurant well known amongst locals until Ramseys F Word TV program told the entire nation about it, and folk began to travel from far and wide.

It was this popularity which led Chef Patron Simon Shaw to relocate to a much bigger venue in the bright lights of Manchester, that way even more folk could revel is its awesomeness.

A Saturday night visit to El Gato Negro delivers a mass of ambiance the minute you set through the door, there’s not a free table in sight across their impressive 3 floors, what’s evident is a sense of enjoyment in everyone. 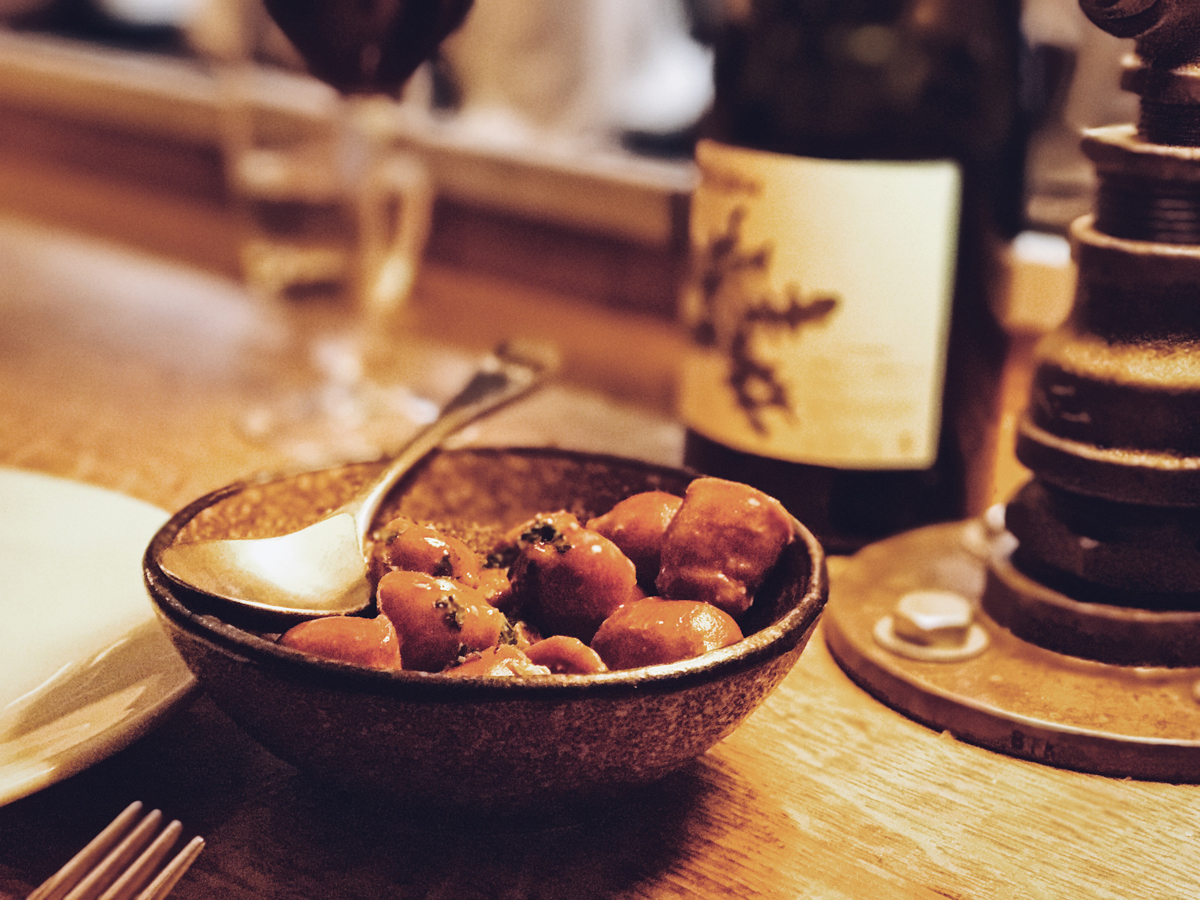 We sit pride of place on the elevated table right in front of the open kitchen, as a self confessed foodie this is exactly where I want to be, an opportunity to see talented chefs at work.

It’s my assumption that restaurants like El Gato Negro give chefs the ability to experience ingredients and styles that are hard to come by.

How many Manchester restaurants offer Padron Peppers or source the highest quality Spanish tomatoes to produce some of the finest Catalan bread you will ever taste. 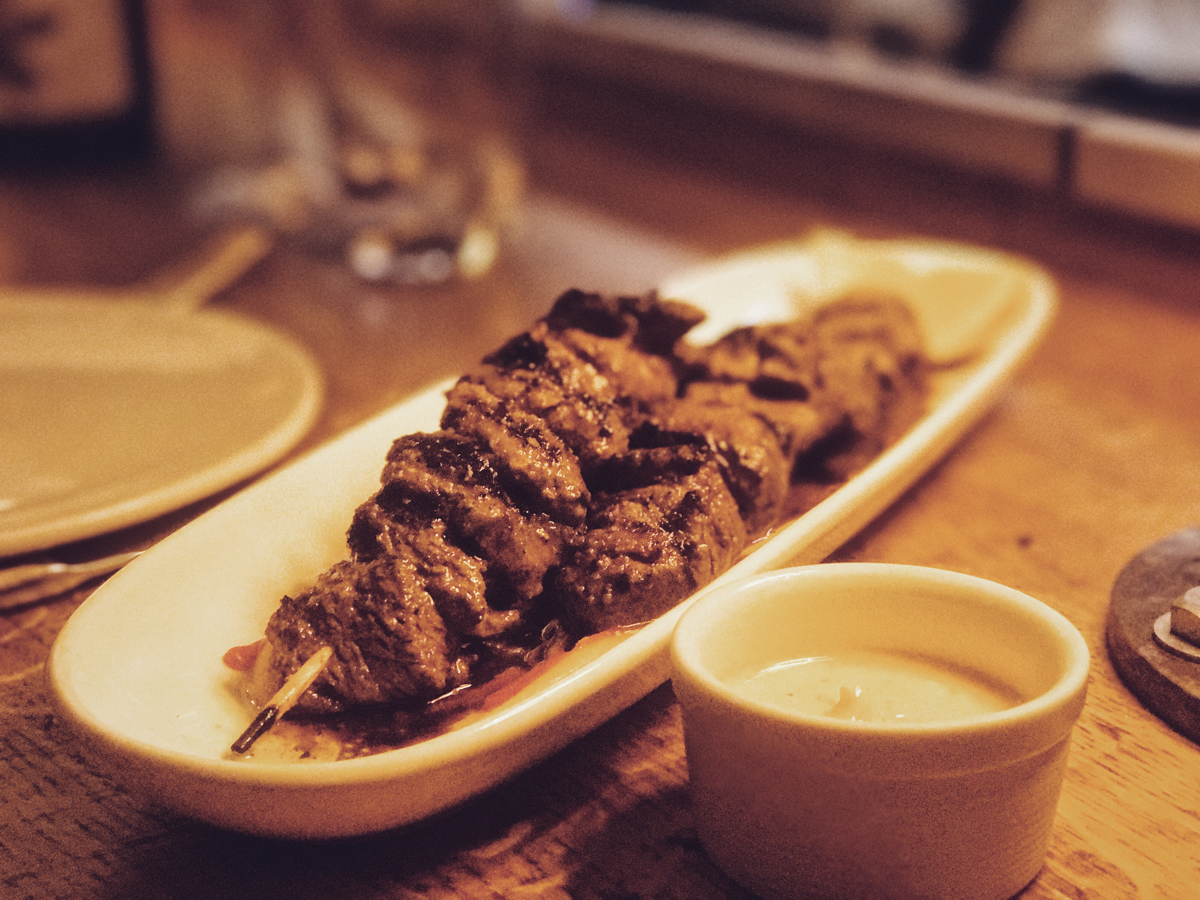 Ibreico Ham instantly triggers many happy memories from happy summers spent in Spain and that’s even before I’ve talked about the Scotch Egg.

Possibly one of the most amazing things to ever enter my mouth, for those already scared by the thought of blood pudding, don’t be, this isn’t the sometimes harsh black pudding we have in the UK, it’s a softer, creamier taste, a taste that whenever I see it on a menu in Spain, I simply have to order it! 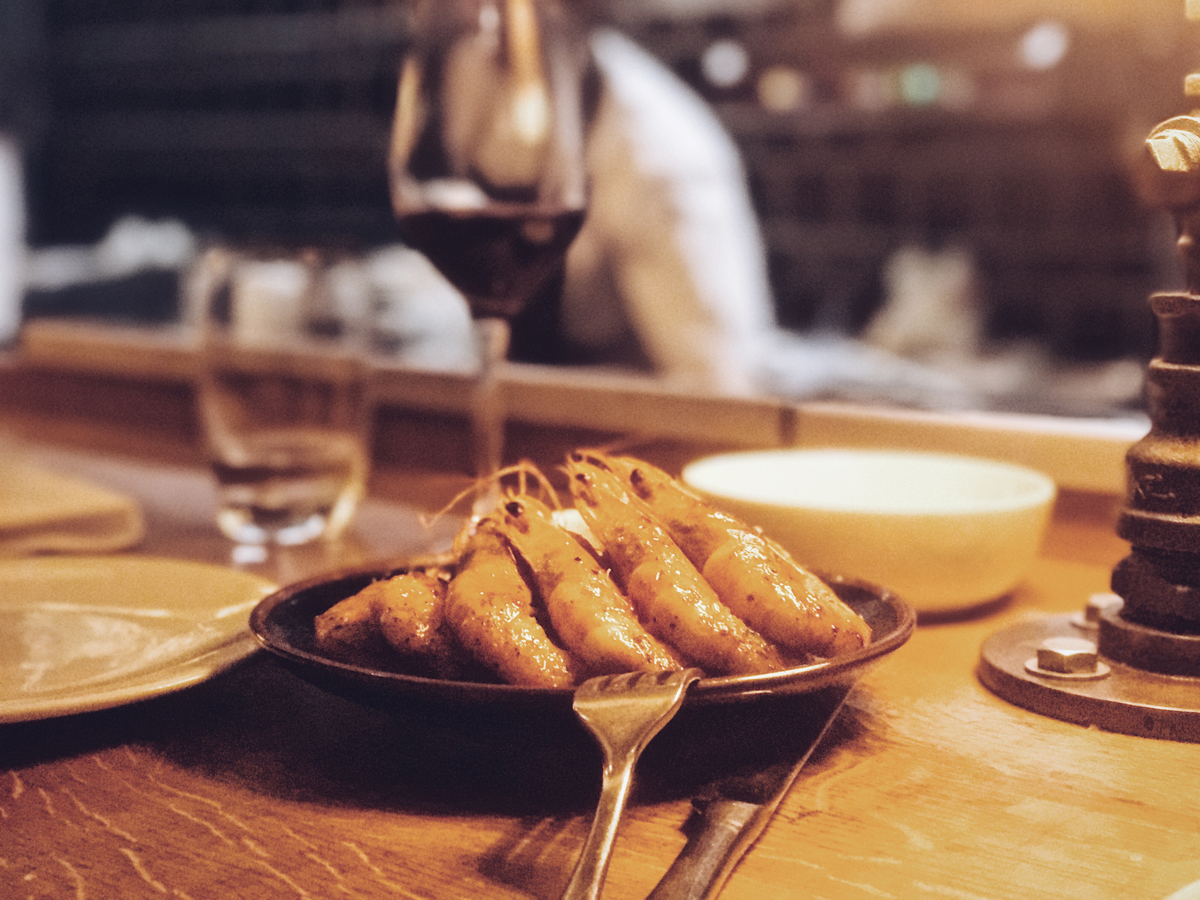 As if I’m not excited enough, the small Spanish plates just keep on coming, croquets, tiger prawns, chorizo and scallops continue at the same standard we’ve become accustom to.

But it’s the ribs and lamb skewers that steal the show, ribs that have been sous vide in a quest for melt in the mouth meat and the most amazing lamb cooked exactly how a kebab style skewer should be, sends me into food heaven. 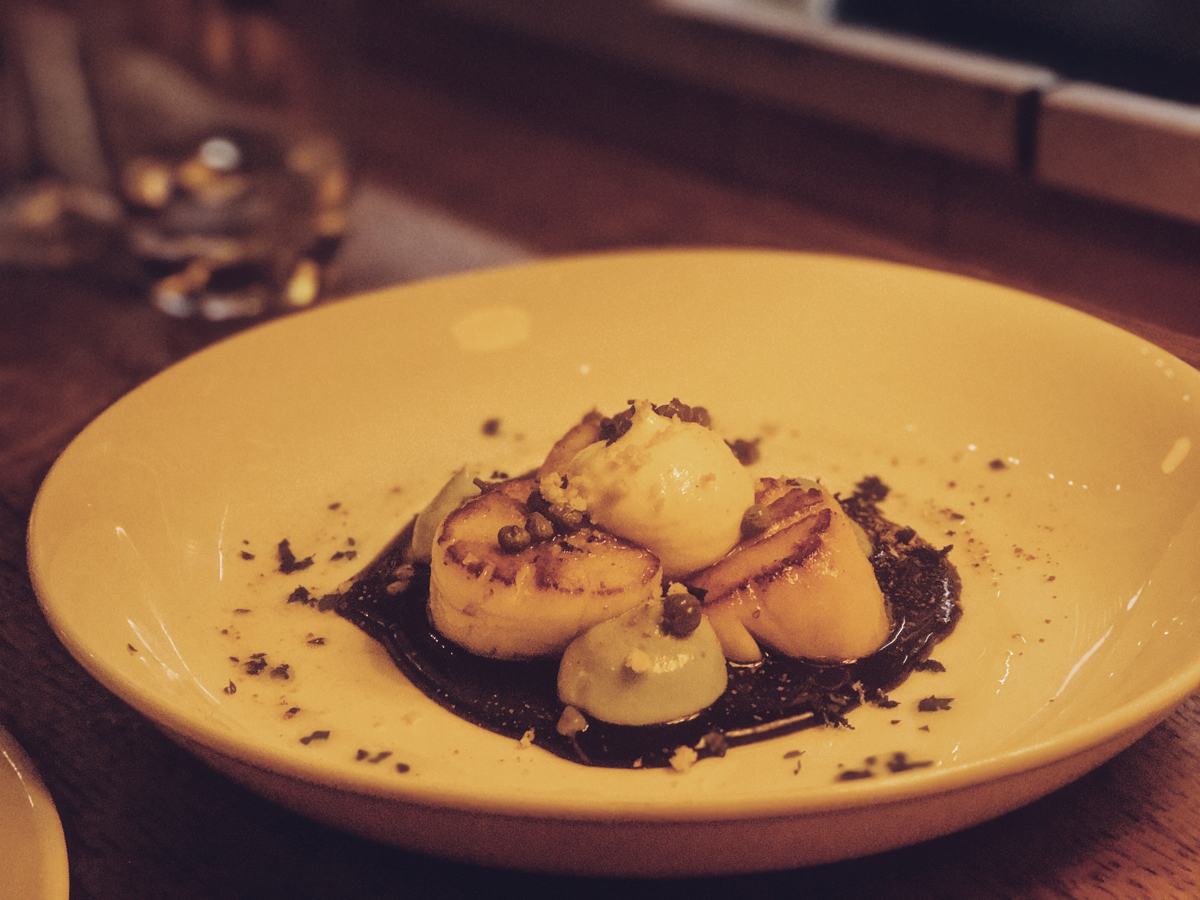 Even before our visit I had the upmost respect for Simon, not just from the reputation he leaves behind in Ripponden but also because of the influence he’s had on chef’s that have worked under him

In a recent episode of ‘Masterchef the professionals’ one of the finalists spoke passionately about the impact Simon has had on his career, that’s a bold statement on prime time TV.

We should be very proud in Yorkshire! One of our own as flown the nest and is showing those across the Pennies how it’s done, Manchester has for a long time craved a Michelin Star and there are 2 front runners who always seem to get a mention, but on this occasion could it be the cat that outsmarts the horse? 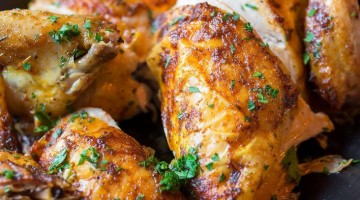