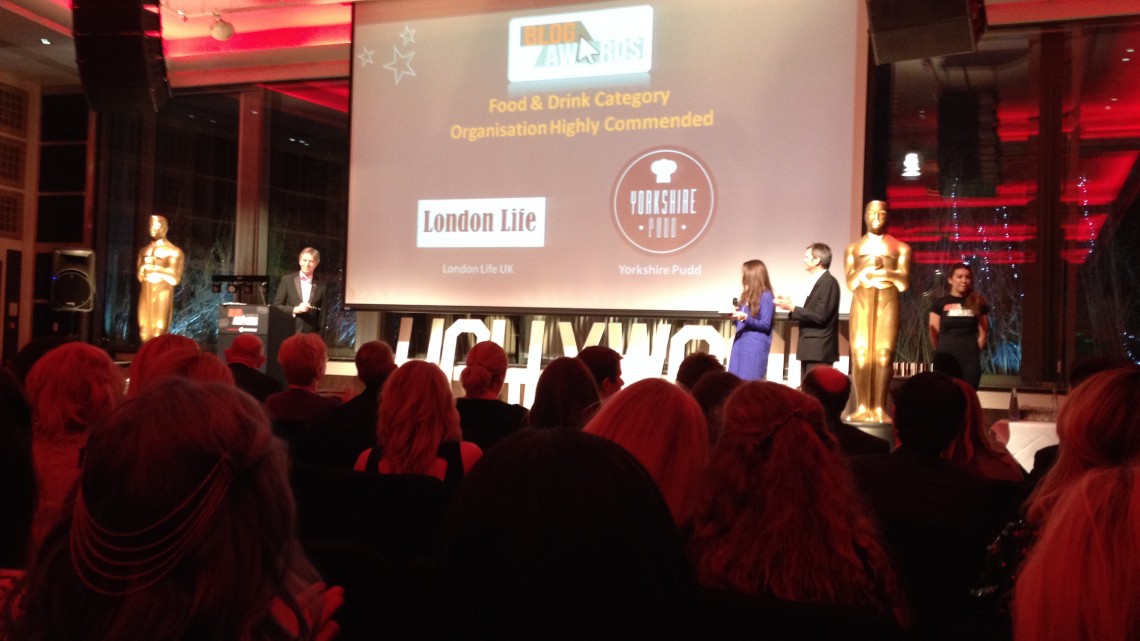 In what started out as a ‘let’s suck it and see’ experiment to put our blog in the public limelight turned out a huge success for the creators behind the scenes at Yorkshire Pudd on Friday night at the UK Blog Awards 2014.

Even on the Grand Central train from Halifax (aka The Yorkshire Express) on the morning of the event there was an air of ‘why are we even going’?

But as we arrived at the swanky Grange Hotel at St Paul’s in London there was a hint of an impression that actually more people may have heard of Yorkshire Pudd than we first thought.

And when Chris realised that the contenders page had a distinct lack of blog logo’s on the screens – yet the organisers had requested our logo three weeks before the event – confidence began to build. 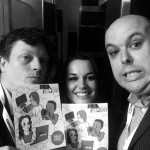 After a bit of research earlier in the day we were certain that Adam Clarke from London Life UK was our strongest competition (strangely we later found out he thought the same about us), but in fact it was both of us that missed out on top spot. Both blogs, however, claimed ‘Highly Commended’ praise from the judges.

Result! We’d gone with no expectations at all and came away with a confidence that people like what we are doing here at Yorkshire Pudd and now we have an award to prove it! (I hope that’s the case anyway…!) 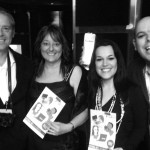 We weren’t the only Yorkshire folk in the Big Smoke attending the UK Blog Awards 2014. We also had the pleasure of meeting Angie and Richard Aspinall serial bloggers and creators of the Twitter-famous #YorkshireHour and we were pleased to see them also have some success at the awards.

We can’t end this blog post without mentioning the most outrageous goody bag ever. We live and breathe the Yorkshire tradition of ‘owt for nowt’, so you can imagine that Chris and Claire were the first in the queue to pick up the freebies – only to find a roll of wallpaper, some small samples of carpet tiles, a biscuit, cocktail mixer and some 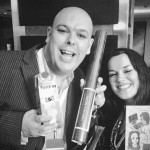 Team Yorkshire Pudd is very proud to have been part of the event, which was the very first UK Blog Awards – dreamt up and organised by Gemma Pears and Becki Cross – and saw loads of amazing blogs and talented bloggers take prizes. Watch this space for future years! 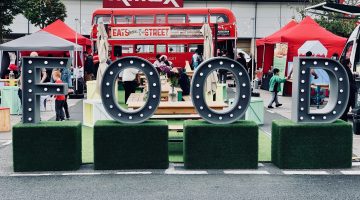