Land Rover hosted an outdoor Great British Winter BBQ in North Yorkshire this weekend as part of its spirited #Hibernot campaign which encourages families and friends to embrace the hidden treasures of winter. Our very own Chris and Claire were there to enjoy an afternoon of good food, fun for all the family and surprise entertainment.

James Martin whipped-up copious barbecue-inspired gourmet treats such as the ‘Land Rover’ burger in a live demonstration to entertain the 250 guests. 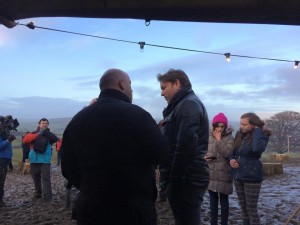 Taking time away from his delicious offerings at the grill, James spoke exclusively to Yorkshire Pudd and explained why he (unlike us) rests his Yorkshire Puddings for 24 hours. James also talked about his love for Yorkshire and the menu he’d created for the #Hibernot Great British Winter BBQ event.

Just when you thought the day couldn’t get any better, an atmospheric soundtrack provided by singer and Strictly Come Dancing star Pixie Lott serenaded guests with an impromptu acoustic set.

To help people make the most of the winter months, Land Rover’s #Hibernot website www.hibernot.co.uk features over 300 recommended activities, some of which are located in Yorkshire. 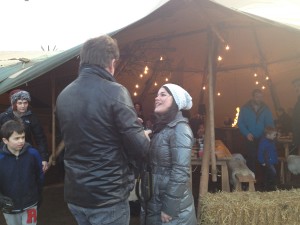 www.hibernot.co.uk features the 4.2km-long Ingleborough Cave and its waterfall as a ‘must see’ location. The cave boasts not only the deepest waterfall in England, but also has a 1,640ft long space where visitors can marvel at the stalagmitic formations which are said to be 350 million years old. Other natural wonders that are recommended by the site is Bolton Abbey, which is surrounded by beautiful woodland and moors and is criss-crossed by more than 80 miles of walking tracks, and Blakey Ridge which is an excellent environment for ramblers with its beautiful slopes, whilst more experienced hikers may set their sights on the mammoth 192-mile Coast to Coast trail.

Nature enthusiasts are encouraged to head to the southern slopes of the North Yorkshire Moors National Park. Dalby Forest is teeming with wildlife including badgers, roe deer and nightjars, while history-buffs are recommended to visit Skipton Castle, one of the best-preserved medieval castles in the country. 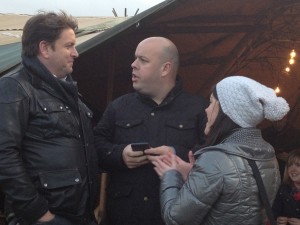 Warren Gill is a shooting ground offering clay pigeon shooting within a safe and friendly environment which makes it a perfect #Hibernot location. Situated in Lower Wensleydale, Warren Gill enjoys some of the most picturesque countryside in North Yorkshire and is guaranteed to deliver a great day out for those craving epic views and fresh air.

Hibernate? Land Rover & Yorkshire Pudd say ‘Hiber-not’! We’re embracing winter and encouraging people to get outside and enjoy Britain in the colder months. What better way to finish January than with a celebration of the great outdoors? 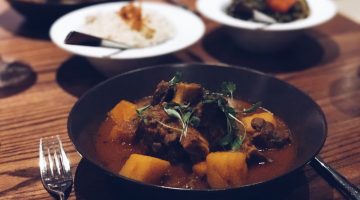