The Malton Legacy of The Yorkshire Pudding

A stalwart icon of regional food culture is being celebrated with the posthumous unveiling of a street mural, dedicated to 18th century chef, Hannah Glasse. 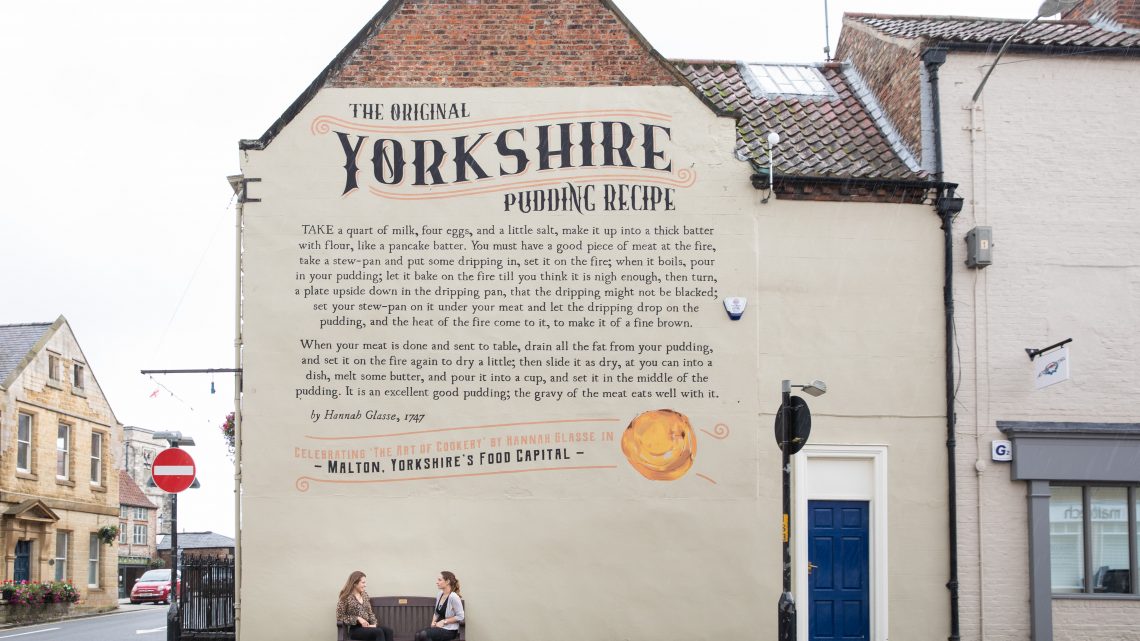 A stalwart icon of regional food culture is being celebrated with the posthumous unveiling of a street mural, dedicated to 18th century chef, Hannah Glasse.

Taking pride of place in Yorkshire’s Food Capital of Malton, the Yorkshire Pudding masterpiece has been commissioned by Visit Malton in celebration of the region’s iconic food heritage and most prominently, the woman who paved the way with the very first Yorkshire Pudding recipe.

While the Yorkshire Pudding is famed across our land, has graced our dinner tables for centuries and has been honoured by generations of chefs on restaurant menus, it’s not been such a story of fame and recognition for the very chef who conceived the first ever recorded recipe in Yorkshire Pudding history – until now.

While the notion of a “dripping pudding” came about in 1737, it wasn’t until the publication of a 1747 recipe book ‘The Art of Cookery Made Plain and Easy’ when the Yorkshire Pudding recipe as we know it was born. It surged to fame, gaining its official title ten years later but the author however, mysteriously penned “By a Lady”, retained her anonymity – subsequently revealed to be Hannah Glasse. 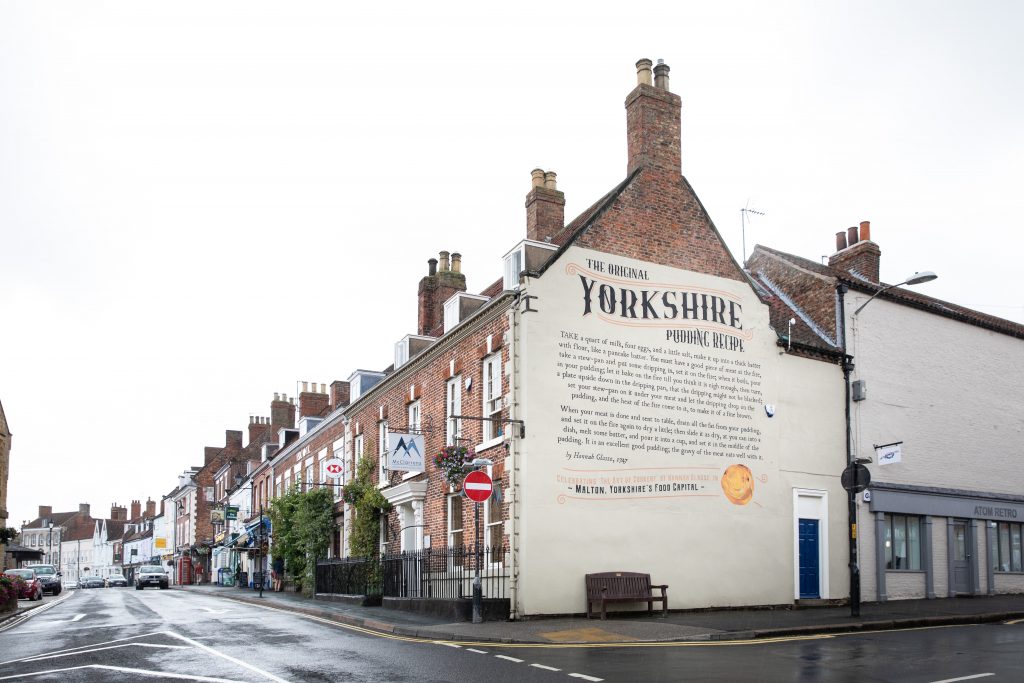 The book’s success saw it reprinted in its first year and it remained in print for almost a century with over 20 editions, but regrettably, Glasse did not share the prosperity of her recipe. In 1754, bankruptcy forced her to auction her most valued asset – the copyright to the book.

Now permanently illustrated in the heart of Malton for visitors to enjoy for decades to come, Visit Malton hopes to givetrue appreciation to Hannah’s deserving recipe, which has shaped Yorkshire’s food heritage and will continue to do so for future generations.

Tom Naylor Leyland, Director of Visit Malton, explains; “We all know and love the mighty Yorkshire Pudding. No roast dinner is complete without it and it holds a nostalgic place in the hearts of home cooks and foodies across the UK. I have fond childhood memories of my grandparents and parents cooking up delicious golden, crispy Yorkshire puddings on a Sunday, just as my children will, but how often do we stop to celebrate its legacy?!

“Malton is widely recognised as Yorkshire’s Food Capital, home to some of the finest artisan and independent food and drink producers in the region, as well as year-round foodie events. We’re proud to welcome tens of thousands of food lovers into our town annually to appreciate Yorkshire’s impressive food culture. It’s with great honour that we have installed a giant tribute to our treasured Yorkshire pud for all to see and appreciate, taking pride of place in the town centre.”

The concept of ‘ghost signs’ are already a popular feature in the town, giving a nostalgic nod to the style of traditional advertisements from years gone by. Other Malton ‘ghost signs’ for Talbot Yard and the Visit Malton cow logo can be spotted by eagle-eyed visitors across town as well as this new sign on Newgate, leading into the bustling Market Place.

Sean McClarron, Managing Director at McClarrons, whose building is home to the artwork, explains; “We are delighted to be able to support Visit Malton’s efforts in promoting Malton’s reputation as Yorkshire’s Food Capital. Malton has so much to offer visitors as well as businesses, like ours, and we welcome this fun and unique artwork to the side of McClarrons building!” 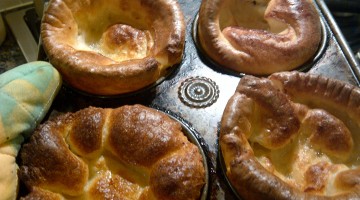