The New Conservatory in Leeds City Centre is not somewhere I’ve frequented for almost 20 years, back then it was for one reason and one reason only, alcohol, excuse me for that, I was only 18. 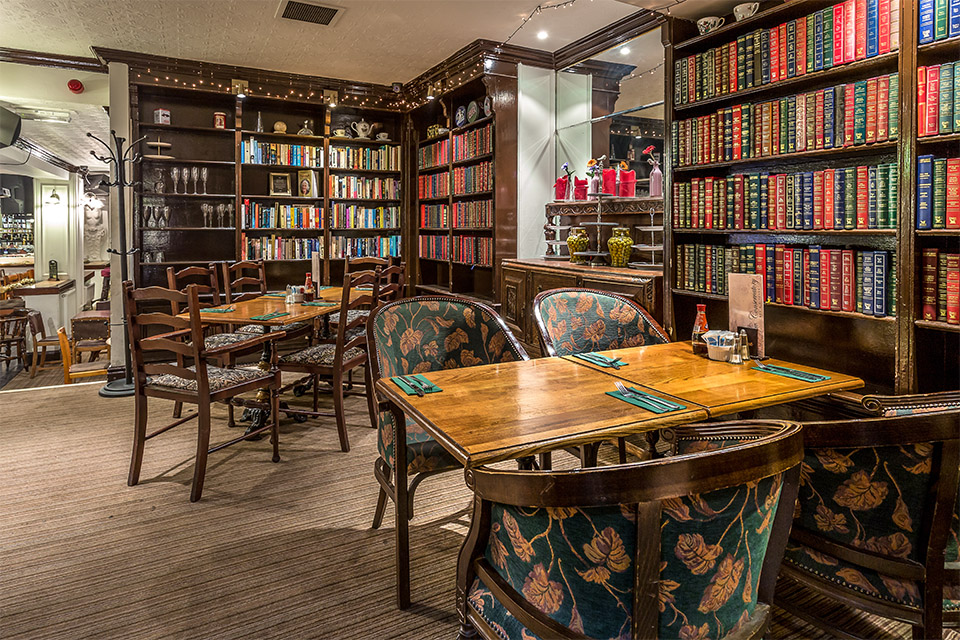 If you’re a real foodie you’ll sympathize with me when I say “I’ve become a food snob”, I always vowed I’d never do this.

In fact I once criticized Jay Raynor for it, he clearly took exception to this has he blocked me on twitter, Whoops.

I am however a great believer in the fact that if you know your weaknesses you can work on them.

So I’m now on a mission to find the best places to eat that don’t cost the earth, and dinning there is not a matter of firstly checking your bank balance but more a case of, let’s do it! 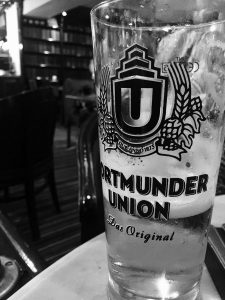 To put this to the test I found myself in Leeds recently.

It’s late evening, it’s been a long day in the office and my wife is close by, the thought of cooking when we eventually get home is not something I’m even considering.

So we need something satisfying and cheap on the pocket to see just how resolute I can be.

The New Conservatory in Leeds City Centre is not somewhere I’ve frequented for almost 20 years.

Back then I only went into places like the New Conservatory for one reason and one reason only, alcohol, excuse me for that, I was only 18.

What struck me straight away about the New Conservatory was the epic range of beers and ales, to me it displays all the hallmarks of an owner who insists on quality beer and bodes well for the food.

I had every intention of skipping starters and just having a main and a beer but the choice was far too tempting, tempura prawns with sweet chilli sends me weak at the knees.

Did they satisfy? On flavor yes but on execution probably not, the batter certainty wasn’t tempura but what laid underneath was incredibly good juicy fat prawns and that made up for any misgivings in the batter. 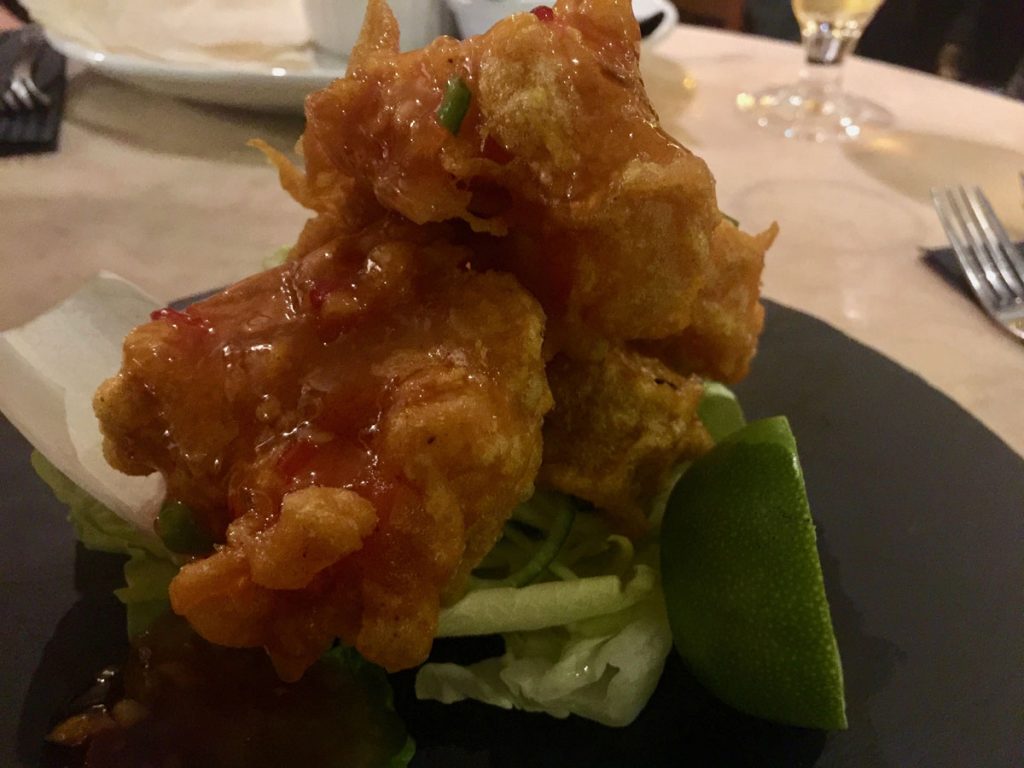 Main course just has to be Ribeye steak, sourced from Sykes House Farm farm at an incredibly reasonable £17.95 I’m keen to find out what it’s like.

No misgivings here, a beautifully cooked piece of meat that is simply accompanied by the traditional mushrooms, tomato and chips together with a pepper sauce. 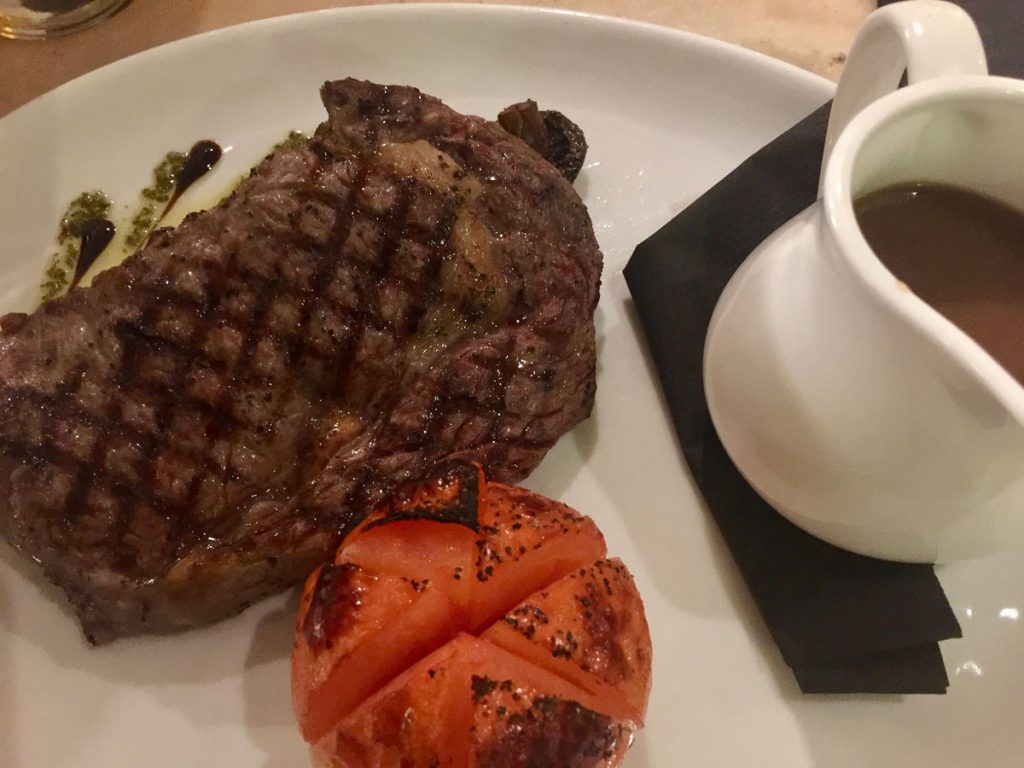 For my dinning partner, duck and pancakes to start and chicken and rosemary pie for main, great feedback from across the table and we leave delighted that we’d taken then first steps in unbecoming a food snob. 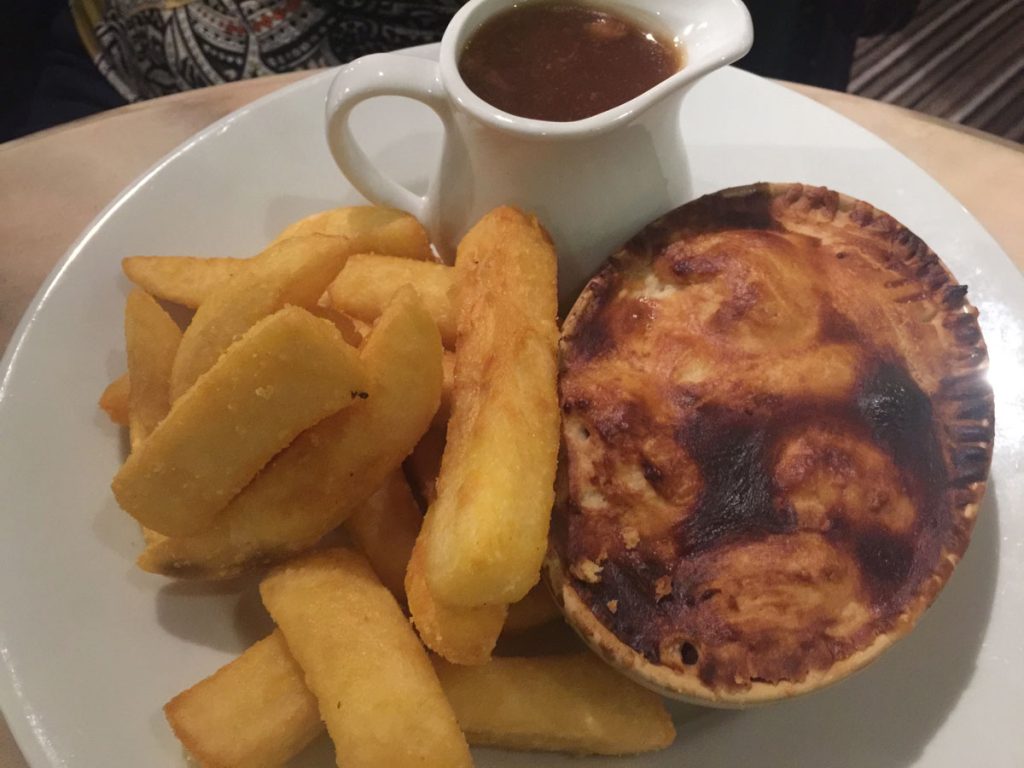 Would I recommend the New Conservatory? Depends what your after, reasonable food and reasonable prices? Then Yes, Yes I would.

This challenge to rid myself of being a food snob is going to be a tough one, but the mission continues! 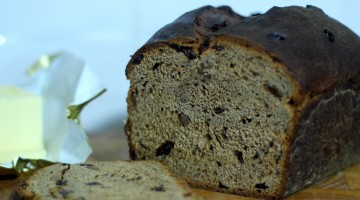