Many recipes have ingredients lists long enough to put you off making the dish. My nanna’s toffee recipe isn’t like that. Only four ingredients are necessary and the whole process of making the toffee can be done in less than 10 minutes. 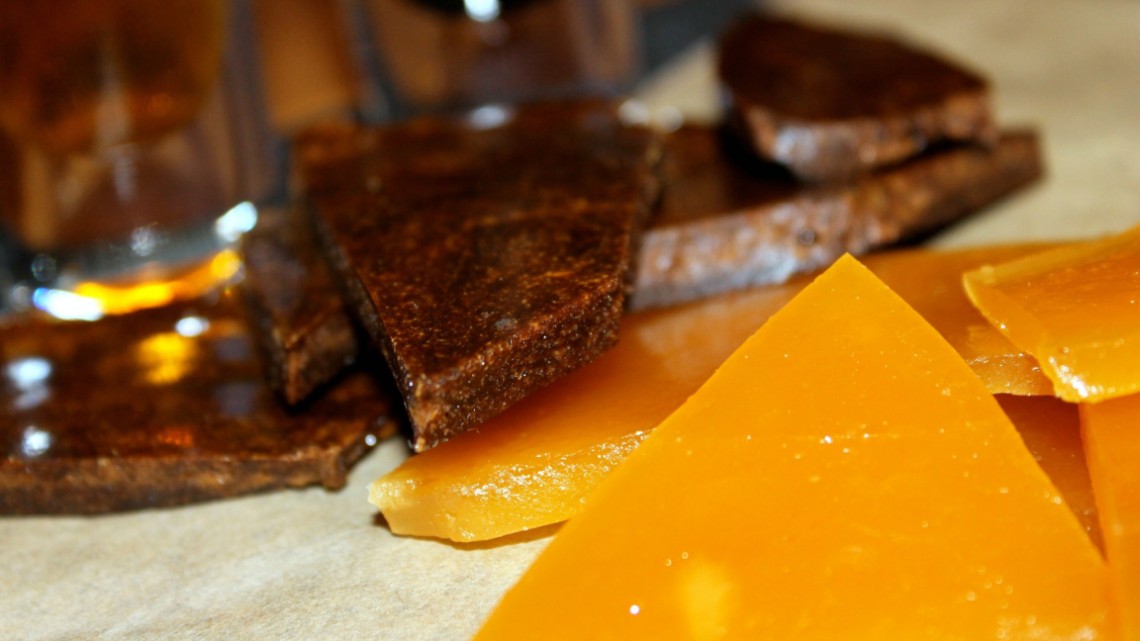 Taste the toffee we made!

Many recipes have ingredients lists long enough to put you off making the dish.

My nanna’s toffee recipe isn’t like that. Only four ingredients are necessary and the whole process of making the toffee can be done in less than 10 minutes. 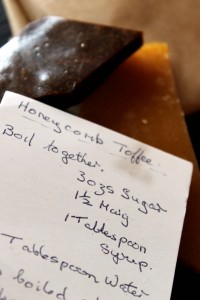 I’ve actually made a few batches just this week. I wrap the toffee in baking parchment and give the treat to friends and family. They love it and get to pick their favourite flavours.

Nanna spent a lot of time in the kitchen with me when I was a child. I remember standing on a dangerously high, wobbly stool by the hob, stirring lava-hot toffee in a pan. My brother would squeeze in beside me to do the same thing, except instead of syrup flavoured toffee, he stirred toffee flavoured with treacle.

We often competed for our grandparents’ neighbor’s vote. In Cumbria, coffee is a meal served between breakfast and lunch. Their neighbor – at half a mile away – loved to come by for his coffee and taste the toffee we made, announcing mine or my brother’s the winner. 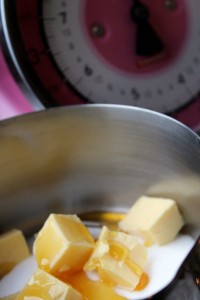 My brother and I could taste the competition as we stirred our toffees, testing the toffee like experts as we repeatedly dropped a small blob into cold water until we got the exact texture we wanted. Then, we’d quickly pour out the mixture to let it cool. When the toffee was cooled, we smashed it and declared the treat ready for the preacher to taste test.

No matter what, he always chose the treacle toffee as his favourite. Fortunately, Nanna evened things up by voting for my syrup toffee. I like them both, but you won’t know for yourself which one you prefer until you give the recipe a try!

Tip: The longer you cook it, the harder and crisper the toffee.

To test, drop a tiny blob of the mixture onto a saucer of cold water and taste. Once the consistency is to your liking, empty the mixture immediately into a lined and oiled small baking tray.

Leave to set, then lift out and smash with a knife.

Simple, homemade treats like this are nice to share; you know there aren’t a bunch of additives, just a bunch of goodness, passed down from my nanna to you and yours. Enjoy! 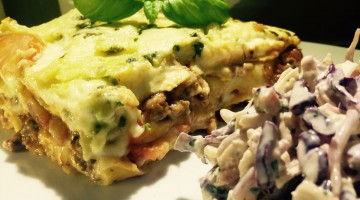 #ThanksMum for this amazing lasagna recipe