It has become a common sight on matchday across the United Kingdom, as many fans that visit the football expect to get a pie either before the game or at half-time. 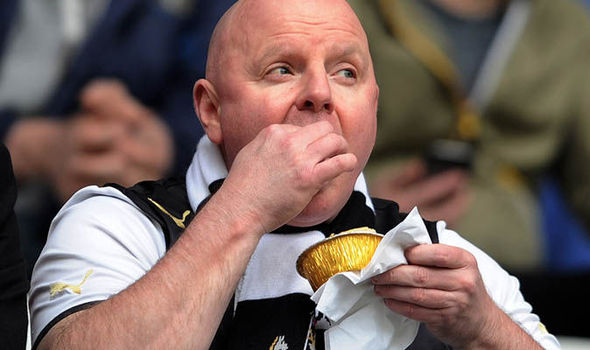 It has become a common sight on matchday across the United Kingdom, as many fans that visit the football expect to get a pie either before the game or at half-time.

If Americans, who bet on the NFL or NBA BetAmerica Extra odds, prefer chicken wings and pretzels as their sport snacks, in the UK we are all about football pies.

Whatever may be happening in the game will soon be forgotten about, as it is the perfect remedy should your team being beaten heavily at the break.

It is the ideal way to dissect the game with your friends in the concourse, while also sampling what the away team have to offer. But, what clubs around the United Kingdom excel when it comes to offering the best pie in the sport?

Those fans looking to save money when travelling away shouldn’t look any further than the pie up for grabs at Anfield. It was recently revealed that a pie at Anfield would cost just £2.90, which makes it the cheapest in the Premier League.

Of course, fans heading to Anfield in this modern era will be fearful of their fans chances, as Jurgen Klopp’s side have been dominant over the past 18 months, but a cheap pie will certainly be a reason to be optimistic about your next visit to Merseyside.

Premier League fans would have welcomed the return of West Bromwich Albion to the top-flight this season, as they are renowned for having the best pie in the league. The study was carried out by Coral in 2017, and the Baggies haven’t changed anything since that date.

The Baggies go above and beyond for ensuring the best possible experience for all fans, and the pie that is on offer is one of the many reasons for that.

The pie of choice for fans visiting the Hawthorns should be the Balti pie, which can’t be experienced anywhere else. It is the perfect way to heat up at the break at the highest ground in the country.

Best of all, it will also not be a purchase to break the bank, as it will cost just £3.20 for visiting fans, which is £1.30 cheaper than the most expensive found at Chelsea.

The Hornets have the second-best pie in the Premier League according to the 2017 study carried out by Coral.

Nonetheless, the Premier League’s loss is certainly the Championships gain, and fans of various Championship clubs will be counting down the days until they can try the revered pie at Vicarage Road.

It isn’t just English clubs that offer an excellent pie experience, as those north of the border will claim that the very best matchday pie can only be found in Scotland.

One of the best available will be at Kilmarnock, with two excellent options available. There is an excellent beefy pie available to those looking for a filling matchday bite to eat.

Meanwhile, those that are looking for something a bit fishier will also be able to find a pie that tailors to their needs.

Still, the most popular pie available during matchday is the Killie Pie, which has the right mix of meat and gravy, and more than makes up for the disappointment that you could be feeling if your team are losing at the interval.

There’s not much between the two pies, which means the choice is all down to the visitor and what they are craving when they visit.

Next post Temporary and Modular Cafe Buildings: Insights for Investors

10 impressive sounding recipes which are easy to make

The Food of China 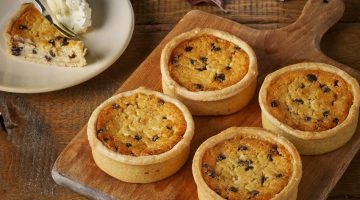 The best food and drink to come out of Yorkshire