Mr Nobody, Who? Mr Nobody!

My latest jaunt took me to the rather bizarrely named Mr Nobody, at least on first thought you might think bizarre, but now I get it, you see Mr Nobody is almost a little dig at all the chef’s out there that make it about them, Mr Nobody is different, it’s not about them, it’s about the food, 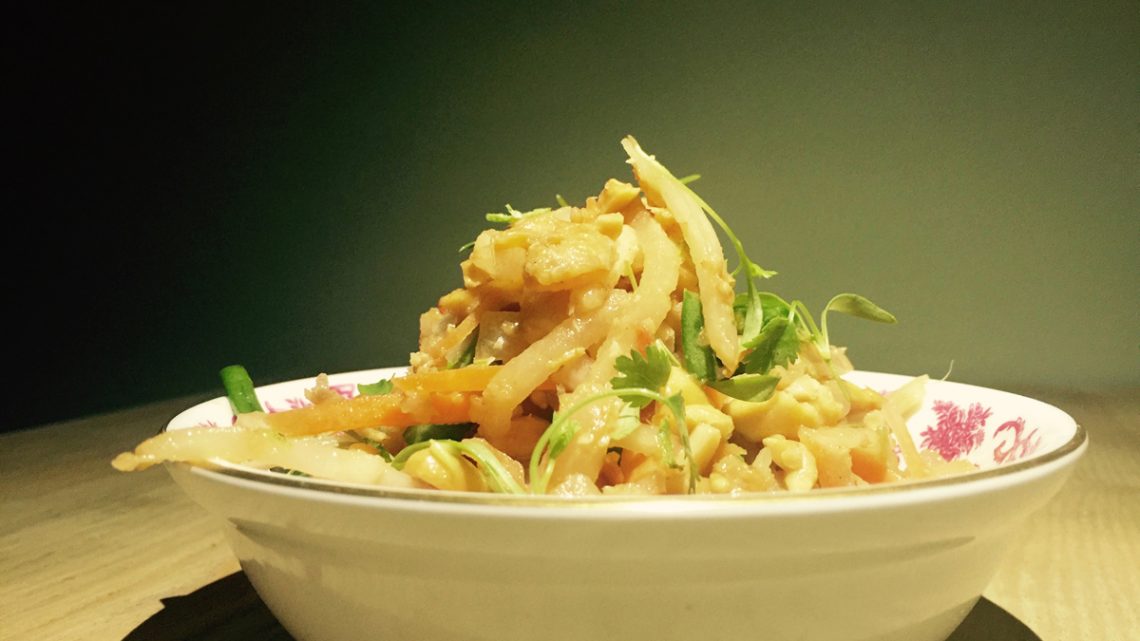 the rather bizarrely named Mr Nobody

Leeds Leeds Leeds, it’s all I hear these days, not because I support the football team (trust me, far from it) but because the foodie scene in Leeds is expanding exponentially.

I went through a period last year where almost every invite I received was to restaurants located within in spitting distance of the A1 in the general direction of York, this year it’s been different and it’s all about Leeds, it seems like I’ve spent more time in Leeds in the last 6 months than I did when I worked in the city some 20 years ago (gosh is it really that long ago)

My latest jaunt took me to the rather bizarrely named Mr Nobody, at least on first thought you might think bizarre, but now I get it, you see Mr Nobody is almost a little dig at all the chef’s out there that make it about them, Mr Nobody is different, it’s not about them, it’s about the food, It’s this concept that I wanted to discover further, exactly what lengths would they go, to ensure the food takes centre stage, and then the answer, we don’t care about where it’s from but the provenance and quality is. 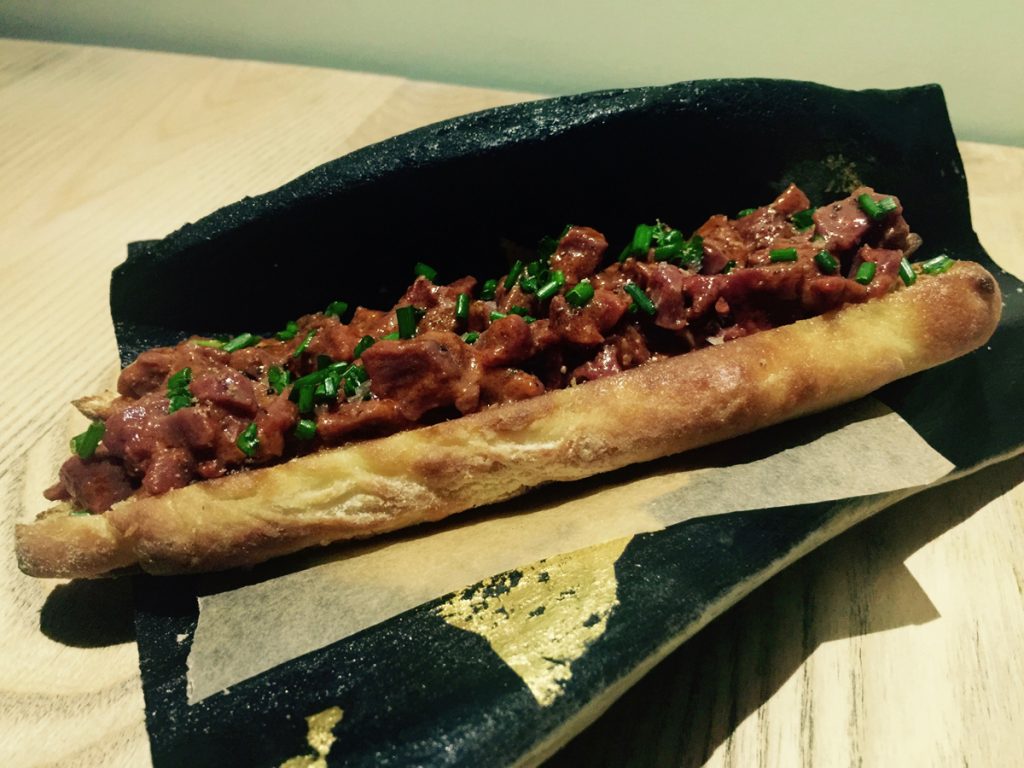 Hang a minute; does somebody need to explain the hype around ‘locally sourced produce’ to Mr Nobody? It would seem not, as he rightly explains the sea is not local to Leeds is it? In fact the closest fish port is some 70 odd miles away, it’s hardly local is it? So if I’m not going local for my fish why not ensure that all our produce is of the finest quality regardless of if that’s from Yorkshire or not. I’m most certainly on board with this concept! 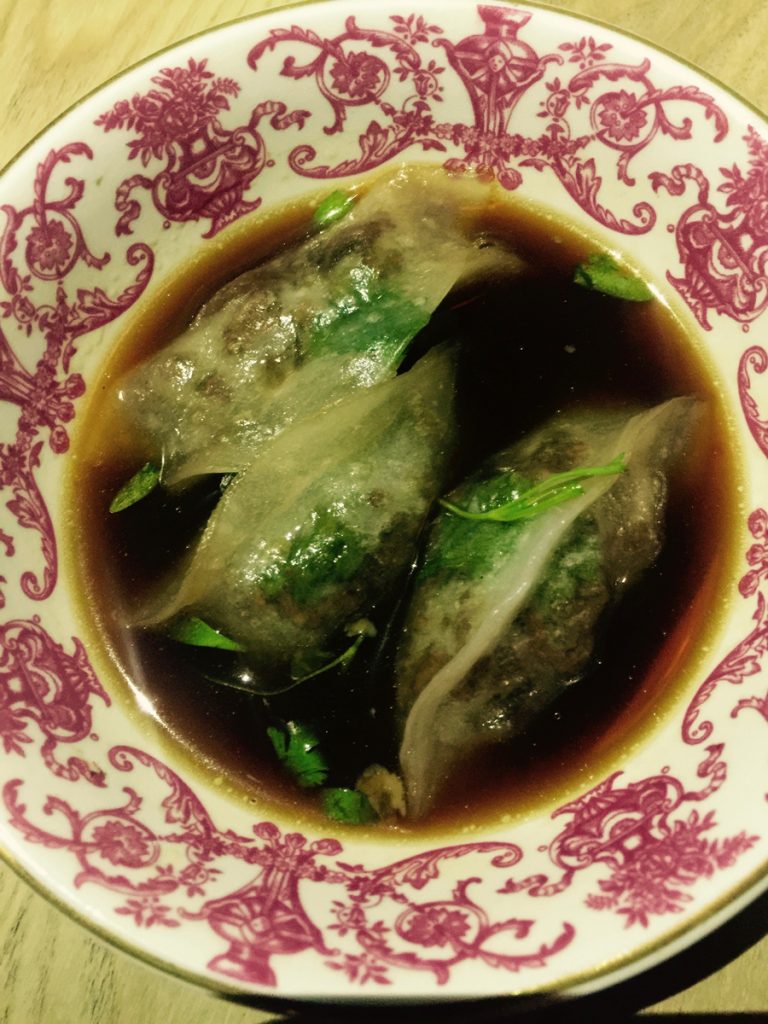 Looks are deceiving from street level, first impressions give me a feel of student hang out, meets costa del sol beach bar, and to be honest not the sort of place that would normally appeal to me, however a guided walk downstairs and into the restaurant gives a different feel altogether, although way too dark (so much so that at times I could barely see what I was eating) it’s got more of a restaurant look and feel to it, exactly the place I want to be. 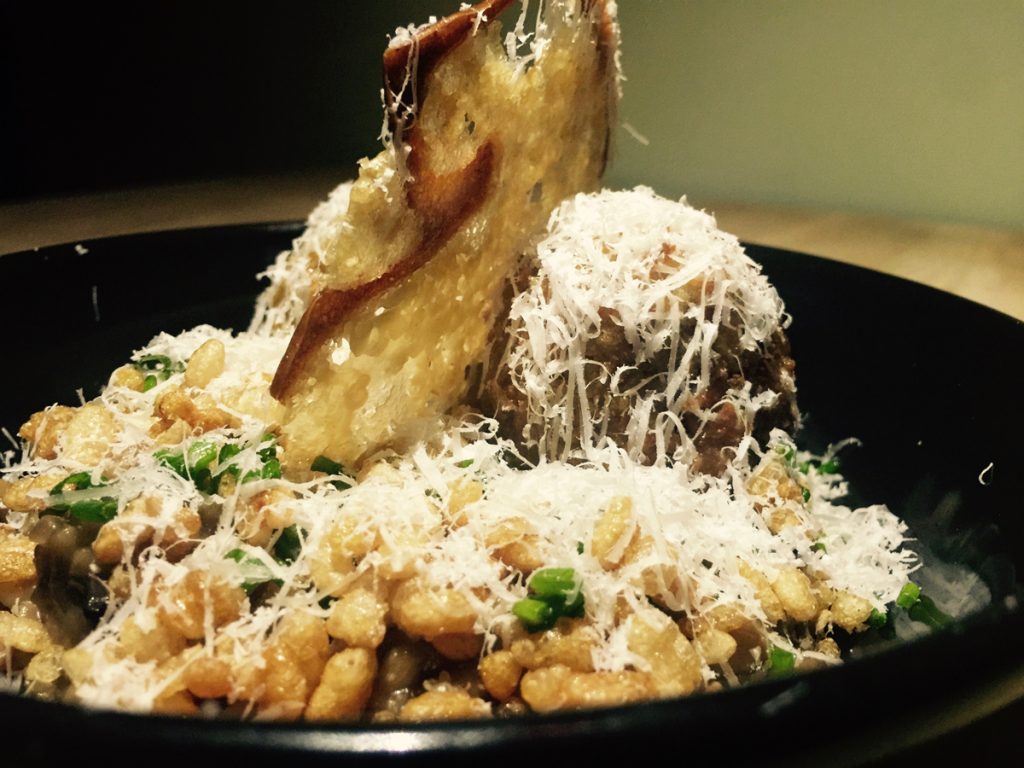 I may not be able to see my food, but boy can I taste it and gosh it’s good, the chef delivers us 8 dishes /courses call it what you will, of absolute pleasure, the dishes that are a little bigger than tapas but not so big that 8 is over facing.

I know what you’re thinking! This list read’s impeccably and you’d be right, every dish takes you on a journey, it’s almost a trip around the world, for me the highlights are the Dumplings and the Chocolate Tart. 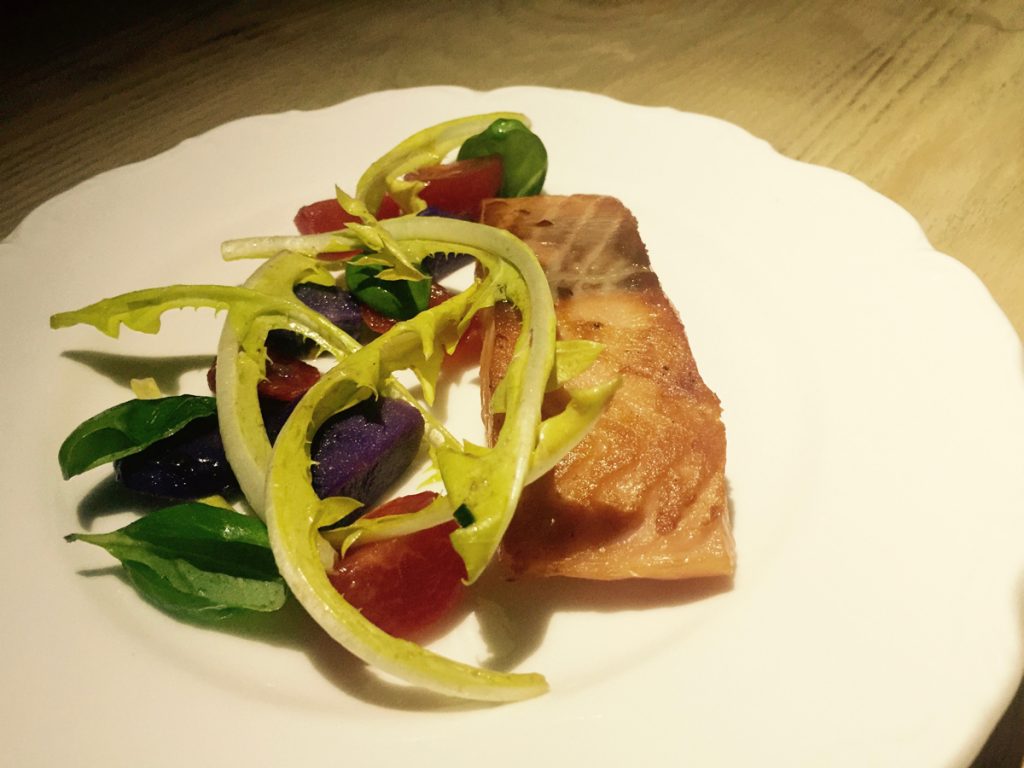 Put simply, If I was told that I had to eat these dumplings for the rest of my life and nothing else then I’d be absolutely fine with that, the crafting that goes into these little parcels of pleasure must take an age, to add to that a consommé I’m guessing makes this a very tricky but skillful dish to construct, when you can create a dish that’s more at home in a Chinese restaurant and do it better than most, you know you’re on to a winner! 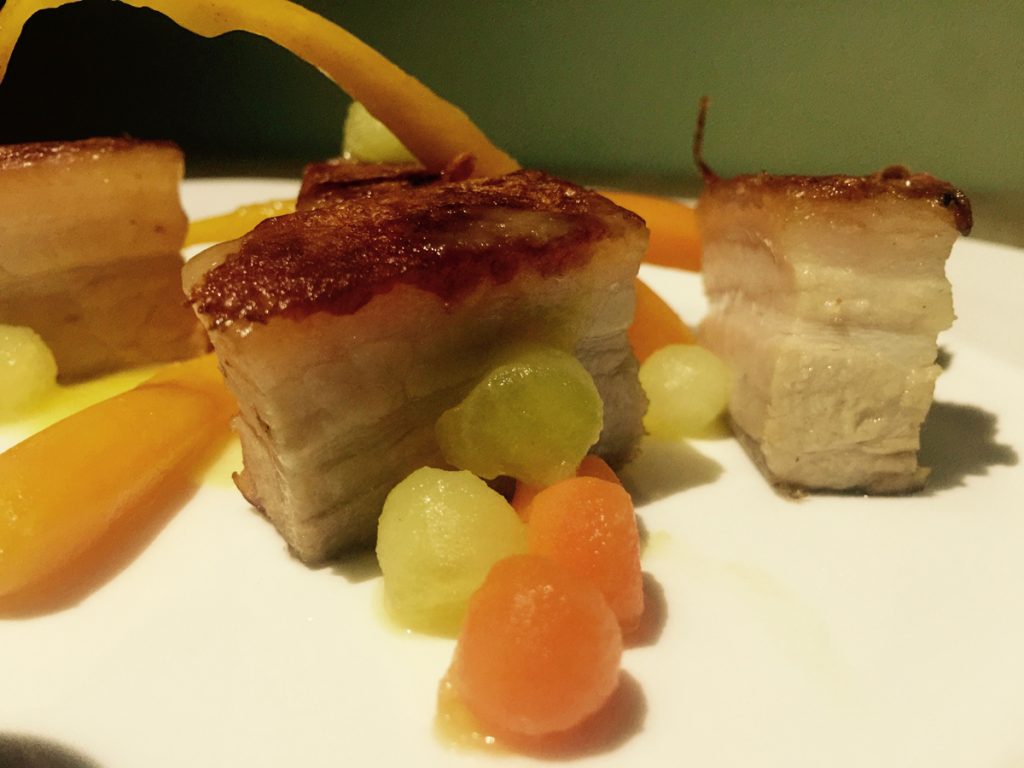 As for the chocolate tart, well well well, I’d never thought of that, think chocolate fondant in a pasty, with the most amazing ice cream that’s ever blessed your pallet, it’s an incredibly clever dessert that takes away the level of over indulgence normally seen in a chocolate fondant (I’m thinking size) and replaces that with a shorter than short, short crust pastry that delivers a crunch that for years the fondant as missed. It’s a pleasure to eat and something I’ll be without doubt trying to recreate at home. 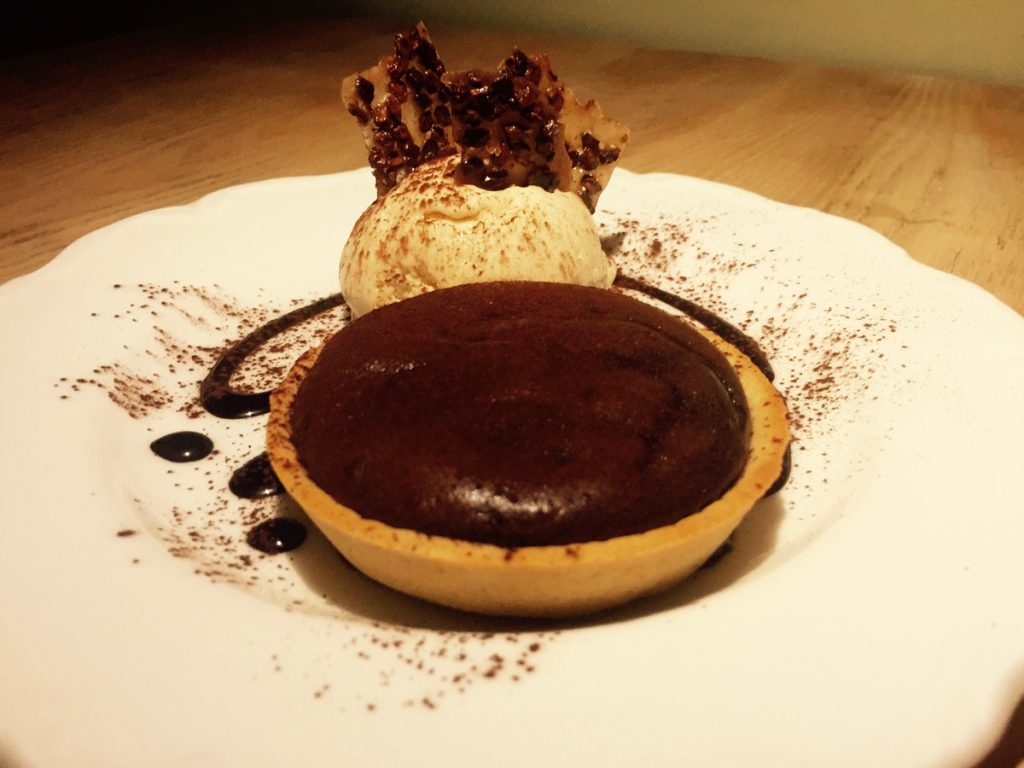 As always the question is would I return to Mr Nobody, the answer is absolutely, probably not a romantic meal with my wife (I wouldn’t be able to see her) but a table with friends would be well suited here, especially given the fact that the overzealous waitress will entertain you if you friends won’t.

Previous post 50 SIGNS OF BEING A FOODIE IN YORK REVEALED 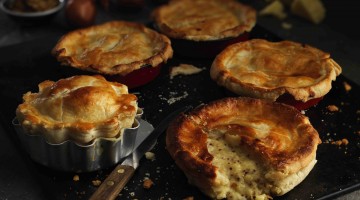